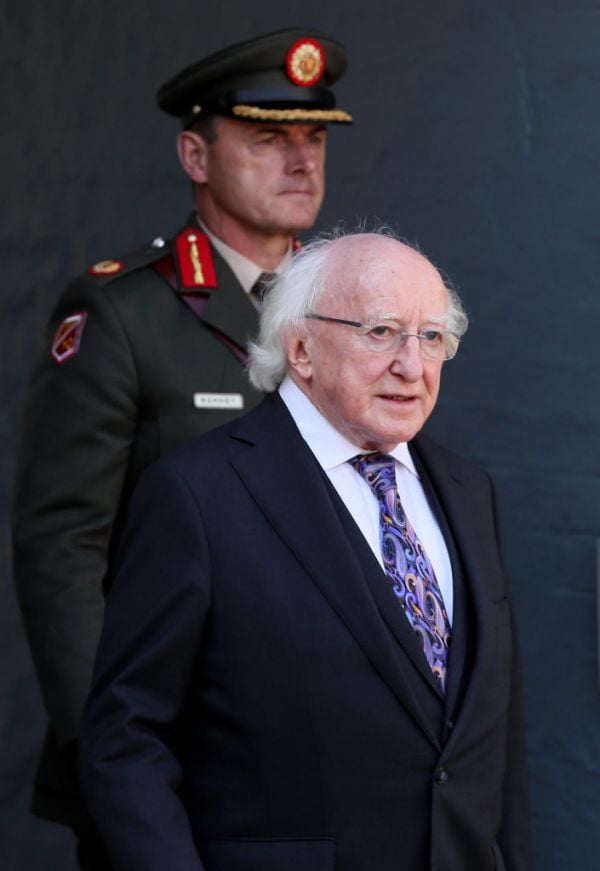 President Michael D Higgins has said the State and Catholic Church must bear a “heavy responsibility” for violating the rights of the survivors of homes for unmarried mothers and their children.

In a statement, Mr Higgins said meeting the needs and addressing the concerns of survivors must be at the heart of the response to the mother and baby home report.

He said the Commission of Investigation’s report shows how the violation of fundamental rights of citizens was condoned over an extended period of time.

“State and Church bear a heavy responsibility for this,” he added.

“My thoughts must be, as they have been so often before, of the mothers and of the infants who died, of those children who survived and who continue to carry the trauma of their early lives, and beyond that the burden of being deprived of information about their birth parents.”

The report found the institutions for women who fell pregnant outside of wedlock produced high levels of infant mortality, misogyny and stigmatisation of some of society’s most vulnerable.

Many mother and baby homes were run by Catholic nuns.

The report outlined a number of recommendations, which the Government has said it will implement.

Mr Higgins said the publication of the report is not a conclusion.

“(It is) an indication of the further work that is required to bring to light a fuller understanding of what occurred, and why, and the need to vindicate the rights of those women and children who resided in these homes,” he added.

“This report now follows other reports on institutional abuse and the society that allowed it or offered a colluding silence.

“It took five years to complete, and there is now a responsibility to move without delay to the next phase of this process and to respond adequately and generously to the needs and rightful concerns of the survivors and other victims.”

The President said the interaction of the institutions must be considered in a number of terms, including:

“It is the State that is charged with safeguarding the welfare of its most vulnerable citizens, and it is the State that must bear primary responsibility for failing to provide appropriate supports for these tens of thousands of young women and their children,” Mr Higgins added.

“It is important, too, to recognise, and with what consequences, how a newly independent State was captured by a judgemental, authoritarian version of church/State relations that sought to be the sole and ultimate arbiter of morality.”

Among its findings, the report exposed “appalling” levels of death among the very youngest – more than one in 10 children.

Some of the institutions were owned and run by local health authorities – the county homes Pelletstown, Tuam and Kilrush. Some of the homes were in very poor physical condition.

Many of the women suffered emotional abuse and were often subject to denigration and derogatory remarks, the commission of investigation’s report said.

Almost 9,000 children died, approximately 15 per cent of all those who were in the institutions, it found. Major causes of death included respiratory infections and gastroenteritis.