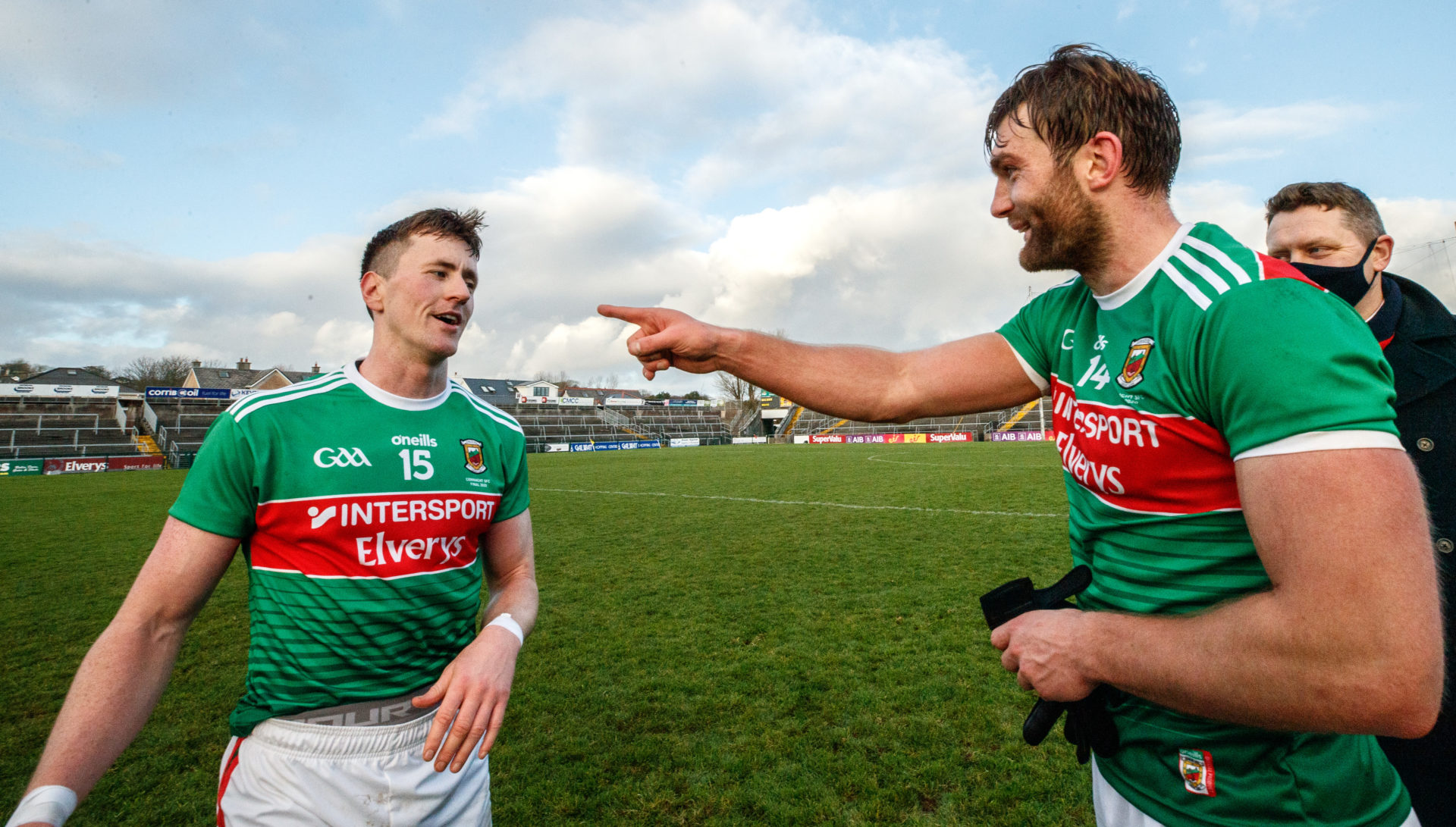 Cillian O’Connor and Aidan O’Shea celebrate after Mayo’s Connacht final victory over Galway in November. Both players have been nominated for All-Star awards, while O’Connor has also been included on the shortlist for Footballer of the Year. Picture: INPHO/James Crombie

Twelve Mayo footballers have been included in the list of nominees for the 2020 GAA/GPA All-Star awards announced this morning.

Mayo are second on the list in terms of the number of players included among the nominees, with All-Ireland champions Dublin garnering one more nomination with 13.

Previous All-Star winners Lee Keegan, Chris Barrett, Aidan O’Shea and Paddy Durcan (Mayo’s only All-Star in 2019) have also been included in the nominations, as has Cillian O’Connor, who has also been shortlisted for the Footballer of the Year award alongside Dublin duo Brian Fenton and Ciaran Kilkenny.

Kevin McLoughlin and Mattie Ruane, both of whom are up for their first All-Stars, round out the Mayo nominees.

Ulster finalists Donegal have three nominations, beaten Connacht finalists Galway have two and each of Limerick, Kerry, Armagh and Cork have one nomination apiece.

The nominations were chosen by a panel of Gaelic Games correspondents from across print, radio, TV and digital media, chaired by Uachtarán CLG John Horan, who said:

“I want to acknowledge all of those who have been chosen among this list of nominees for the PwC All-Stars. The 2020 season will go down in history for the backdrop against which it was played, and all of our players deserve great credit for producing the levels of skill and enjoyment we witnessed. Our thanks to PwC for helping ensure those heroics are recognised here.”

It is intended that the presentation of the PwC All-Star awards will take place late next month in a TV show that will be in line with Covid-19 restrictions and will be confirmed in due course.