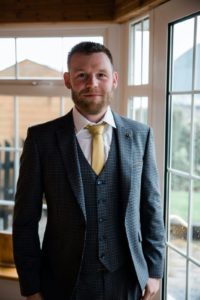 Nearly €23,000 has been raised for charity in memory of a South Mayo man.

32-year-old Denis Kelly passed away peacefully last week at his home in Carravilla, Hollymount in the loving care of his family.

Born and raised in Blessington, Kilmaine, Denis was a tree surgeon who trained in Forest Management as a result of his love of nature and his dedication and care to the environment.

He had worked and was much loved in his job at Ireland’s School of Falconry at Ashford Castle while more recently he has set up his own business, Hawthorn Tree Service, where his dedication to all things environmental and the nature around him shone through.

Denis had borne an illness for the past number of years but it did not deter him from his role as a husband to his loving wife, Ashling, a native of Aughagower, Westport, and their two adored children, Donnacha and Tiernan.

Unfortunately, Denis succumbed to his hard-fought battle and in a truly selfless act, in the days during and after his funeral, his wife, Ashling set up a donation page for Mayo Roscommon Hospice who she said were: “An incredible charity who helped our families through the toughest days of our lives. Without them and the palliative care team in Castlebar, we wouldn’t have been able to keep our beautiful Denis at home.”

Denis’s family are now raising money for the hospice and the Irish Cancer Society who cared for him with such compassion and dignity in his final days.

To donate in Denis’ memory, Ashling’s link can be found on the Mayo Roscommon Facebook page or https://www.cancer.ie/ways-to-help/donate/in-memory-tributes-to-your-loved-one/donate-in-memory