Cretaro brings the curtain down on a fairytale career 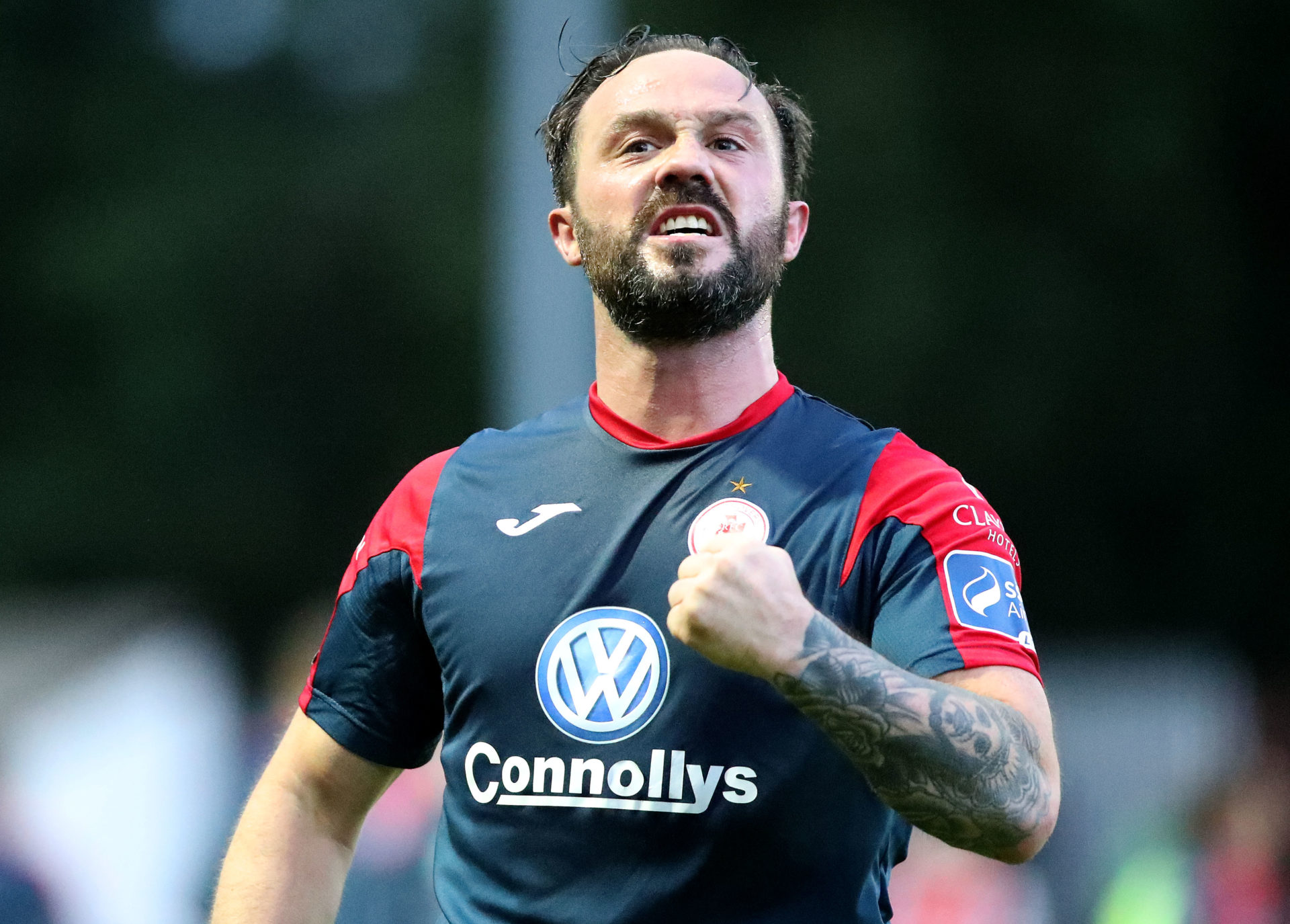 After a 21-year career that has seen him win all the major honours in the League of Ireland, Tubbercurry native Raffaele Cretaro has decided to retire ahead of the upcoming 2021 season. It was a decision that had been on his mind for a while.

“I first flirted with the idea last year but then (Finn Harps manager) Ollie Horgan got hold of me and I ended up going another season,” said Cretaro last week.

“But after speaking with him and Higgsy (Paul Hegarty, assistant manager) I decided that I was happy enough to call it time after last season. I’ve had a long career and have been lucky to pick up a few medals.

“Last season Ollie told me that I still had something to offer and that worked for me and I told him that even if it was only a minimal part then I would be happy to do that with a couple of minutes here and there. He ended up getting more out of me than that but we had a successful season with our best finish in over 20 years.

“I feel now that Harps as a club is at the start of something special and I am grateful to have been a part of that. I really enjoyed my years with Harps and playing for Ollie,” he continued.

Even with him having officially announced his retirement on New Year’s Day, there were still a couple of managers checking with Cretaro to make doubly sure his decision was concrete.

“There weren’t that many onto me,” said Cretaro with a laugh, “but I have spoken with Ollie. We had a good laugh as I told him I won’t be back but he said with the start of the league put back until March that gives me more time to change my mind! 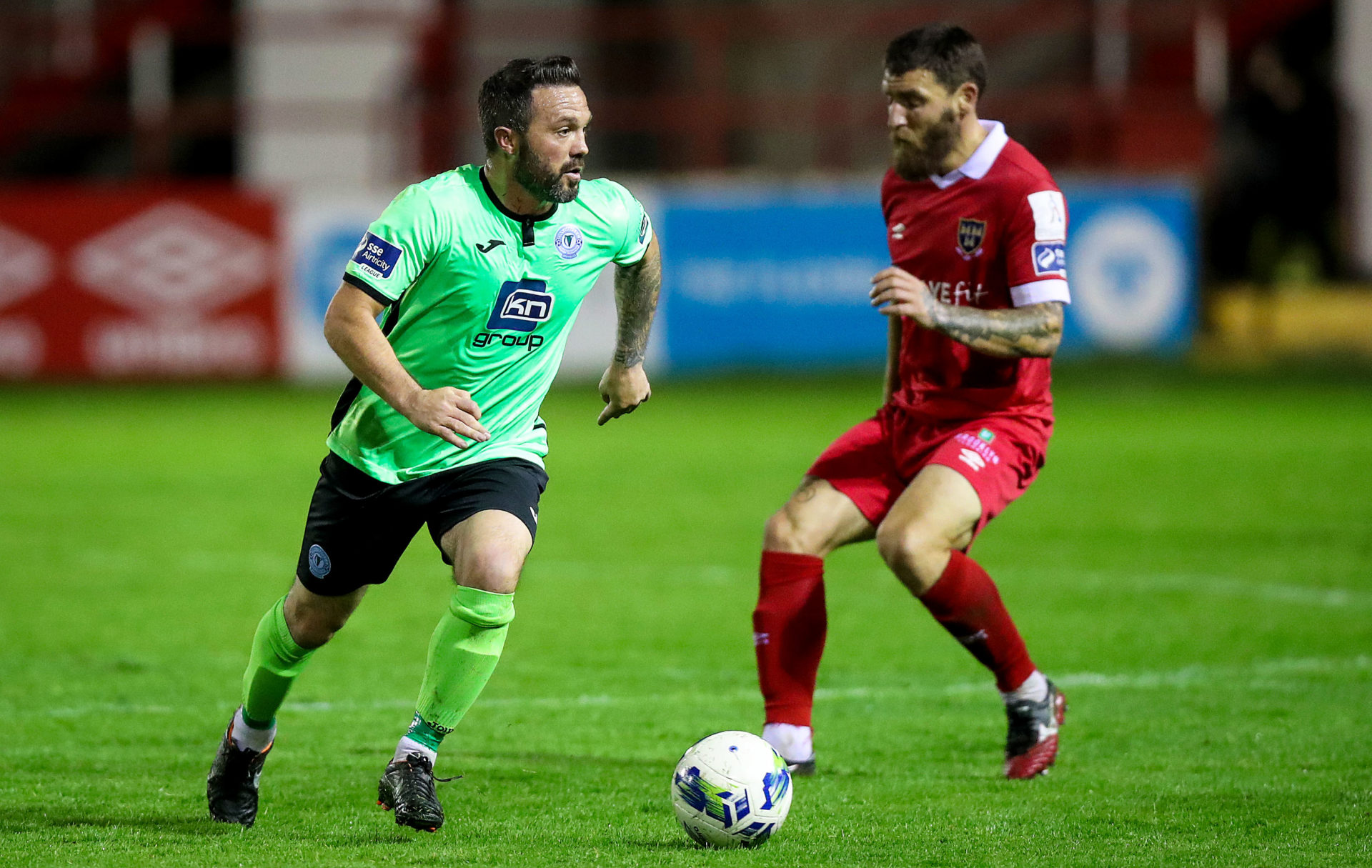 “But then I look around and see players like Gary Rogers retiring, and he had a much more successful career than I did with a lot more medals, and he obviously felt it was the right time as well.

“With the league having been put back, and even then uncertainty as to when it will start and the whole Covid-19 situation and everything, I think it shows it was the right time for me to call it a day. I go out on my own terms and can hold my head high knowing that I did everything possible for all of the clubs I played for.”

He may be hanging up his boots as a professional player, but Cretaro won’t be lost to the game completely. He hopes to concentrate on his coaching clinic ‘Raff Cretaro’s 5 Star Coaching’ and also to one day get involved in coaching with a senior side.

“I really enjoy the bit of coaching that I am doing with local sides and the kids’ academy and I would like to give more time to my coaching clinic. I can do that now hopefully once these restrictions lift.

“I feel that I have picked up a lot in my career having played for some great managers and can pass that on. I am keen as well to get involved with some team, maybe not now, but in the near future. For now, I want to take it easy and enjoy this extra time with the wife and the kids and let things settle and then in a few months I can see where I am at.

“One of the surprising things for me after I announced my retirement was that it seems that a couple of new doors will open up for me. So I will be stepping back from football for a little bit of time but in the future, I can see myself being involved with a senior club, either in the first-team set-up or at underage. Once I am involved and coaching I will be happy.”

The Tubbercurry native played for Harps, Galway United and Bohemians over the course of his 20-year career but it is for his three stints with his hometown club Sligo Rovers that Cretaro will be best remembered.

He won the Premier Division, First Division, two FAI Cups and the Setanta Sports Cup with the Bit o’Red and is third in the club’s list of all-time appearance makers (behind only the two great Tonys, Fagan and Stenson).

He achieved his lifelong dream to play for the club by making his debut in September 2000 and was one of the scorers in the penalty shootout win against Shelbourne in the 2011 FAI Cup Final. He also scored twice when Rovers beat St Pat’s 3-2 in October 2012 to win their first league title in 35 years. For Cretaro, those moments are among the main highlights of his career. 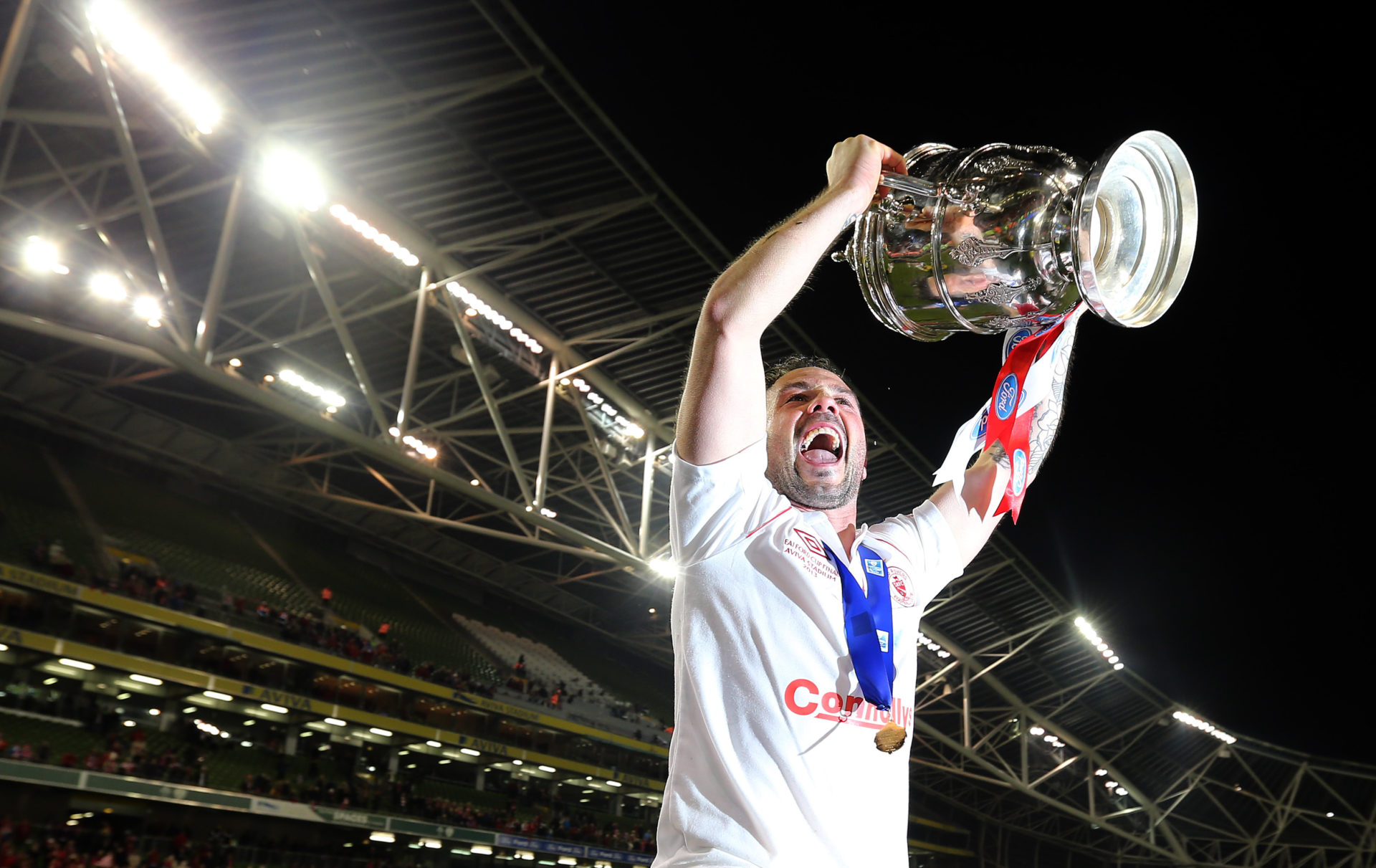 Cretaro celebrates with the cup after Sligo Rovers’s dramatic victory over Drogheda United in the FAI Cup final of 2013 at the Aviva Stadium. Picture: INPHO/Cathal Noonan

“Undoubtedly they are,” he said. “Rovers are my hometown club. I went in with my dad to matches when I was a young boy and dreamt of playing for them. I remember going to watch the Cup Winners Cup game in 1994 against Club Brugge and the place going mad when Johnny Kenny scored. People were pushed up against the old fence. Even though they got beat it was a great memory. That really kick-started the love affair for me.

“My friends wanted to play for Manchester United or Liverpool but I was a local lad and I wanted to play for Sligo Rovers and am forever grateful that I got the chance to do that. The 2011 Cup Final was special to me as I was with Bohs in 2010 and watched from the stands in the Aviva as the lads won, and then to get the chance a year later meant so much to me, especially to bring the cup to Tubbercurry.

“The game with St Pat’s where we won the league – that was just something else, the whole occasion, having the chance to win the league in the Showgrounds, the place was packed, and it’s something I will always remember.”

Cretaro hopes to start taking his son Matteo to games once it is possible to do so.

“My dad started taking me matches when I was a boy and I will be doing the same with Matteo. Before Covid struck Dad was still a regular at games in the Showgrounds and it would be great to have the three generations there.

“I hope that he will have the same love affair that I had and have with Rovers and can’t see otherwise. I know though that it will be later rather than sooner before I can start taking him to games. It won’t until well after the pandemic has passed.”

For now, Cretaro is taking time to reflect on what he has achieved and to take stock of what is to come, although he won’t be putting the boots away just yet: he plans to go back playing with his local club Real Tubber.

“I have been very lucky in my career that so many people have been good to me and have helped me through the high times and the low times. I have a couple of decisions to make about what I will be doing next and I want to see where my next journey will take me,” he offered.

“A couple of years ago when I was in my mid-30’s and I first started thinking about when I would retire, I said that I would play my last-ever game of football in a Real Tubber shirt. I started with them at underage so it would be only fitting. I played a couple of games last year before I returned to Harps and enjoyed it, especially playing with lads I grew up with. It’s Sunday league so there is more of a fun aspect to it for me and I enjoyed the banter with the lads.”