2017 Footballer of the Year Andy Moran and the manager of the All Ireland winning Mayo U21 team Michael Solan are set to take over the management of Ballaghaderreen GAA Senior Team for the upcoming season, in a move that sees them return to their home turf. 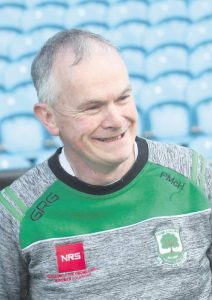 Paul McHugh has stepped down as Ballaghaderreen manager

The pair take the reins from outgoing manager Paul McHugh, who retired in December after four years at the helm. The club released a statement thanking McHugh for his contributions to the club.

“Ballaghaderreen GAA  wish to pay tribute to Paul for his dedication, hard work, passion and commitment to the club. We wish you well Paul and look forward to seeing you back on the sideline as a spectator over the coming years. Huge thanks for steering us to great things and we look forward to more days out under the new management team.”

Moran and Solan both found success at club level for Ballaghaderreen and were both part of the teams that won the Mayo Senior Football Championship in 2008 and 2012. The pair were both involved with the Mayo U20’s set up in recent times, with Solan having stepped down as U20’s manager in October following five years in charge and Moran having been part of the coaching staff in 2020.

They will be joined by a backroom staff of Pat Sharkey and Barry Maguire at Ballagh.