Stark message from Prenty as Covid tightens its grip on GAA 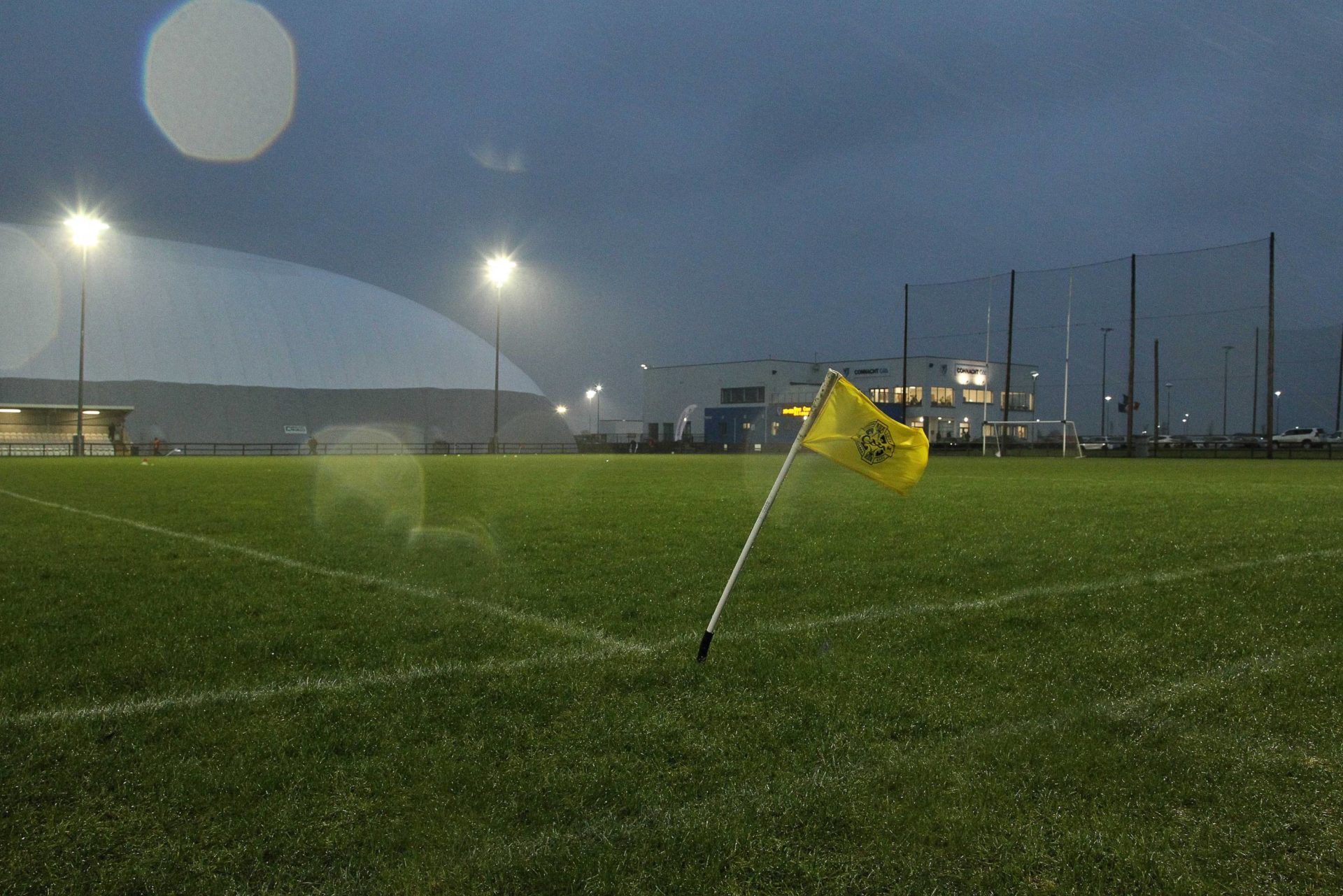 The scene at a wet and windy Bekan on St Stephen’s Night for the Roscommon v Sligo Connacht minor final. Picture: Bernie O’Farrell

One of the GAA’s top officials has warned that the association may not be able to run its inter-county championships this year unless Government steps in with a major financial aid package.

And not only is Connacht GAA Council secretary John Prenty expecting the upcoming National Leagues in football and hurling to be played entirely behind closed doors but that if the provincial senior championships are to proceed, for the second year running they too will go ahead in the absence of any supporters.

The draw for the 2020 Championships has yet to take place although in the case of Mayo, the weekend of April 17/18 is already pencilled in for their quinquennial visit to London to take on the Exiles in the preliminary round of the Connacht SFC.

There are major doubts, however, about whether that game will be able to go ahead such are the worsening rates of coronavirus on both sides of the Irish Sea.

“That’s the date for the game but whether it will be possible to play that game in London at all, there’s a big question mark,” John Prenty has told the Western People.

“The way things are at the minute and the way things may be tomorrow, we haven’t a clue being honest with you,” he added, in response to the question of when a decision on London’s championship participation will have to be made.

Describing London’s involvement in the forthcoming National League as “impossible to see”, the Ballyhaunis man did say the option of the Exiles travelling to Ireland to take part in the Connacht championship would be explored but already that is rated as highly unlikely.

“That’s a discussion we’ll have with London but I think it would be as difficult for them to travel over here to play as it would be for somebody here to go over. I’d say we’re just going to have to play that by ear for the next couple of months.

“It’s not that difficult to have to arrange going to London compared to New York,” conceded Prenty, after a decision was already made to exclude the Big Apple from this year’s Connacht championship and offer them instead a place in the newly formed Tailteann Cup – a competition for Division 3 and 4 league teams who do not reach their respective provincial finals. New York would be required to travel to Ireland to fulfil their games. 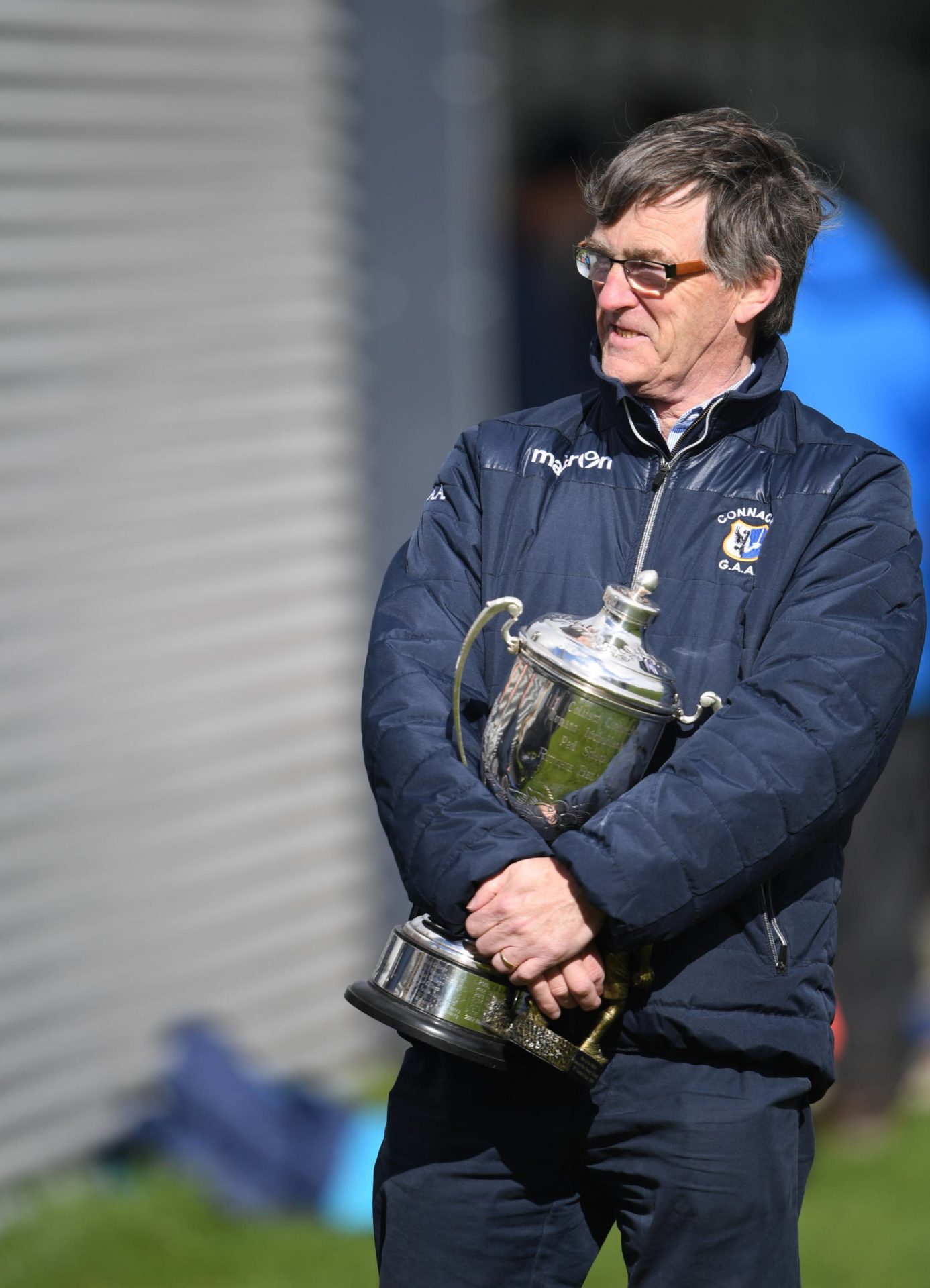 “I don’t think we’re going to be able to run a championship unless we get a commitment from the government that they’re going to give us significant funding for it. From [Connacht GAA’s] point of view, our income for the year is from three or four games of the Connacht senior football championship in particular. If we don’t have any attendances, that’s going to have a major impact on what we can do as a council. We can’t take two years’ hits in a row,” John Prenty stressed.

“There won’t be any attendances up to next May or June I’d say. The Connacht championship is likely to be behind closed doors and at the earliest, we may get crowds for the All-Ireland Series.”

Even then, the return of crowds would almost certainly be rolled out on a phased basis with below capacity attendances at championship venues.

“If people get vaccinated you’re going to have to open up some time because if it works we should be alright,” the secretary added hopefully.

This year will see the GAA experiment with splitting the season in two, devoting the first half to inter-county activity and the second half entirely to club games. The All-Ireland SFC final has been moved from its traditional September slot to July 16 after which counties will be able to run their club championship competitions free from interruption. The new calendar is favoured by John Prenty.

“Covid brought it forward by two or three years but I think it’s a good idea. Clubs know where they’re going now and it’s up to the counties now to put a proper fixtures schedule in front of them. The clubs will be playing at a good time of the year.”

An immensely difficult and unusual 2020 for Connacht GAA was brought to a conclusion on December 26 when Roscommon and Sligo contested the final of the Connacht minor football championship – the first time the counties had met in the decider since 1949.

Appalling weather conditions at the Connacht Centre of Excellence in Bekan contributed to a very low scoring game, one that Roscommon edged 1-5 to 1-2, but according to John Prenty it wasn’t possible for the two teams to make history and play the first-ever match inside the gigantic Dome which was constructed at the provincial facility earlier in the year.

“We had an ideal opportunity on St Stephen’s Day to play in the Dome but unfortunately we couldn’t use it because of Covid-19 regulations. It would have been an outstanding occasion if we could have played the Connacht minor final in there.

“I’d say the vaccine will be widely distributed by the time we get into the Dome now,” he concluded.