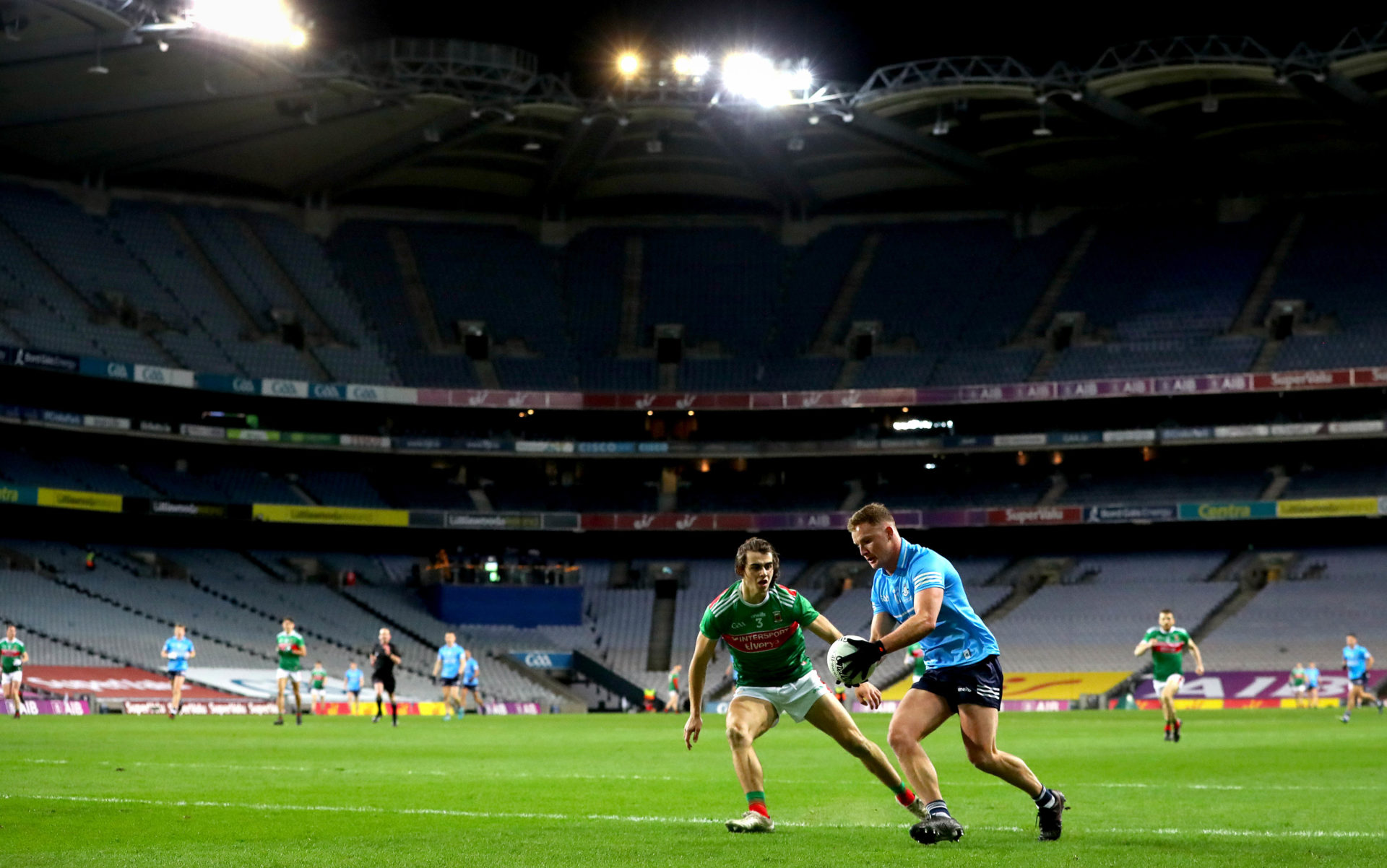 An allegation that representatives of Mayo GAA gained entry to last month’s All-Ireland SFC final when not permitted to do so is expected to be raised at the next meeting of Mayo County Board’s executive committee.

Further to the Connaught Telegraph’s reporting of the suspected breach of regulations last week, in which it was alleged that two people not part of the official Mayo party gained entry to Croke Park for the December 19 final, the Western People understands the number to actually be three, who are suspected of going unchecked by Croke Park staff and watching Mayo’s defeat to Dublin from inside the stadium.

All 41 Mayo panellists were allowed entry but only twelve out of an 18-strong management and backroom team, along with three county board officials, were permitted to attend the match, which was played in the absence of spectators due to national restrictions imposed to help combat the threat of the Covid-19 pandemic.

When contacted by the Western People this week, chairman of Mayo County Board, Liam Moffatt, said that as far as he was aware, “everyone who would have attended inter-county matches this year would have been checked by security on the gate.”

Asked if he had seen anyone in Croke Park on the day who he didn’t think was supposed to be there on behalf of Mayo GAA, or if there had been any contact from officials at Croke Park about the alleged breach, Liam Moffatt replied: “That, like every other Mayo GAA matter, will be discussed at the next Mayo GAA Executive meeting and then we will give answers after that.”

Remarking that Mayo County Board was “only back on the road” after the Christmas holidays, the chairman stressed that his process is always to discuss matters with the Mayo GAA Executive first, then talk to the clubs, then talk to the media.

“It hasn’t been discussed at Executive level yet because we haven’t had a meeting,” he said, adding that the next meeting would be held in the “very near future”.

Meanwhile, applications for the vacant Mayo U20 football manager’s position are due to close this Friday, January 8. Mike Solan stepped down from his role after five years, the first three of which were served at the former U21 grade. The Ballaghaderreen native guided Mayo to two All-Ireland finals, beating Cork in 2016 and losing to Kildare in 2019.

Applications are also being invited for the role of Mayo minor (U17) football manager after the announcement on Monday that Tomás Morley was standing down after three years at the helm. The Kiltimagh man’s highlight was leading the Green and Red to a Connacht title in 2019 after which they succumbed to eventual All-Ireland champions Cork in the semi-final.

The closing date for clubs to nominate Morley’s replacement is Friday week, January 15.