Excitement is building in South Mayo as a rising country music star will make his TV debut this month.

Claremorris native, David Connor is one of six singers who will battle it out in the TG4 show, Glór Tire this month.

David’s mentor on the show is Michael English. Other singers on the show include Emma Donohue from Ballinasloe in Galway who will be mentored by Mike Denver.

David was due to perform his debut solo concert at Claremorris Town Hall on December 30 last but it was cancelled due to level 5 Covid-19 restrictions.

He is renowned in Claremorris for performing with his own band ‘Southern Revival’. He began his singing career in the Church Choir and went onto win many awards at the ‘NoName Club’ talent shows.

He has performed with a variety of artists from the Keane Family to Finbar Furey.

A proud Mayo man, David recorded the ‘Mayo Cup Son’ for the 2016 All-Ireland football final along with his sister Jenny with all proceeds going to Cystic Fibrosis.

He debuted his new single ‘As She’s Walking Away’ at Claremorris Town Hall to a sold-out audience in the ‘Local Stars’ concert. He has also performed as a special guest for Eunice Moran at the McWilliam Park Hotel.

To vote for David in Glór Tire, you can download the app in the app store or on google play store 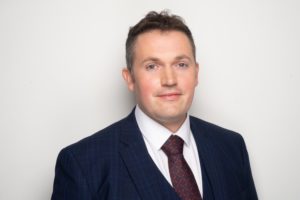