A Mayo town is one of six nationwide scheduled to get a state-of-the-art new fire station in 2021 under the newly announced Fire Service Capital Programme. 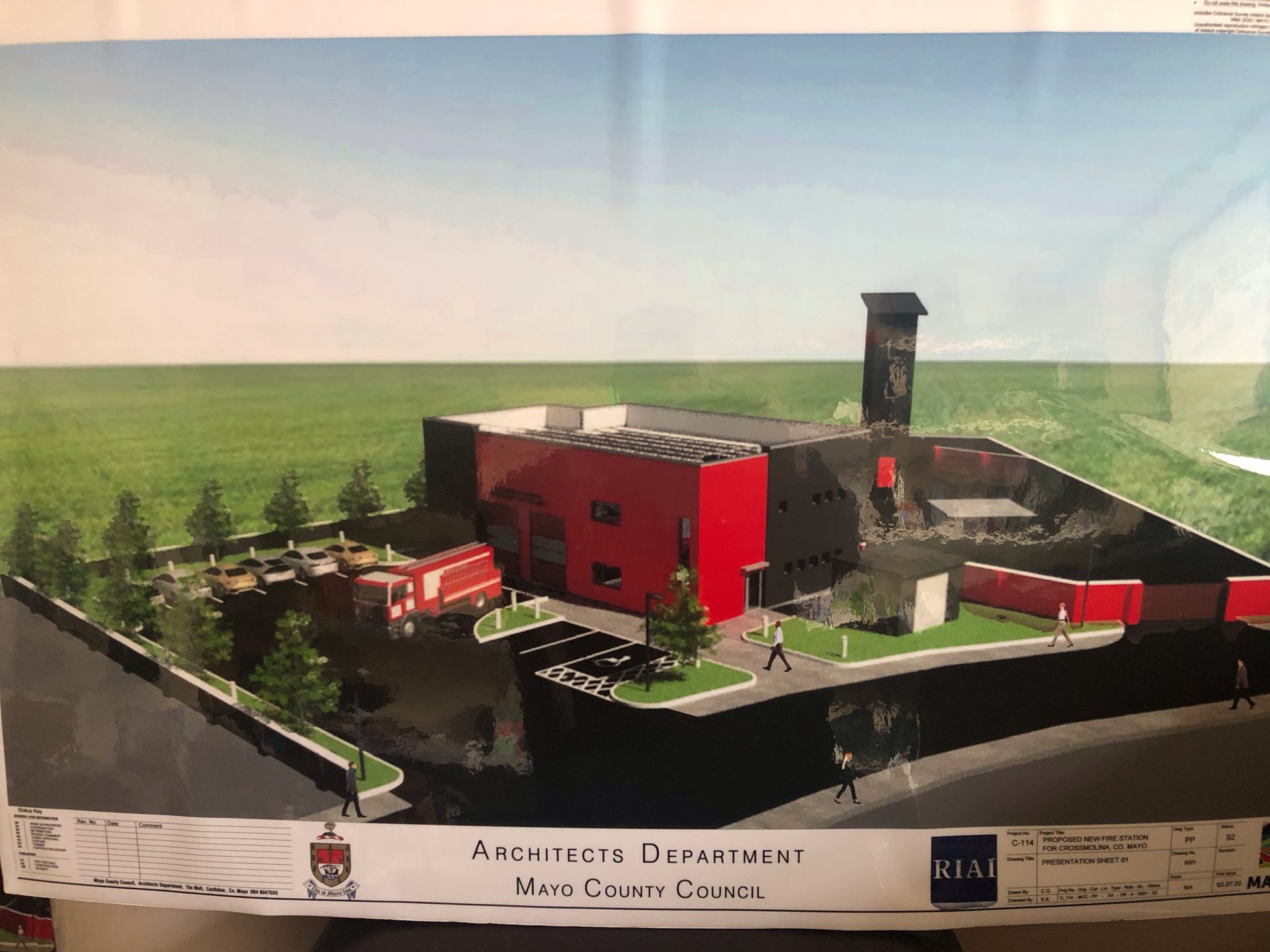 An artist’s impression of the planned new fire station for Crossmolina.

The Minister for Housing, Local Government and Heritage, Darragh O’Brien TD, has today announced details of the €61 million programme that will run from 2021 to 2025.

It includes a provision for a new €1.5m fire station in Crossmolina and the allocation of one new fire appliance to Mayo Co Council.

Planning permission has already been granted for the proposed new station on the Ballina Road which will replace an outdated existing facility in the town and the new development went to tender in May of this year.

Local FF Cllr Michael Loftus has welcomed confirmation from the Minister that construction will commence on the new station in 2021, hailing it as great news for the firemen of the town who have been operating out of two portacabins inside an old garage.

Cllr Loftus has been pursuing the development of a new fire station for Crossmolina for the last fives years in conjunction with local FF Dáil Deputy Dara Calleary.

“I want to acknowledge the work of John Condon,  Director of Services in Mayo County Council, Kevin Keegan in Architect Section, Retired Chief Fire Officer Séamus Murphy and all the staff in Mayo County Council who helped. I would also like to thank former Senator Michelle Mulherin for her support in pushing this project forward,” he stated.
Filed under: Cllr Michael Loftus, Crossmolina news, Mayo news, Mayo newspaper