There is deep shock and terrible sadness in Mayo and throughout the local and national equestrian scene following the sudden death of a talented local jockey. 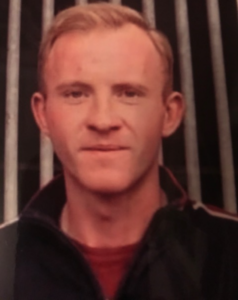 David Corcoran passed away suddenly and unexpectedly at his home at River View, Crossmolina, yesterday, December 28. He was in his mid 20s.

The Corcoran family run an equestrian centre and David, who inherited the family passion for horses, was a talented jockey.

Tributes to David have flooded social media in the last 24 hours including an acknowledgement from Ballina Agricultural Show which remembered the deceased as a kind and very talented young man, who will be deeply missed in the show community and by his larger circle of friends.

David, who was a past pupil of Gortnor Abbey Secondary School, is predeceased by his grandparents Ann Corcoran, Anthony and Linda Hope and his uncle Anthony Hope and deeply mourned by his parents, Padraic and Eileen; brothers Luke, Adam and his twin Ronan; his grandad Paddy Corcoran; aunt Mary Gordon; extended family; colleagues in the equestrian world and a wide circle of friends.

His funeral cortége will depart his home in Crossmolina on Thursday, December 31 at 11.40am for funeral Mass in St. Tiernan’s Church, Crossmolina at 12 noon, followed by interment in Crossmolina Cemetery.