After their surprise semi-final victories over Mayo and Galway respectively, the young footballers of Sligo and Roscommon have been handed an even more surprising date for their 2020 Electric Ireland Connacht GAA Minor Football Championship. 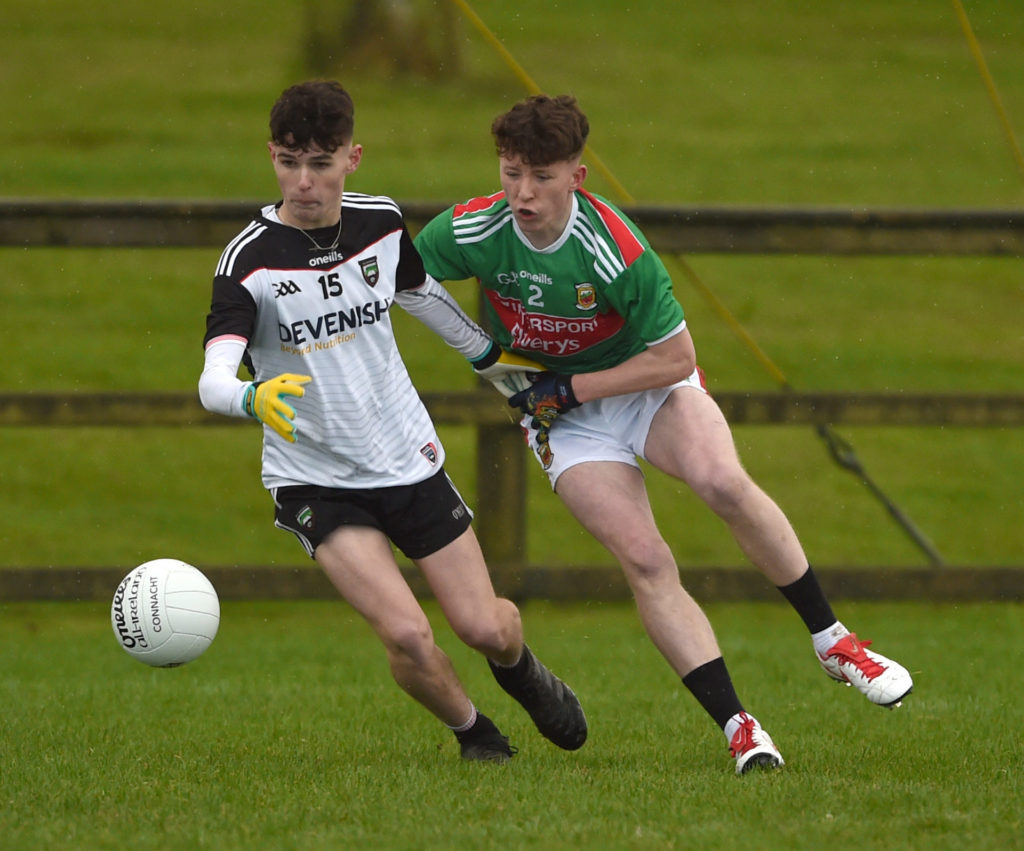 Sligo’s Adam Gallagher in action against Cian McHale of Mayo in the Connacht U17 semi-final. Picture: David Farrell Photography

In light of today’s announcement by Government of impending Level 5 restrictions due to Covid-19, Connacht GAA Council has brought forward its U17 football final forward to this Saturday – St Stephen’s Day.

The game had originally been pencilled in for the weekend of January 8/9 and was initially brought forward to Tuesday, December 29 at the agreement of both counties, before the provincial body decided to act again and send the two teams into battle the day after Christmas Day.

Amazingly, considering it is only a five-team competition, it’s 71 years since the two counties have met in the provincial decider, and a controversial affair it turned out to be. The 1949 final ended in a draw before Roscommon got the better of Sligo at the second time of asking. However, the Yeats County objected that one of the Roscommon players was overage and their complaint was upheld. It’s one of only two Connacht minor titles Sligo have won, the other in 1968 when they went on to lose the All-Ireland final by one point to Cork.

Saturday’s clash of Sligo and Roscommon will take place in the Connacht Centre of Excellence in Bekan at 4.30pm and with a result necessary, extra-time and penalties will apply if required.