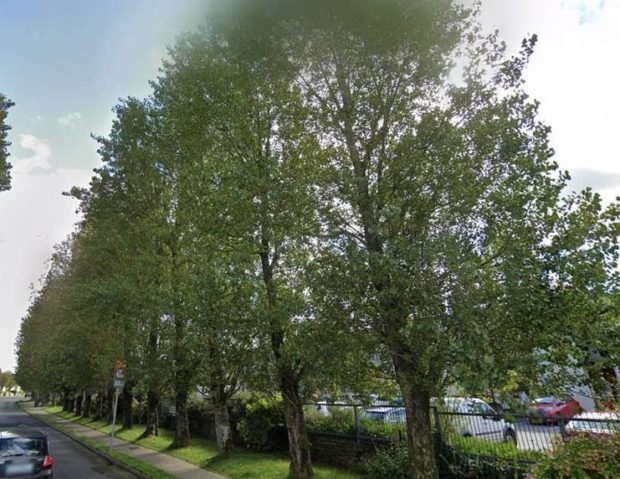 The poplar trees at the entrance to Greenhills estate that the Parks Superintendent has described as dangerous.

Councillors in Ballina have backed a plan to remove 24 poplar trees from the entrance to Greenhills estate in the town.

Peter Gill, Parks Superintendent for Mayo Co Council, addressed members last Friday about the upcoming plans to fell the trees, which pose a threat to public safety. Mr Gill later told the Western People of the dangers the trees could pose.

“These poplar trees are known to cause damage to structures and sub-structures like footpaths, walls and car parks. With extreme weather events, they could be wind-thrown and if that happens, there are serious concerns people will be hurt or killed.”

Mr Gill added the surface roots of the poplar often go beyond 30 metres and have already caused damage to nearby footpaths.

The proposal has previously met with disapproval from local residents but Mr Gill said he wished to reassure them the council is removing these trees to protect the public.

“We’ve met some opposition from residents in the estate and support from others. We are heartened to hear people care about the trees but the reality is these trees have to be removed and we are currently planning their removal in 2021.”

Councillors spoke in favour of the plans, given the public safety issues present in both Mr Gill’s report and by an independent assessor’s report.

“The entrance to the estate is a nightmare for some families living there, who are afraid of damage being caused to their properties or worse,” said Cllr Annie May Reape.