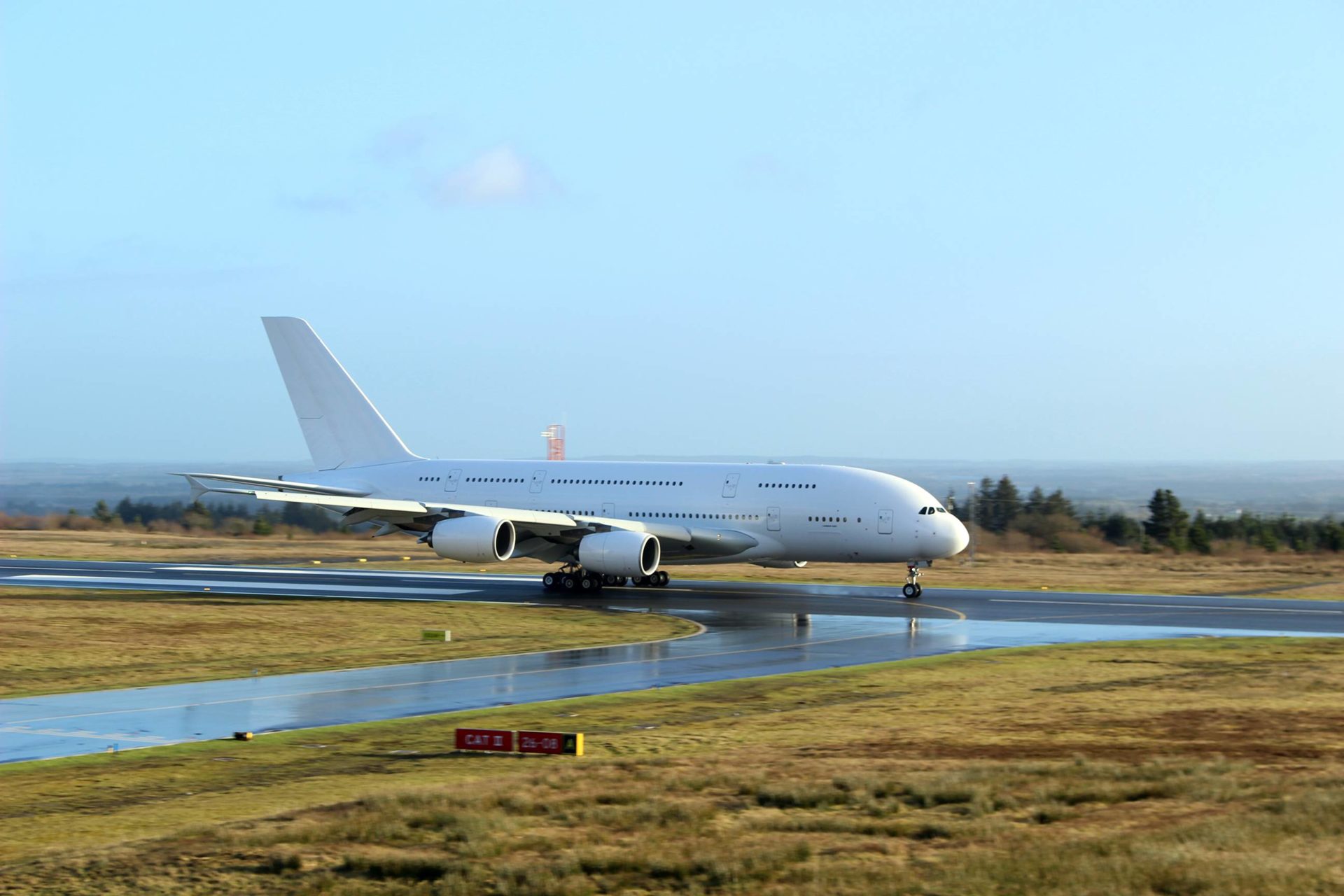 An Airbus A380 on the runway at Ireland West Airport Knock.

Ireland West Airport has welcomed the news that Eirtrade Aviation Ireland Ltd has lodged a planning application with Mayo County Council for the construction of a new aircraft hangar at the airport.

Eirtrade Aviation Ireland Ltd has been operating from an existing hangar facility at the airport for the past 10 years and is seeking to expand the scale and scope of its services to its customers. The company is a global technical asset services and trading company with its key focus on optimising client asset value by providing specialist End-of-Life Engine and Aircraft solution services. They currently partner with some of the world’s leading airlines, leasing companies and MROs in providing aircraft disassembly services catering for – ATR 737CL/NG, A320, A321, MD83,  A380, A319 and A380 aircraft.

The proposed new development at Ireland West Airport will comprise the construction of an aircraft hangar, adjacent ancillary aircraft storage area, a new vehicular access road onto the R376 as well as additional ancillary and associated site works within the Strategic Development Zone at Ireland West Airport. The new hangar will have the capability to accommodate multiple aircraft types up to an Airbus A380 – the largest passenger plane in the world.

If the planning application is successful it will enable Eirtrade to seek tenders from suitably qualified contractors for the construction of the hangar in 2021 and the project would support up to 110 jobs during the construction phase and a further 100 jobs once operational.  It would also create a significant aviation hub at Ireland West Airport, the first of its kind in the West of Ireland and contribute to the development of Ireland’s aerospace capabilities for some of the world’s largest commercial aircraft, further enhancing Ireland’s reputation as a global centre for the aviation industry.

“This is a very positive development for the West of Ireland and the airport looks forward to working closely with Eirtrade in the coming months in progressing this project to a successful conclusion, resulting in the creation of a significant large scale aviation hangar at the airport, with the follow-on benefits for the region of longer-term quality employment in the aviation services sector.”

Speaking on behalf of Eirtrade Aviation Ireland Ltd, Ken Fitzgibbon, CEO, said: ‘This application is a progressive step for the Eirtrade business in Ireland West Airport. The construction of a new hangar will be a hugely important step in creating an aviation hub in the West of Ireland and we are very excited to work with the airport on this project. We have established a great working relationship with the airport over the past ten years and this planned development will be an expansion of our existing business, helping create a supply line for other aviation services, enabling us to handle increased volume and size of aircraft.  Our ongoing pipeline is extremely strong and we have got huge support from the aviation leasing community.”

This expansion by Eirtrade Aviation Ireland Limited of their aircraft disassembly business complements their existing Aviation parts trading facility which is based in Rathcoole, Co Dublin.