Planning of the third and final phase of a north Mayo wind farm is being progressed with a draft layout for the planned extra turbines distributed to local residents and stakeholders today. 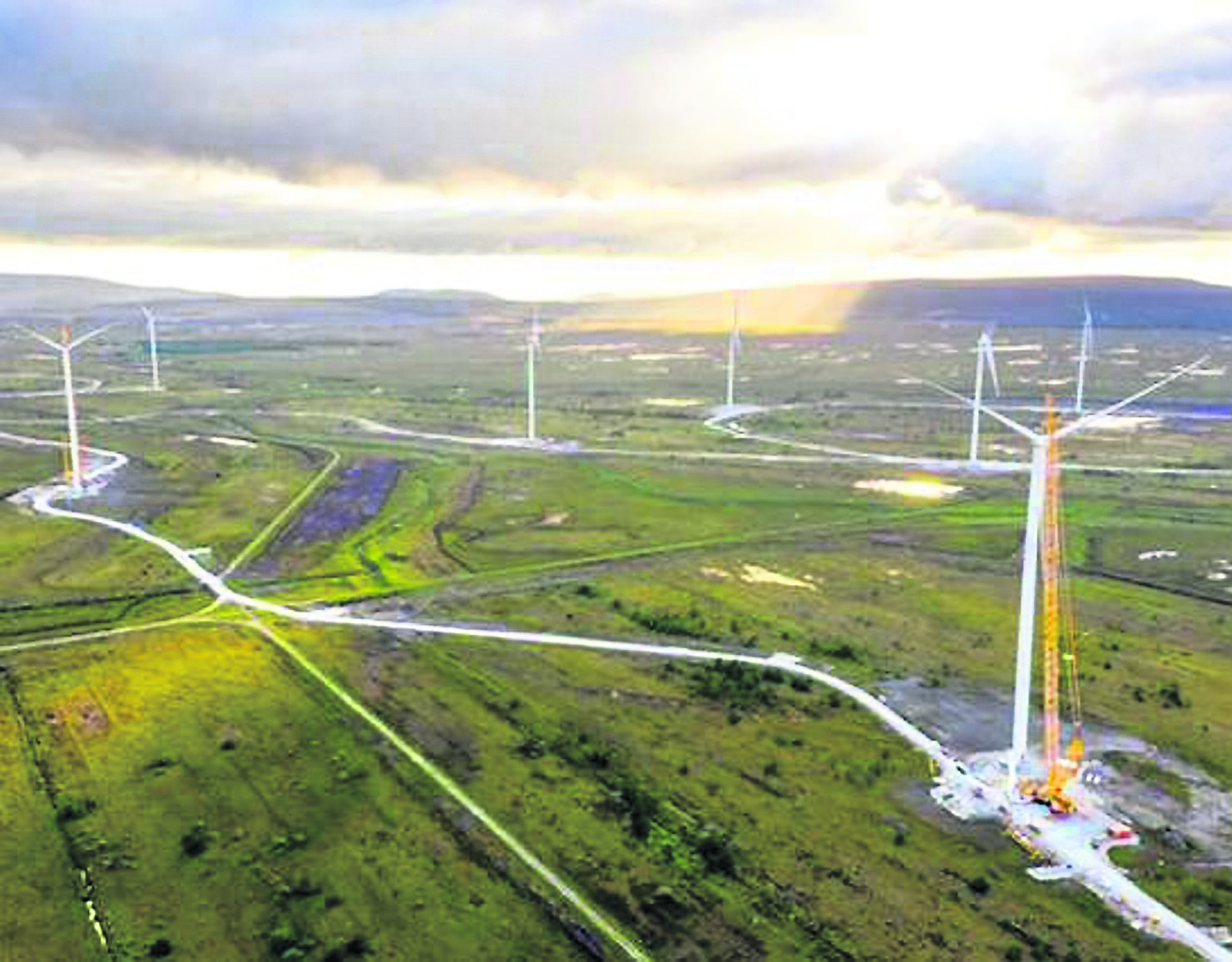 The developer, Oweninny Power DAC, is proposing to install 18 turbines and a substation to facilitate access to the national grid on lands in the greater Bellacorick area as part of the final phase of its Oweninny wind farm.

The proposed turbines will have an overall blade tip height  of up to 200m above ground level.

It is anticipated that amenity facilities like walk/cycle paths and wilderness and wildlife areas may also form part of the formal planning application for phase three.

At present there are 29 operational turbines on site at the wind farm and delivery of the second phase – comprising 32 turbines – is imminent.

Combined the first and second phases, when operational, will have a capacity to export 172 MW of electricity which is sufficient to power around 100,000 households.

The third phase – which may be subject to the Strategic Infrastructure Planning Process rather than being adjudicated by the local authority – will have an estimated output of 90MW, according to the developer. 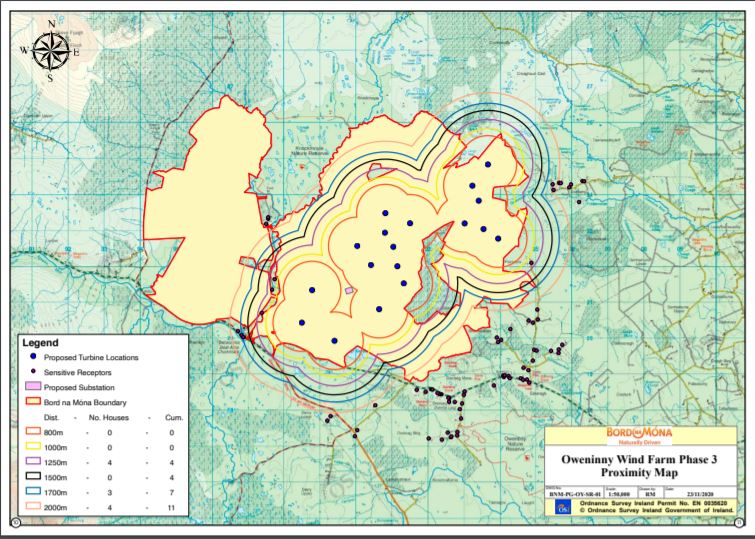 A draft map of the location of the turbines in phase three of the Oweninny Wind Farm.

Plans for community engagement sessions in relation to phase three of the development have been frustrated by the Covid-19 pandemic and associated public health guidelines but it is understood that Oweninny Power DAC – which is comprised of Bord na Mona and the ESB – will be in a position to host sessions in the locality by appointment in January 2021.

Local Cllr Michael Loftus said he hopes the developer’s engagement with the community in respect of phase three plans will be better than it was for the first two phases and that there will be full disclosure in relation to all aspects of the final stage of the wind farm.