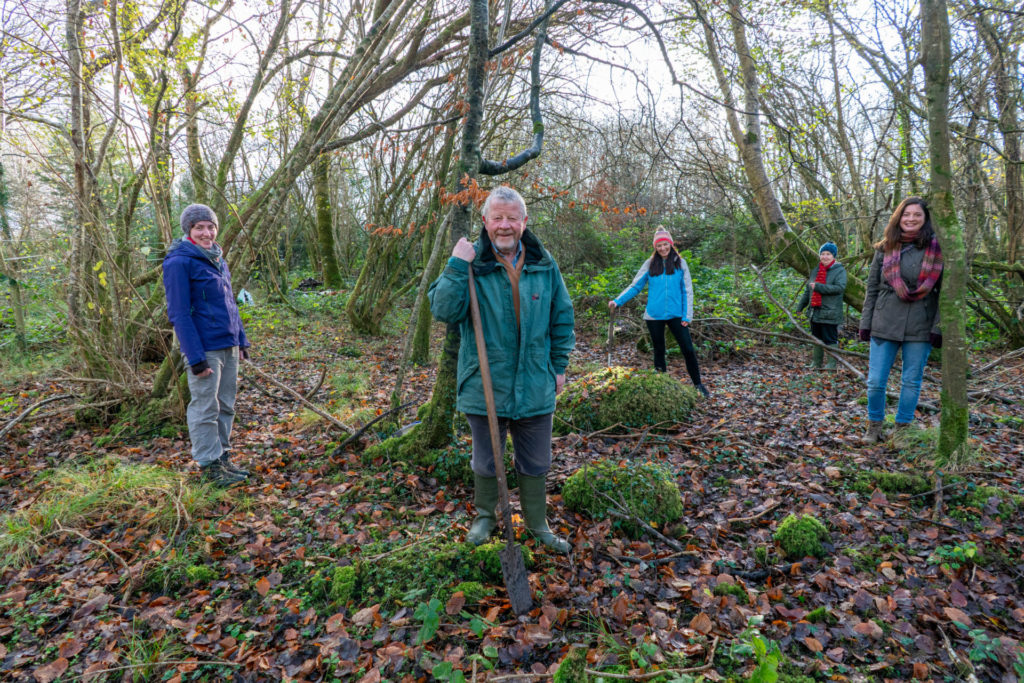 Funding of €50,000 has been granted to a biodiversity site in South Mayo.

Green Sod Ireland’s ‘Wild Acres’ site in Ballinrobe has been granted the money by Rethink Ireland.

This is the second round of awards in the Innovate Together Fund as a response to Covid-19 by Rethink Ireland and corporate partners.

The site in Ballinrobe was donated by Dennis and Doreen O’Connor and is located in a small native woodland. It consists of oak, birch, Scotts pine, willow trees, ferns, ivy, wood sage and more.

Work has begun to identify the biodiversity of the area and what management practices need to be put in place to enhance and strengthen the health and wellbeing of the ecosystem.

To date, Green Sod Ireland has been gifted in excess of 100 acres by individuals and communities in Mayo, Galway, Cork, Carlow, Cavan and Donegal.

The land is appraised by ecologists who complete and initial ecology report with findings and recommendations.

The local community participate in the protection of land and are invited to engage in ecological education initiatives. They are an integral part of holding this land in trust.

At their ‘Wild Acres’ site in Ballinrobe, Aoife Ralph, Green Sod Ireland co-ordinator Aoife Ralph said of the funding: “This is a really historic day for the group. To be publicly recognised and supported by Rethink Ireland endorses the important and urgent work of protecting Irish wild spaces and biodiversity.”