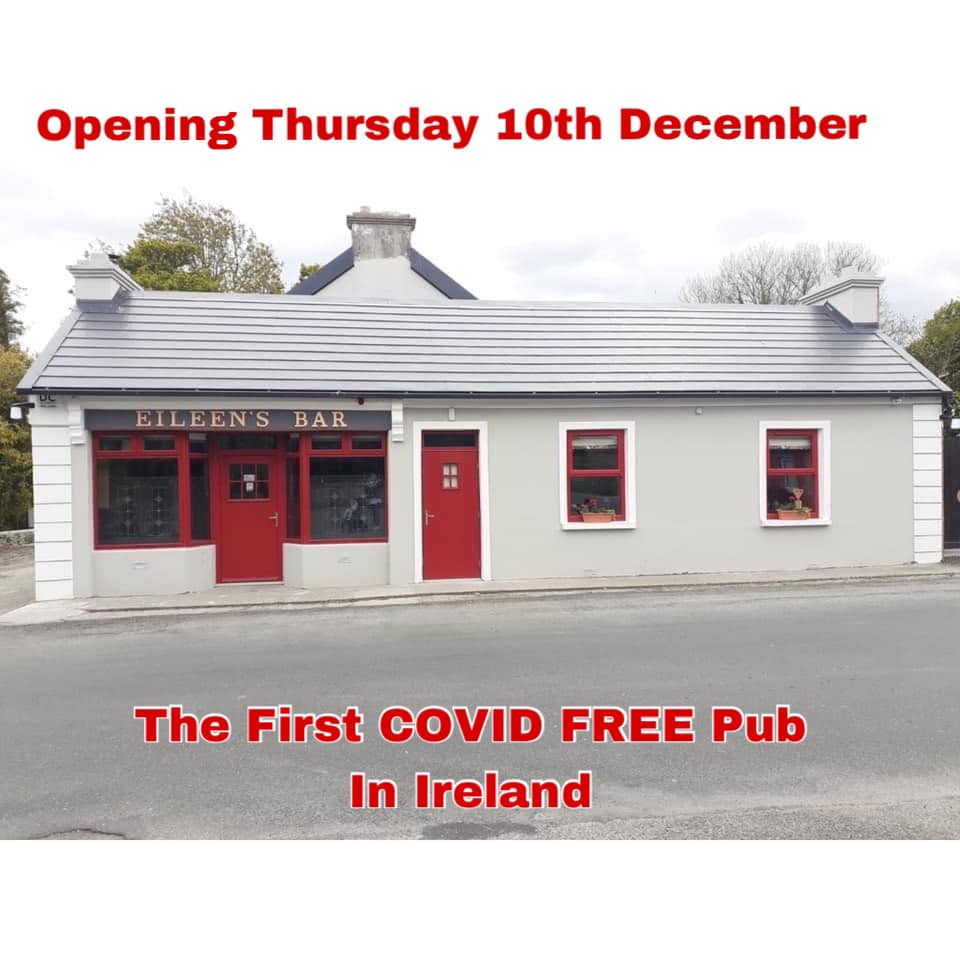 The Aghamore publican who was carrying out on-site Covid-19 tests before allowing patrons into his bar was arrested last night.

Gardaí confirmed that Donal Byrne, the owner of Eileen’s Bar was detained for failing to comply with Covid-19 regulations.

It’s understood gardaí arrived at Mr Byrne’s premises in the centre of Aghamore village at 7.05pm and he was arrested more than an hour later at 8.18pm.

Sources said there were a number of people on the premises at the time but it was not overcrowded and they were socially distanced. They complied with the Public Health Regulations and the premises was subsequently closed.

Mr Byrne was taken to Castlebar Garda Station and following consultation with the Director of Public Prosecutions (DPP) he was released and a file will be prepared for the DPP.

Speaking on national radio prior to opening his premises last night Mr Byrne said customers would be tested for Covid-19 an outdoor area and have their results within 15 minutes before they could enter the pub and drink.
Inside, they would be adhering to social distancing rules but he was not serving food.
“The World Health Organisation (WHO) said at the start of this that the only way out is with rapid testing and testing is what we’re going to do. The WHO has purchased over 120 million of these kits that I have purchased.”

Since the pandemic began Mr Byrne has been vocal on his views that the Covid-19 regulations are destroying rural Ireland and having a negative effect on people’s mental health.