Standing tall among giants – The Reinvention of Conor Loftus 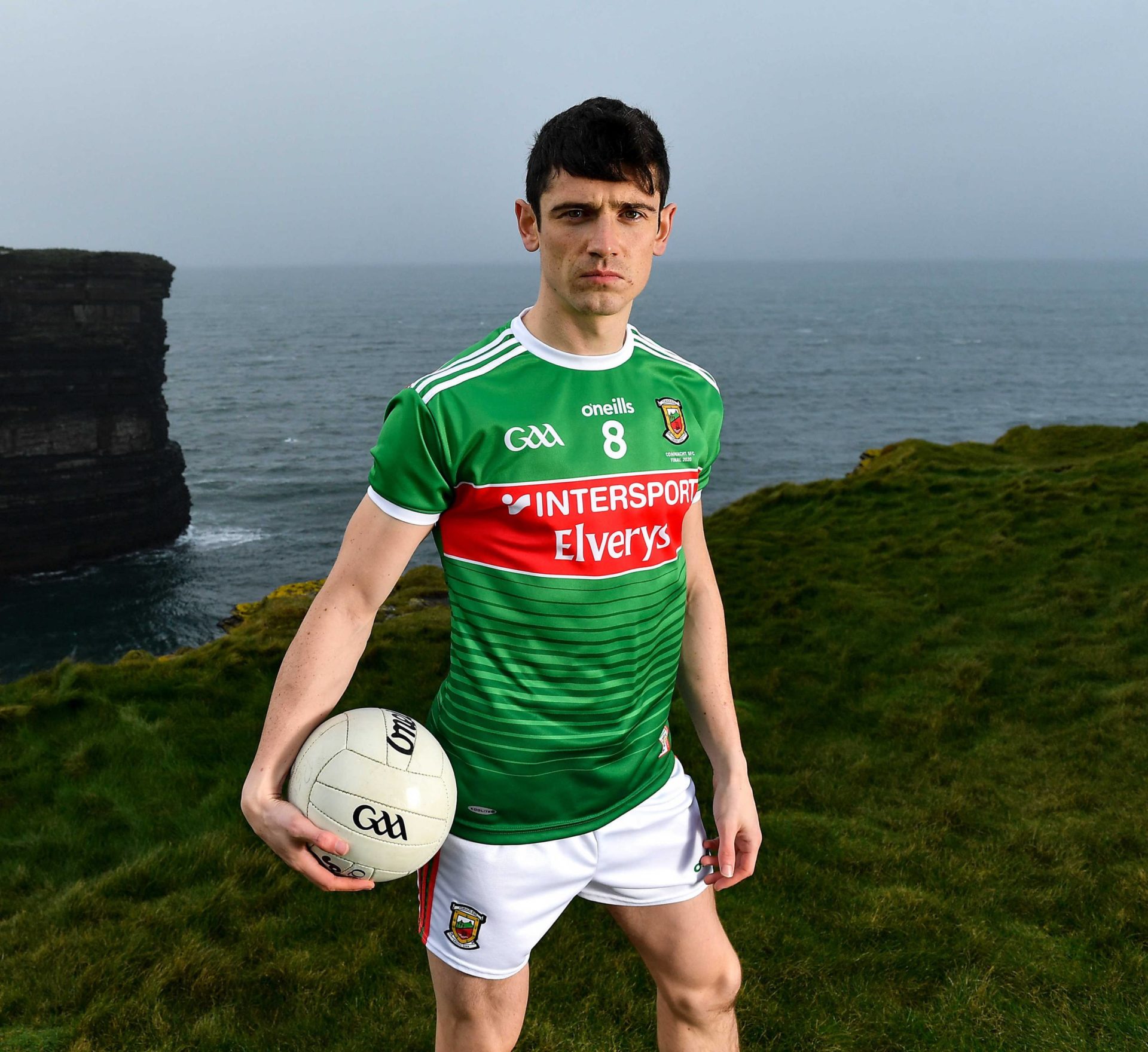 At this stage of last year’s All-Ireland championship, Conor Loftus could have been forgiven for wondering if it was ever really going to happen for him with Mayo. After an excellent display in Mayo’s first qualifier win over Down in Newry, Loftus struggled to make much of an impact against Armagh the next day out. Cillian O’Connor and James Carr both came into the Mayo forward line against Galway and Loftus wouldn’t be seen in a Mayo jersey for the rest of the year. He was in the match-day 26 for the semi-final loss to Dublin but wasn’t called into action.

In a way the season told the story of Loftus’ senior career for Mayo up to that point in a nutshell; lots of early promise and glimpses of the exceptional but a debilitating lack of consistency. Since making his breakthrough as arguably the most naturally gifted of that remarkable crop of under-21s in 2016, he had shone in brief patches for the seniors – a stunning late goal to rescue his team in a 2017 qualifier against Derry being the highlight – without ever really nailing his place in the starting team. That 2017 season, in which he came off the bench in every game including the All-Ireland final, was in danger of being his peak as an inter-county senior.

Even at the start of 2020, Loftus was still having to battle for every scrap that came his way. He didn’t start any of Mayo’s five league match pre-lockdown, with his involvement limited to late substitute appearances away to Meath and Monaghan. In a team receiving a healthy dose of new blood, he was in danger of being left behind.

That was why, when the inter-county game finally returned in late-October, one of the most curious notes about James Horan’s team for the Galway game in Tuam was the selection of Conor Loftus in the centre of the field. Not only a first start of the year, but a first start ever for the Crossmolina man at midfield for Mayo. The positioning of a player who had made his name as a ball-playing centre-forward in amongst Galway’s gigantoid midfield looked like a major gamble on the part of the manager, not least with Division 1 survival hanging in the balance.

You know the rest. Loftus put in a brilliant display, dovetailing beautifully with Mattie Ruane as Mayo tore through the heart of Galway to win by 15 points, and also found the time to kick 1-2. Since then he and Ruane, teammates since they won that under-21 All-Ireland four years ago, have gelled into a wonderfully balanced centre-field duo and Mayo have won the Connacht title for the first time in five years to arrive at this Sunday’s All-Ireland semi-final against Tipperary at Croke Park.

There are a few factors to explain Loftus’ reinvention as a midfielder. One is its mother, necessity; with Tom Parsons and Seamie O’Shea getting older and Aidan O’Shea repositioned to full-forward, Mayo were in fairly urgent need of someone to partner Ruane in the middle of the field.

Another can be traced back to the club scene. Loftus played midfield for Deel Rovers during their intermediate campaign in the summer alongside Jordan Flynn, and both have translated that club form into the county side this winter. Loftus himself stressed the importance of having that club experience in the position when he spoke last week.

“This year I played midfield with the club, and last year a bit as well. I’ve been enjoying it, playing out in midfield. You have a lot of freedom out there. You can use your skill-set a bit more,” he offered.

“It’s kind of been a step-by-step process, where I played there with the club, came back, a couple of the lads were injured when we initially came back, so I got a chance in a couple of training sessions to go to midfield. Luckily enough so far for me they’re sticking with it.” 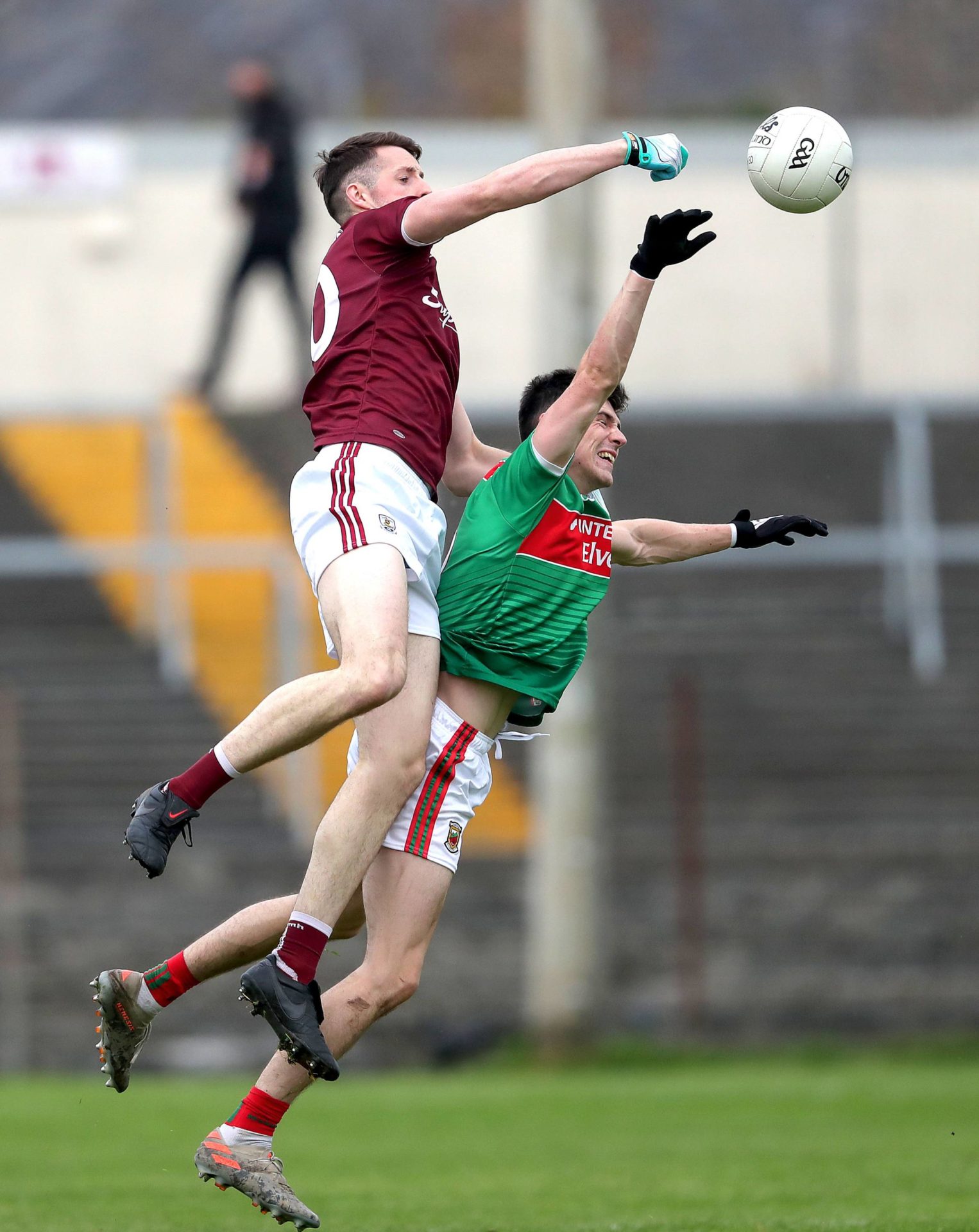 Positions in Gaelic football may not be as fixed in stone as they once were but it still takes a lot of hard work to remould yourself from a number 11 to a number 9. Loftus said the guidance of the likes of Parsons and O’Shea has been invaluable in that regard.

“We have so much experience there in the squad at the minute and all the lads are very sound as well, they’ll give you bits of information here and there that’ll help you. For me, it’s getting used to things defensively, when to drop off, when to squeeze,” he said.

“But you’ve guys behind you, the likes of Chrissy (Barrett) who’s talking to you the whole time. So you have a voice there the whole time. Then you have the boys up top, like Cillian and Aido talking the whole time too. You nearly learn as you’re playing, in different moments throughout the game, so it’s good.”

There are some natural barriers that no amount of advice can fix; Loftus stands a solid six foot but that still means he’s giving up three or four inches in height to the likes of a Cathal Compton, a Cein D’Arcy or, looking ahead to Sunday, a Colin O’Riordan. He is learning to compensate for the difference by making sure he works harder.

“From my point of view, every time I go out to play I just try to bring as much energy and pace to the game as I can. Bringing a massive workrate, kind of playing that box-to-box role up and down the pitch. I’m trying to bring a good skill-set out the middle as well, trying to pick out passes and progress our play. That’s what I’m trying to bring to make up for the height deficit that might be there,” he said.

The mention of ‘picking out passes’ might come as a relief to Mayo supporters who were concerned that his reincarnation as a box-to-box runner could have curtailed the flair element of Loftus’ game, which was one of the most exciting things about him when he first came on the scene. In his style on the ball and ability to kick long and accurately, he drew comparisons to another Crossmolina centre-forward, one who happens to be a coach and selector with Mayo right now.

“From an offensive point of view you’re just picking up little bits and pieces off him all the time. He’s constantly communicating with you,” says Loftus of Ciaran McDonald.

“He sees the game differently to the way most people see it. He’s a step or two ahead of everyone else. So you’re always picking up pieces from him, playing off the shoulder and looking further up the pitch as opposed to giving a short hand-pass. So it’s great to have him around the place.

“Something we would speak about is playing with a bit more freedom, so you’re going out there and using the skill-set that you have. Mac has definitely helped to bring that in as well, no more than James and Burkey too. They’re all pushing us to play to the max of our skill-set and play with that kind of freedom to go out and express yourself.”

Awaiting Mayo on Sunday are Tipperary, against whom Loftus came on as a substitute in both the All-Ireland semi-final of 2016 and the Round 2 qualifier win in Thurles two years later. He is also familiar with a couple of the Premier men from his college days, having played alongside the likes of Bill Maher on the DIT team that reached a Sigerson semi-final in 2018, and said he hasn’t been surprised by their success in the Munster championship.

He has since left college – he works as a Customer Advisor at EBS in Castlebar – and in his fifth season as a senior footballer he freely admits that he is no longer among the rookies in the Mayo squad given the influx of new faces this year.

“The pace and power that some of these lads are bringing, the likes of Oisin and Eoghan, is crazy. It’s great to have a new bunch, there’s a great buzz and togetherness in the group at the minute,” he offered.

“You can feel it every evening you turn up to training. It’s a mix of having that new group coming through and then all the experienced lads still there. Then there are a few of us sandwiched in between that so it’s a good mix of everything.”