Severe weather conditions continue to hamper the search for a missing man in north Mayo.

The man – a 69-year-old Dutch national who has been living in the Lacken area – was reported missing by concerned family members on Thursday evening, November 19 last.

His last known whereabouts were in the vicinity of Downpatrick Head where his car was subsequently located. 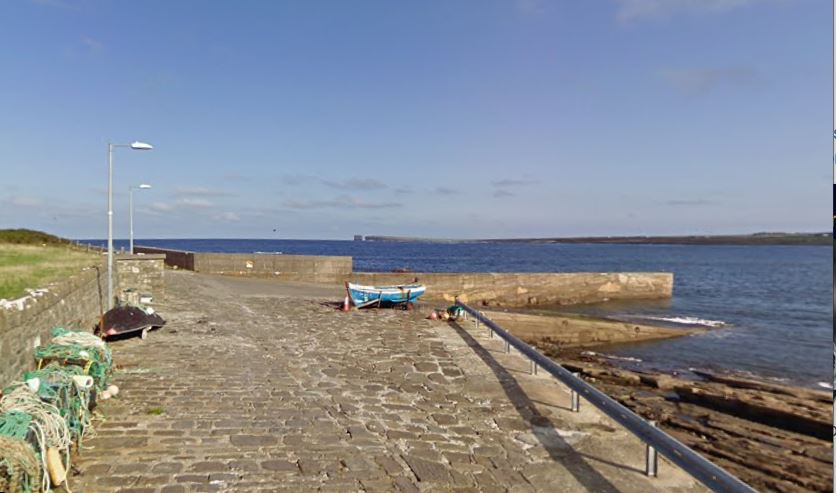 The search is focused on the area between Ballycastle pier (pictured) and Killala.

Searches were immediately mobilised, involving gardaí, the Civil Defence, the coastguard, local voluntary sea rescue groups as well as members of the surrounding communities and focussed on  the area between Ballycastle pier and Killala but have been hampered by rough weather.

Local Garda Supt Joe Doherty told the Western People: “The weather conditions have been determining what we can and can’t do”, adding that activities have been largely confined to onshore searches.

He renewed his appeal to local landowners to check their outhouses and lands – particularly coastal plots when it is safe to do so.

If anyone has any information of assistance they can contact Sgt Paul Maher at Ballina Garda Station on (096)20560.