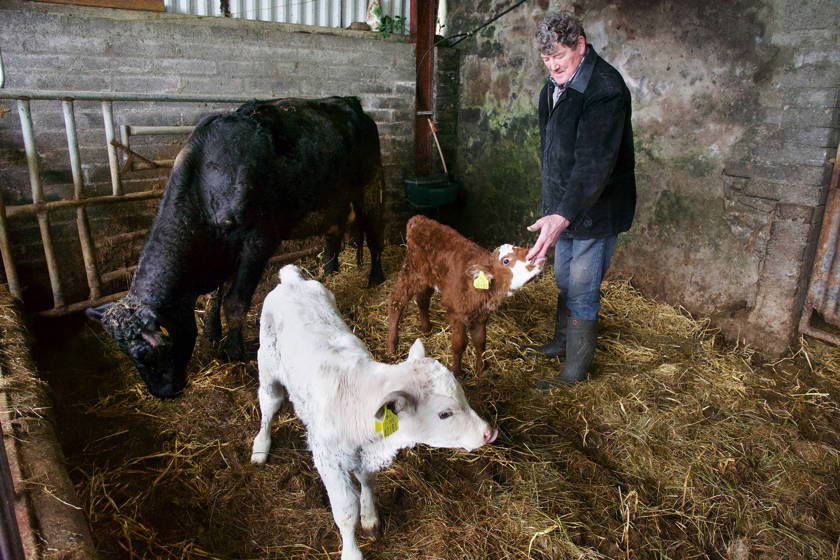 A very unusual thing happened on a farm in Swinford last week when a cow gave birth to a calf two weeks after giving birth to another calf. It looks like it could be a case of the rare phenomenon of superfetation.
The cow, Evie, was artificially inseminated by Sean Hyland from Bova AI Service in October 2019 and February 2020. The first sire was a Limousin bull and the second was a Simmental and both were chosen from Sean’s AI catalogue. Evie herself had an Angus father and Shorthorn mother who was born on Michael Lynch’s farm.

Sean says that the second calf (named Surprise by Michael’s grandson Ryan) has the look of a Limousin but is a completely different colour so it isn’t obvious from looking at her who her male parent is likely to be. It isn’t known whether the two calves have two different fathers or the same father but conceived at different times and it’s so unusual that the farmer is considering having the calves DNA tested to find out for sure.

Daisy was born two weeks before Surprise but is still smaller than her sister who is only a few days old in the photograph.
Either way it’s all very unusual and the farmer Michael Lynch is very pleased that Evie and her calves Daisy and Surprise all survived and are doing well which Michael says is a miracle in itself.