The countdown to next Sunday’s All-Ireland SFC semi-final between Mayo and Tipperary is well and truly on and today the GAA has confirmed its referees for both that and the clash of Dublin and Cavan in the weekend’s other semi-final. 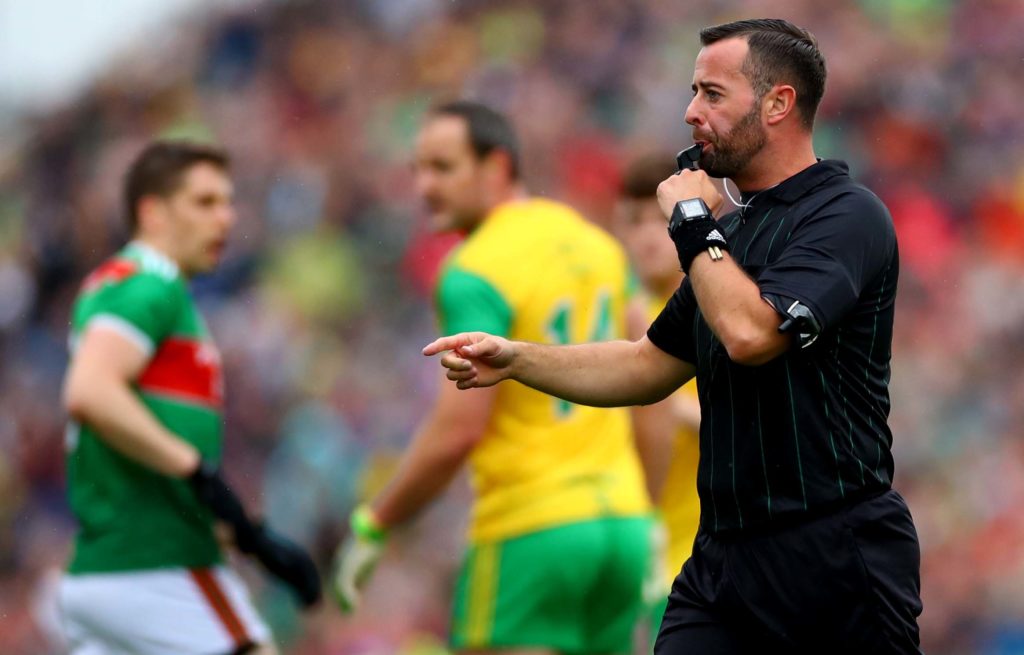 Referee David Gough will have the whistle for next Sunday’s All-Ireland semi-final between Mayo and Tipperary. Picture: INPHO/James Crombie

David Gough will take charge of Mayo’s clash with the Premier County, which has a 3.30pm throw-in in Croke Park on Sunday. The Meath is well known to the Mayo players having taken charge of this year’s Connacht SFC semi-final against Roscommon, last year’s All-Ireland SFC quarter-final against Donegal and the infamous Newbridge-or-nowhere defeat to Kildare in 2018, along with several other of their high profile fixtures in recent years.

Down native Ciaran Branagan will referee Saturday’s semi-final between Dublin and Cavan in Croke Park which gets underway at 5.30pm.