The Mayo man who helped create a Dublin footballing giant

It may come as a surprise to people outside the county but there are two Tonragees in Mayo. The best known is probably that in the parish of Achill, however, another nestles between Ballyhaunis and Cloonfad where Mayo, Roscommon and Galway sit cheek by jowl. It’s a football heartland and the home place of Seán Fitzmaurice – the man who masterminded Ballyboden St Enda’s first Dublin senior football championship win 25 years ago. 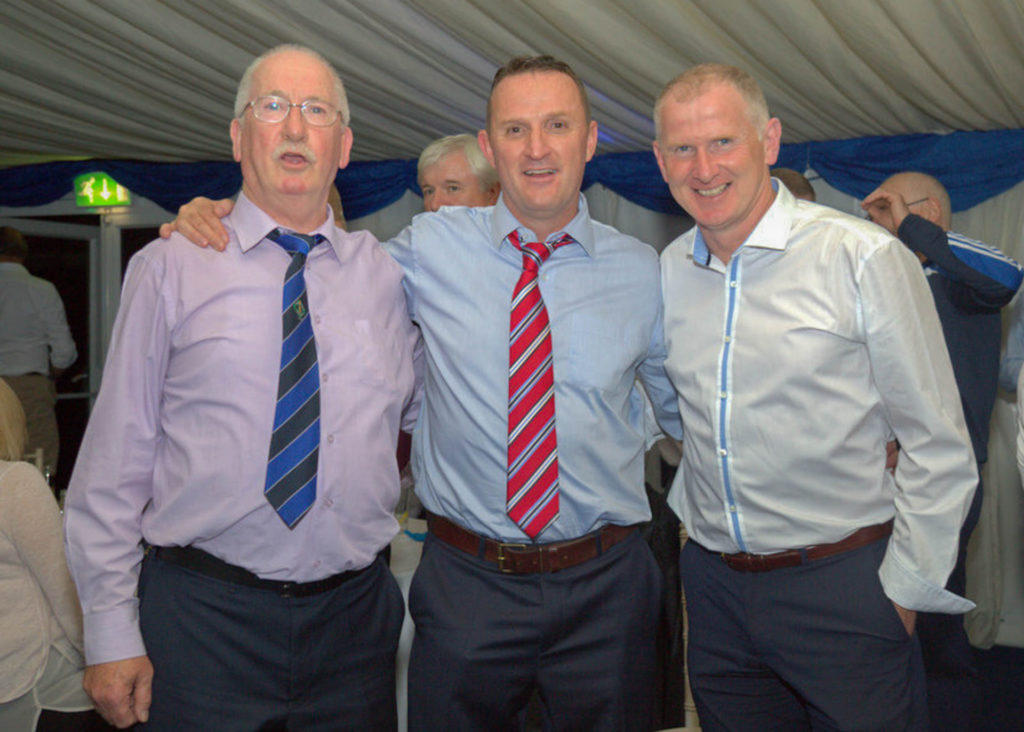 The story of that inaugural victory in 1995 for what is maybe the biggest GAA club in the country is one of many that feature in the club’s history, which is being released next week. The book celebrates the first 50 years of the club that was founded in 1969 and today fields over 170 teams in football, hurling, camogie and ladies football. Written by a Limerick man, Gerry O’Sullivan, the book points to the significance of that breakthrough for the club, which lies off of Exit 12 of the M50 in the south part of Dublin. Since that day in 1995, the club has added three more football titles as well as an All-Ireland Club in 2016 at the expense of Castlebar Mitchels, seven senior hurling crowns, ten senior ladies titles (including All-Irelands in 2004 and 2005) and ten senior camogie championships.
Seán Fitzmaurice joined Ballyboden St Enda’s in 1974 having spent some years working in Northampton where he played with the Sons of Erin. He returned to Ireland to join An Garda Síochána and was posted to Rathfarnham where he met a Cavan man Peter Daly, who introduced him to the club that had only been formed five years previously. He married Noreen Maguire from Granlahan, Co Roscommon that same year and they have reared four children – Shane, Carol, Yvonne and Clare – all of whom have played for the club. 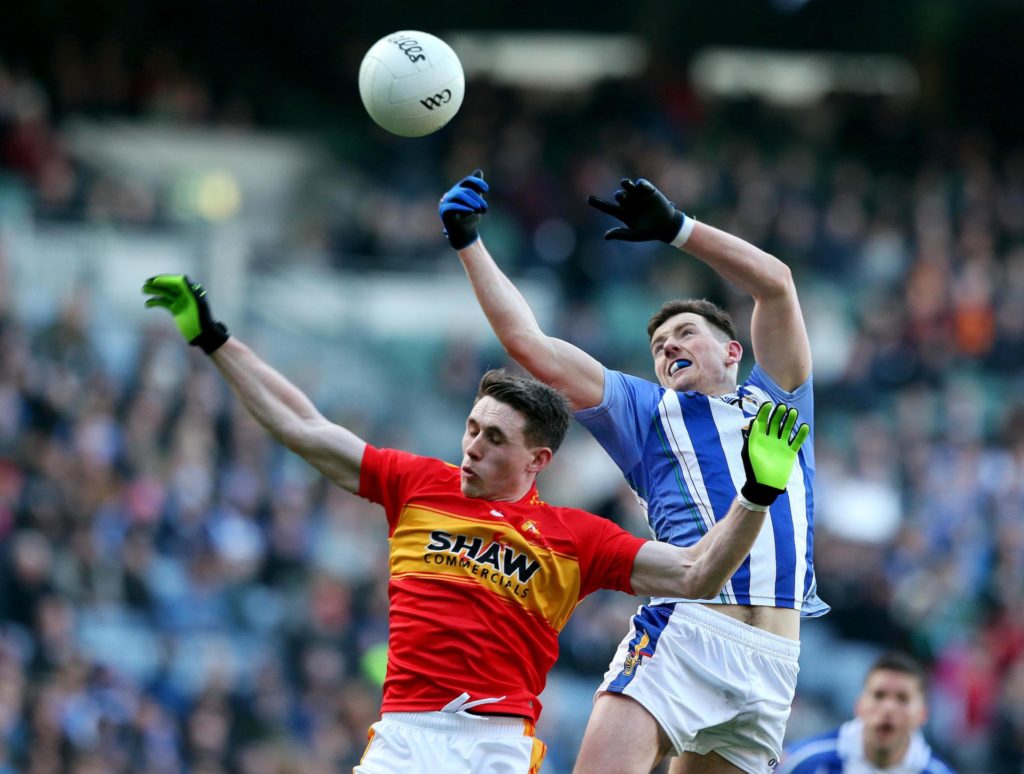 For that historic football championship win in ‘95, Seán had the help of no less than five other Mayo natives. Claremorris supplied both Gay Cuddy, a Connacht Colleges winner in 1977 with St Colman’s, and Anthony Joyce. Tom Prendergast, a selector with James Horan for a number of years, and another Ballintubber man, former Mayo minor manager, Tony Duffy were vital cogs too. Micheál Gardiner of Ballycastle won Connacht senior titles with Mayo in 1996 and 1997 and is still fondly remembered in Ballyboden for the brilliant goal he scored in the semi-final win over St Vincent’s in Croke Park in 1995.
Another Gardiner to serve in the ‘Boden colours is his brother Andrew and another Ballycastle connection is in the club is Maureen Gardiner, niece of Tom Langan of the 1950 and 1951 All-Ireland winning teams. Maureen is married to Pat Walsh of Shrule, a man who has coached several underage teams in the club to championship success. The Langan connection isn’t the only link to the glory days of 1950-51. Mick Mulderrig was a member for a period and was involved in the crucial Saturday morning coaching of the six and seven-year-olds. John Clarke of Ballina is another to leave his mark on the Ballyboden success story.
Seán Fitzmaurice played football for the club and cut his managerial teeth at various levels before sticking his toe in senior waters in 1989 for the first time. In his spell in charge in the mid-1990s, the team won every competition open to it in Dublin. 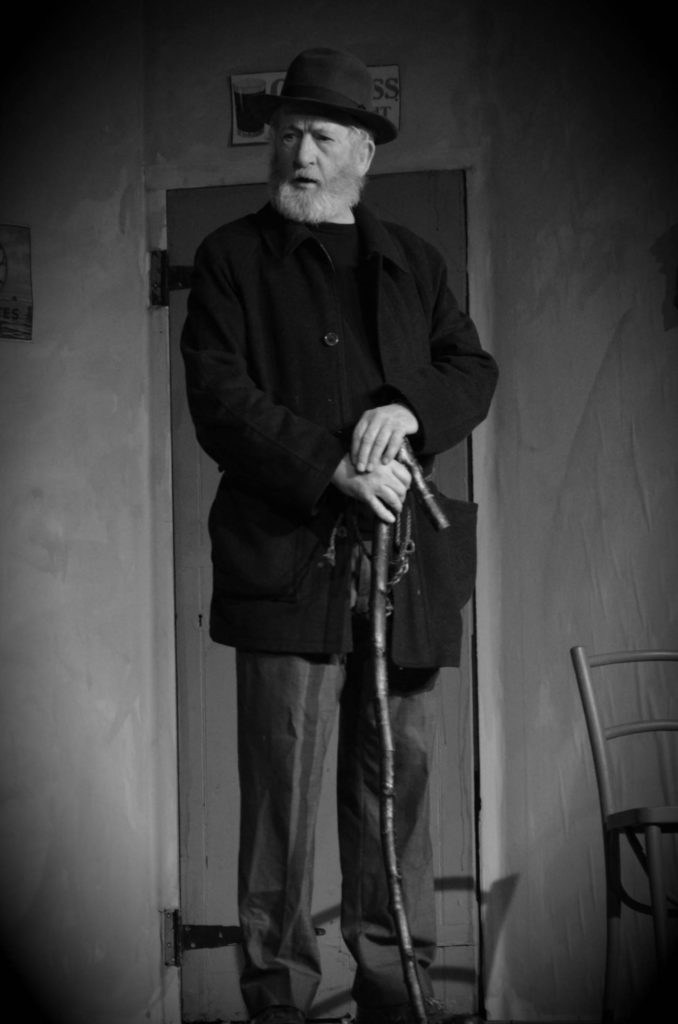 A man for all parts… Seán Fitzmaurice from Tonragee, Ballyhaunis in his portrayal of the ‘Bull McCabe’ in Ballyboden St Enda’s GAA Club’s adaptation of John B Keane’s, The Field.

His talents stretch beyond sport and he has played leading roles in the club’s Drama Group productions including the part of the ‘Bull McCabe’ in John B. Keane’s ‘The Field’.
Ballyboden could be said to be a little bit of Mayo in the capital. The club has also been served by Johnny Culkin who captained Mayo to All-Ireland U21 glory in 1974. The club also calls on the services of Eugene Duffy from Louisburgh and Greg Heraty from Tourmakeady. Jimmy Walsh from Aughagower is a ladies football coach and his design company handled the production of the history book. His neighbours from the same parish, the Basquels, make up a sizeable contingent in the club. Noel is a senior team selector, his sons Colm and Basquel are major players, Tony is a former club treasurer, Gerry has just been elected Chair of the Ladies Football section where his daughters Rachel and Laura feature, and Frank and his company Trubake sponsor the senior football team. Martin and John have also links to the club.
And what is the secret of Ballyboden’s success? Seán Fitzmaurice answers: “it starts on a Saturday morning with the coaching of the six and seven-year-old boys and girls”.
To order a copy of the history, check out www.ballyboden.ie.