Café to send some Mayo treats to the White House (just not yet!) 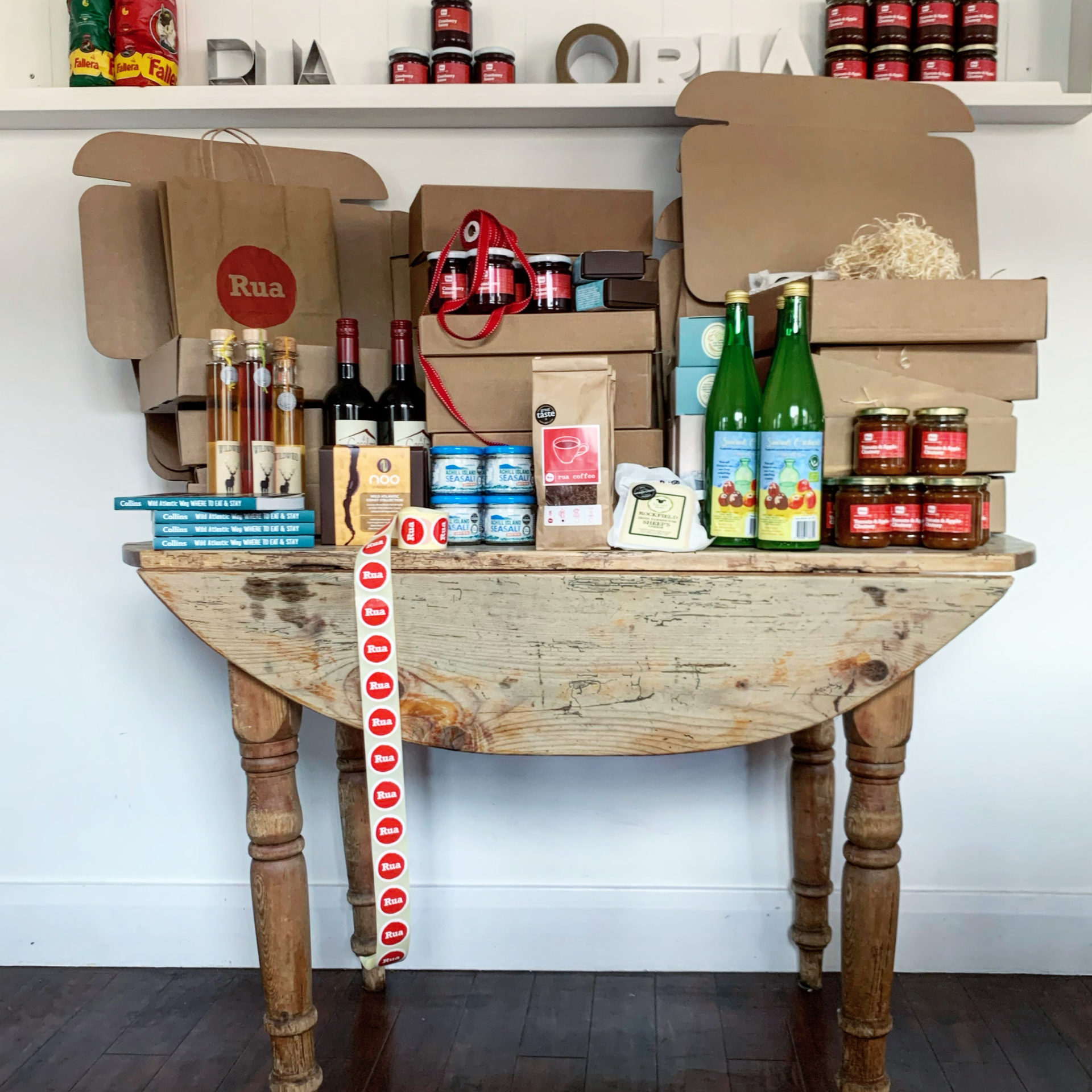 A Mayo food business is thinking both ‘inside’ and ‘outside’ the box this Christmas as they keep customers fed and happy during the festive period.

Castlebar’s Rua is one of Ireland’s leading cafés and delicatessen’s. Run by brother and sister team Aran and Colleen McMahon, the award-winning business has had to adapt their approach and offerings in their two premises on Spencer Street and New Antrim throughout the pandemic.

As an essential food retail business, Rua has managed to stay open on Spencer Street throughout Covid-19 thanks in a large part to its ability and willingness to roll with the punches that have been presented.

“How many waves did we go through as business people? You just have to be chameleons on a weekly basis. You also need to have a great team who are willing to be flexible and go with you which we have. Unless we had that amazing team we wouldn’t have been able to do anything,” said Aran McMahon.

“There was no roadmap let’s face it. If somebody said to you that this is what you are going to be doing this year you would have said, ‘Right, here’s the keys I’m gone!’ We just got on with it,” he added.

Affordable treats have been a bright spot for many during lockdown as people seek solace in the little things.

“Food to me is one of the most consistent comforts and pleasures in life. That’s why I love being in the food business. When there was a lack of ability to do some of the things that give us pleasure, then food became even more important; you just needed something in your day that you could look forward to. Getting through Covid was about having those little markers in your day to keep you mentally going. When you need to be able to put a smile on your face now more than ever food seems to be able to do that,” said Aran.

A consistent champion of local producers, Rua delicatessen have just launched their Christmas gift and food guide. It’s brimming with great gift ideas and highlights all the fantastic Mayo and west of Ireland produce which they sell in their shop on Spencer Street.

Their Bosca Nollaig is a perfect family gift box filled with Christmas treats and can be sent anywhere in Ireland for €50.

The larger ‘Best of the West’ hamper features a comprehensive selection of local artisan producers. As well as an online version of this hamper available for delivery, Rua is operating a click and collect service that can be accessed from their website, caferua.com.

If you’re looking to create your own hamper or have any questions, the team on Spencer street are more than happy to make them to order with 24 hours notice if you give them a call on 094 92 86072.

Thinking on their feet and in order to safely allow more room for their shoppers this year, Rua have converted the upstairs café of their shop on Spencer Street to a hamper and Irish gifts shop. It will be open from Tuesday, December 1 and will feature loads of great ready-to-buy and locally produced gifts as well as serving for a pick-up point for their pre-ordered hampers. For Food orders this year, Rua has also set up an online facility to pre-order your trifle, roulade, red cabbage, stuffing, and much, much more.

Café Rua on New Antrim Street hopes to be open as a full service but In the meantime, they are keeping busy with a great daytime takeout food service, and their Friday night takeout ‘Heat and Eat’ supper service, also available to order from caferua.com sells out every week.

Rua and their producers have been enthused by the willingness of Mayo people to support and aid artisan producers during this turbulent time.

“I think when people are on their knees that’s when Mayo people jump in the most. When it really counts we are really there,” said Aran.

Online and delivery options have exploded in recent months and Rua has seen their products take off nationally and internationally.

“We saw our business being sent around the country in a way we have never seen before,” said Aran.

“One day in the middle of lockdown I had two calls from people in Belgium, one from Australia. These are people who would normally have come home but can’t come home and wanted to use food as a currency to say ‘I love you,’ to their Mam, or their Dad, or their brothers and sisters. So we became the middleman in that. I am hoping that story will continue. That’s what the internet has made possible which is brilliant,” he added.

Rua famously sent former US President Barack Obama a hamper from the west of Ireland following his inauguration. They are hoping to do the same for Joe Biden given his strong Mayo links but will be waiting for a certain someone to vacate the White House first!

“Mr Biden will have to get one too. I’m not going to send it now because I would be afraid Trump would get his hamper!’ Aran joked.