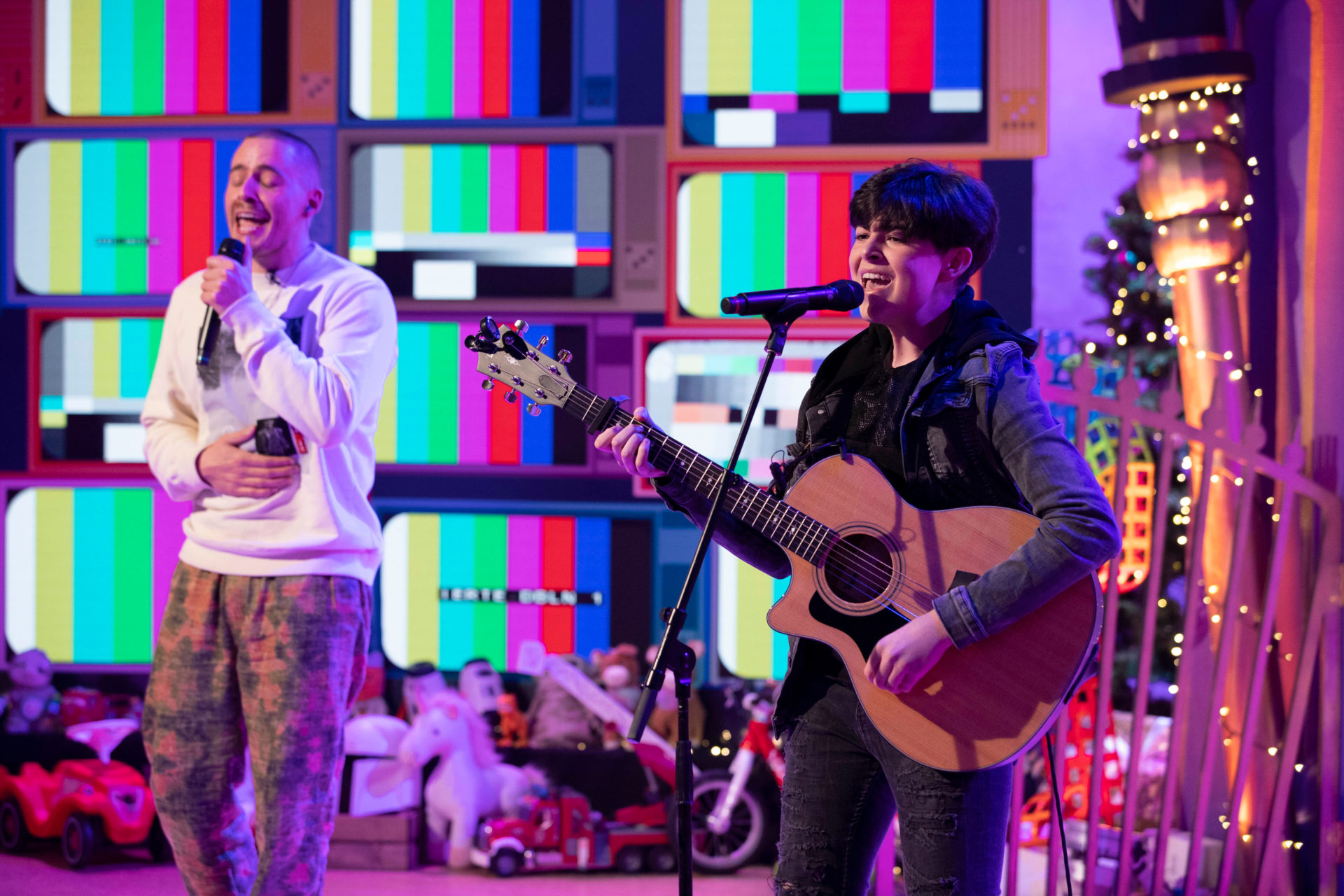 A young Ballina man proved one of the night’s biggest hits at the Late Late Toy Show on Friday night, as he was surprised on stage by his musical hero.

Teenager Michael Moloney is a huge fan of Dermot Kennedy and performed a fantastic version of Kennedy’s hit song Giants. He dedicated his performance to his late father Emmet, who died three years ago. His is a musical family with his mum Sandra, grandparents, aunts and uncles all involved in music and performing.

Unbeknownst to Michael, however, Dermot Kennedy himself was waiting in the wings to join Michael on stage mid-way through his performance, and the pair dueted the remainder of the song. Despite his obvious surprise at being joined on stage by the star, Michael kept his composure, with Toy Show host Ryan Tubridy hailing his professionalism at the end of the performance.

Kennedy was clearly impressed with Michael’s rendition of his song too, describing it as “magic” and even inviting the young Ballina man for a day’s recording session at Windmill Lane Studios in Dublin, where he will have a chance to lay down some of his own original songs.

It could well be the first of many for the talented young Mayoman. Watch his remarkable performance below: