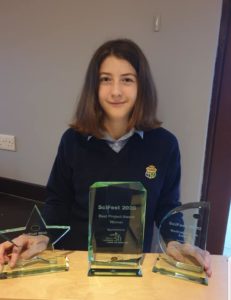 Students of a Claremorris school have received national awards at the Scifest competition.

Students of Mount St Michael Secondary School were awarded for their achievements in the world of STEM.

Aoibheann Mangan won the SciFest Scientist of the Future award for her project on ‘Hospital Holly and Henry, A Mobile Trinal Interactive Solution to Eradicate Children’s Fears of Medical Procedures’.

Both Aoibheann and her teacher, Paula Campbell were thrilled to receive the award.

The project is a Scratch interface doll game that aims to help kids conquer their fear of hospitals. Aoibheann hopes to see it distributed across Ireland.

SciFest’s main objective is to promote Science, Technology, Engineering and Maths (STEM) education through the provision of a forum for students at local, regional and national level to present and display their scientific investigations. 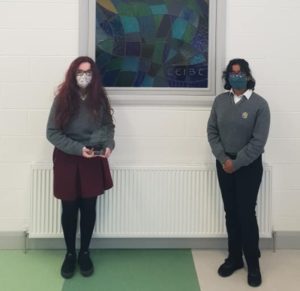