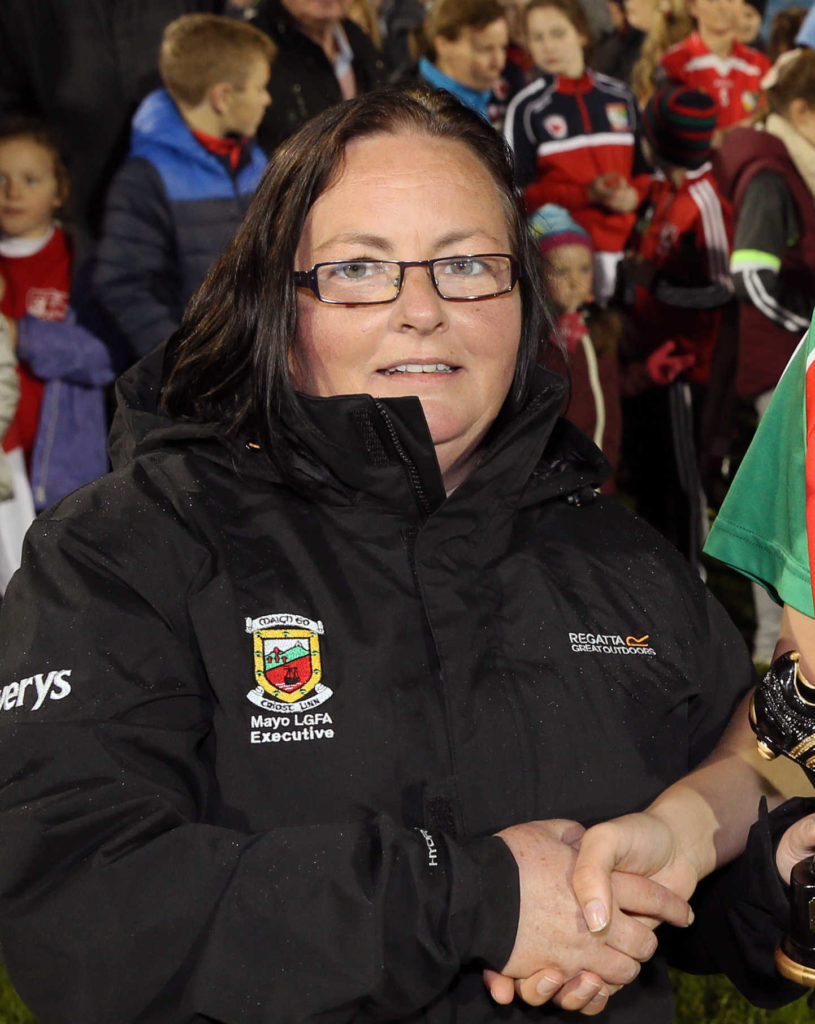 Yvonne McEvilly says she has been asked to step down from her role as chairperson of the Mayo Ladies County Board but is refusing to do so. Picture: Michael Donnelly

The chairperson of the Mayo LGFA has launched a stinging criticism of the Connacht LGFA sub-committee which was appointed to run the affairs of Mayo ladies football in June, claiming that there has been a complete lack of engagement and communication from the provincial body over the last five months.
Yvonne McEvilly, who was the sole member of the Mayo LGFA executive to remain in her position after the other officers of the board resigned en-masse last March, said she has repeatedly sought meetings with the Connacht sub-committee to discuss the issues within Mayo but has so far been ignored.
The Connacht LGFAsub-committee, comprising Connacht president Con Moynihan Snr, secretary Mary Hernon and treasurer Brendan Cregg, were appointed by the national LGFA on June 19 to take over the running of Mayo LGFA on the grounds of no County Board structure existing in Mayo.
That was on foot of all executive officers in the Mayo LGFA barring the chairperson tendering their resignations in March, citing the financial state of Mayo LGFA and a concern for how the County Board is structured and organised as their reasons for doing so.
“The Connacht sub-committee were put in initially to liaise and assist with me. To date, they have totally eliminated me from everything to do with Mayo,” said McEvilly on Monday.
“They gave no help to our senior management team or our players for the Tyrone or the Armagh games. I worked closely with Peter (Leahy, Mayo senior manager) on it, even in terms of getting a second set of jerseys for the team.
“We have had no communication whatsoever from this Connacht sub-committee. I’m very frustrated with that, because these were people who were asked by the LGFA to come in and assist, and in order to assist you have to be in communication with our senior manager.
“There was communication from the acting secretary at half-past ten on the morning of the game against Armagh, which is slightly late when you’re playing a game that afternoon,” she continued.
There is currently an open Garda investigation into Mayo LGFA’s 2019 accounts. The decision to refer the accounts to the Gardaí was taken at a County Board meeting in February, prior to the mass resignations of the officers the following month. The former secretary and treasurer met with a local superintendent to advance the matter.
“We are in a situation where there is a Garda investigation ongoing with regards to our accounts.
“I am the chairperson in Mayo and I have requested copies of our bank statements from our Connacht sub-committee, but the sub-committee don’t even acknowledge my emails at the moment,” claimed McEvilly, who went on to say that the national LGFA are fully aware of the communication issues after she held an online meeting with LGFA president Marie Hickey and CEO Helen O’Rourke last Tuesday evening.
“I had requested on numerous occasions a meeting with the LGFA. Eventually, the president and the CEO had a Teams meeting with me last week. But we’re now talking eleven months since what happened with regards to the accounts. 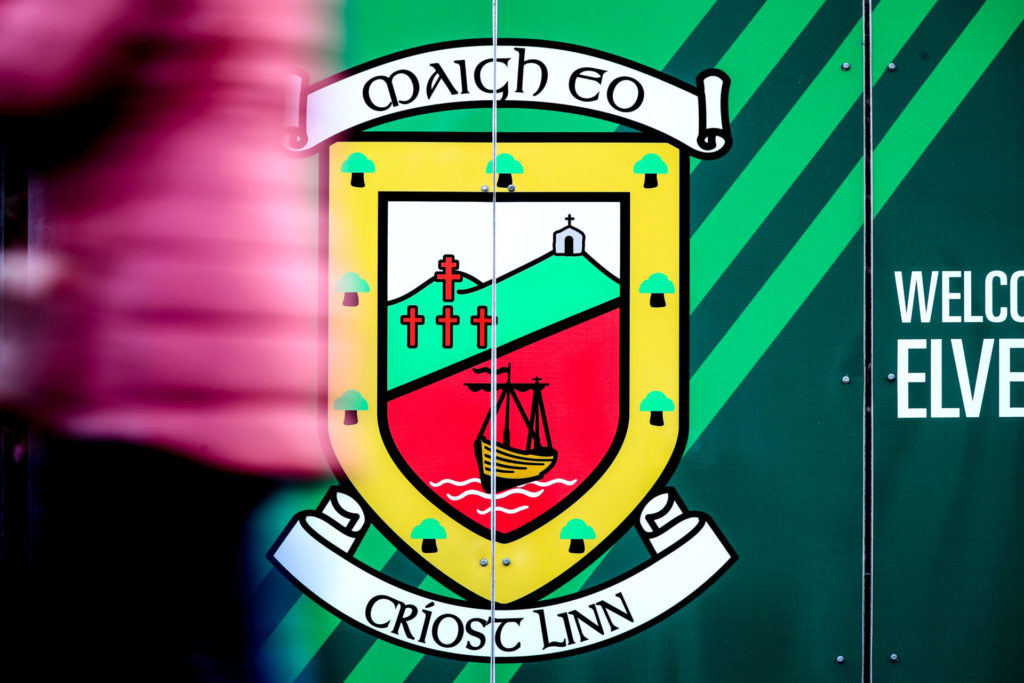 Mayo Ladies football remains in an uncertain state because of the lack of a functioning County Board.

The national LGFA has extended the timeline for county AGMs in the light of Covid-19 and the level 5 restrictions, meaning County Boards now have up until the end of January to hold their annual meetings. McEvilly said there is no set date for the Mayo AGM as of yet but that she hoped it could be held early in January.
It had been hoped that an emergency EGM could be held soon after control was transferred to the Connacht Council in June in order to fill the vacant roles on the Mayo County Board, but McEvilly said that no such EGM was ever planned and that nominations for positions sent in by Mayo clubs went unanswered.
“I know that clubs nominated people for those roles. There are people in Mayo who want to run Mayo. We don’t need Galway or Roscommon people running Mayo; we want Mayo people running Mayo,” she said.
“These nominations that came in from the clubs, when I asked the acting secretary for copies of them, she said that I wasn’t entitled to see them, that only herself, Con and Brendan were entitled to see them.

“There was no EGM. No clubs that had put in nominations were informed why that was. Covid hasn’t helped the situation but in the interim, we could have had an EGM to hold Mayo over until the AGM. At that time we could have held a meeting with up to 50 people, so all 32 clubs in Mayo could have been represented. But that EGM seems to have been brushed under the carpet and no-one has ever heard the reason why it didn’t happen. No one was ever informed who had been nominated. Everything was brushed away.” 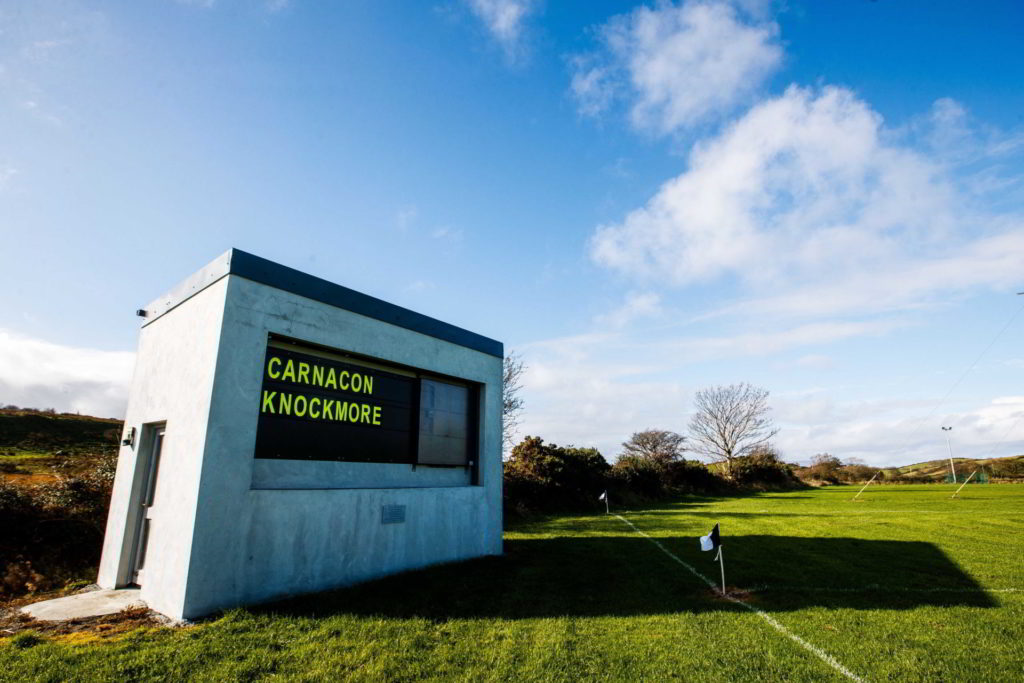 McEvilly claims that she was asked by the Connacht sub-committee to consider stepping down from her role as chairperson but refused. She insists that the lack of communication from the provincial body has made it almost impossible for the ongoing issues within ladies football in the county to be resolved.
“We had ten members who resigned last March. To date, the people who came in from Connacht have not sat with me, asked me what went on, asked me why they left or asked me have we a plan going forward,” she said.
“The only thing they asked me was would I step away from my position in the best interests of Mayo, which I blatantly refused. Because by trying to brush stuff under the carpet, it ain’t going to go away.
“So I was not leaving my role to accommodate Connacht or the LGFA, to think that once I was gone everything would disappear. It won’t disappear. And as I’ve made quite clear, the more people ignore me, the more I will dig my heels in, until the truth comes out.
“It’s very hard to resolve a problem when everyone is trying to avoid the problem. I have at no stage denied or tried to avoid any problem. To me, the way you resolve things is you sit down and talk about them.”