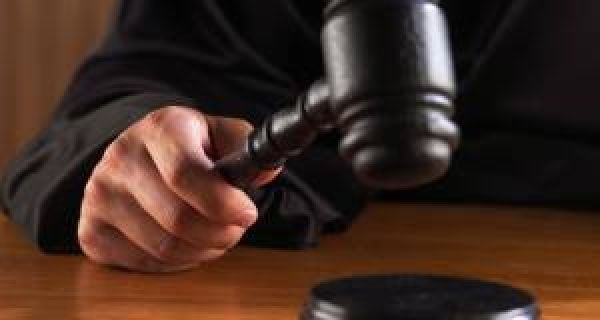 A man who was caught with child pornography on four devices at his home later admitted to gardaí he had been viewing such material for five years.

He has been registered as a sexual offender since he entered pleas of guilty. He has no previous convictions and has not come to garda attention before or since.

Today, Judge Melanie Greally adjourned the case to allow for the preparation of a report from the Probation Service. She remanded Moore on continuing bail until February 22nd next, for sentence.

Detective Garda Brendan O’Hora told John Byrne BL, prosecuting, that gardaí were alerted to the posting of two images of child pornography on a legitimate image hosting and file sharing website in July 2016.

The IP address associated with the uploading of these images was traced back to Moore and in November 2016, his home was searched.

Moore was at home at the time, along with his wife, and made immediate admissions to gardaí and identified those devices he used when viewing child pornography.

Det Gda O’Hora said Moore told gardaí he had a problem with looking at child pornography “for possibly five years” and insisted that he never printed anything out, but rather viewed it online. He said he had been the victim of sexual abuse as a child himself. He said he had never done anything to any child.

Moore was arrested in May 2019 after the four devices were forensically analysed. He again made full admissions and acknowledged the hurt he had caused the victims, his family and the public in general. He thanked the gardaí for the courteous way they had dealt with him.

Det Gda O’Hora agreed with David Perry BL, defending, that Moore accepted everything that gardaí put to him and fully acknowledged the wrong he had done.

From the moment we entered the house, he put this hands up

“From the moment we entered the house, he put this hands up,” Det Gda O’Hora said before he accepted that Moore “showed remorse for his actions from that day to this day”.

He said he was aware that Moore was diagnosed with having Motor Neurone Disease in February 2018.

Det Gda Michael Fitzgerald told Mr Byrne that 536 images and 35 movie files of child pornography were found on the four devices. He acknowledged that there were some duplication of files.

He analysed the material and found that a number of images showed children aged between one and 14 years old engaged in or witnessing sexual activity.

Michael O’Higgins SC, defending (with Mr Perry) told Judge Greally that it was a particularity “distasteful offence” and acknowledged that it was “abominable in nature”.

“Abominable acts have to have occurred in order to create these images or videos in the first instance,” Mr O’Higgins said before he asked the court to accept that the person who views the material is not the person who subjects the children to this abuse.

A person who views the images is “both morally and criminally responsible, but they can be separated from those who are creating them in the first instance and usually selling them for profit,” counsel submitted.

He said his client was “sexually abused by three different people” and suggested that it is “a pattern that the court sees” that people who themselves were sexually abused as a child have some tendency to develop a sexual interest in children themselves later in life.

Mr O’Higgins said his client’s crimes have had a devastating effect on his relationship with his wife and children. He has since separated from his wife, although they remain in contact, but Moore acknowledges the huge stress his behaviour has had on his family.

“There have been huge ripples of discontent” counsel said and added that Moore’s adult children are finding it difficult to “analyse, process and understand that these are the actions of the father”.