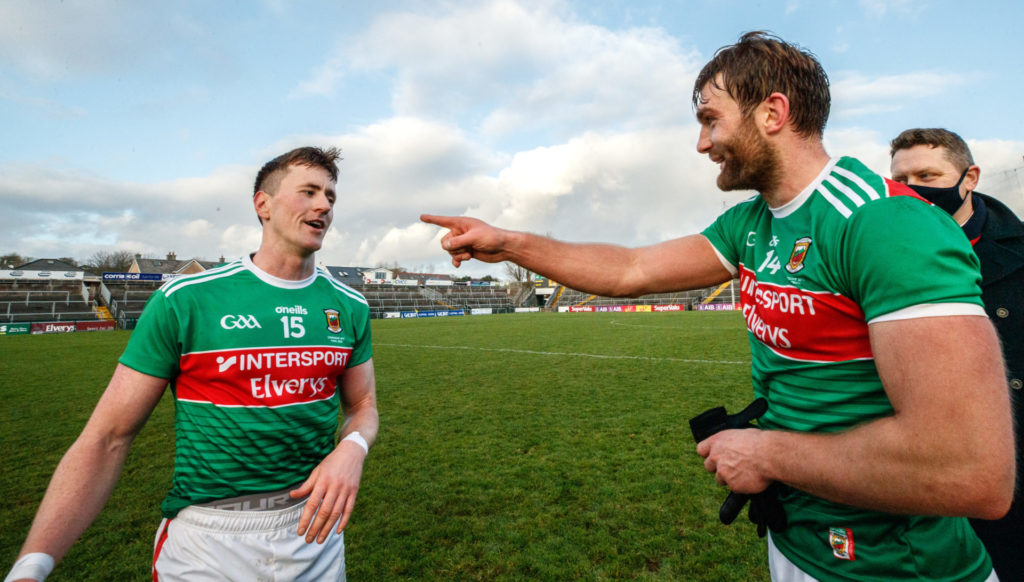 As Mayo tended to their carefully manicured lead heading into the final quarter, they would have understood the need to find a little bit more, a singular moment of magic, a gust of momentum to bring the game home. Eoghan McLaughlin would produce the game-defining moment as it happened, bursting through the heart of Galway’s defence like a roadrunner scurrying through a deserted wasteland.

And while his shot may have been parried away by Bernard Power, it instigated momentum in Mayo’s favour, just as it was beginning to look like their lack of a clinical edge was finally coming back to haunt them. They’d been here before and they were packing the bags to visit again.

McLaughlin’s blistering speed and energy were of course crucial to the opportunity in question, but it must not be forgotten that it was created in midfield. Aidan O’Shea had drifted into an open patch of land opposite the stand to claim a mark, and without a moment’s hesitation he moved quickly to find the spare man and hence help produce McLaughlin’s shot on goal. He had been relatively anonymous by his standards so it was a timely reminder that he is capable of producing big game moments just when it matters every once in a while.

That’s not to say Sunday’s tussle can be considered among one of his greatest games in the county jersey. Far from it.
Mayo fans have been at pains to see O’Shea finally reaching his potential over these past few seasons, debating among themselves where he could be best utilised, all against the backdrop of opposition fans branding him as the “most overrated player in the game”. No player in the country has come under the degree of scrutiny these past few seasons as much as the Breaffy man. It is what it is, but it’s still grossly unfair. 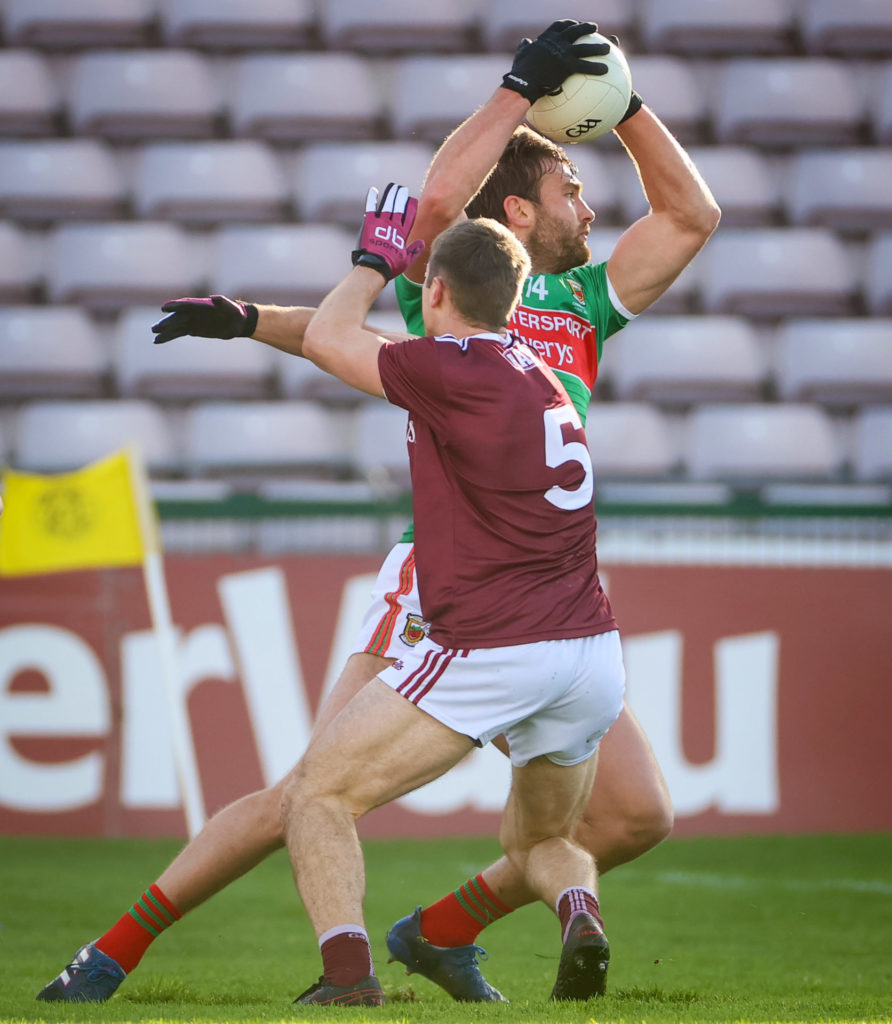 Aidan O’Shea comes up against Liam Silke of Galway in the Connacht final at Pearse Stadium.

For all the talk of him being an overrated player, it must not be forgotten that he was assigned the task of marking Kieran Donaghy, so often Mayo’s Lex Luther, as Mayo removed the green and gold monkey from their back in 2017. That achievement was quickly forgotten.

Two years previously, he produced arguably the best season of his career at full-forward, culminating in an All-Star award in the position, and wherever he has gone, from midfield to centre-half forward, he has always come in for special treatment from opponents, his burly frame never delivering even a hint of favour from officials. Alas, he’s still apparently “overrated”.

For most of his career, he’s been subject to undeserved criticism and, unfortunately for him, it’s unlikely to ever go away. It’s a credit to the man that he’s continued to trundle on, year after year.

“Critics are like eunuchs in a harem,” Brendan Behan once said. “They know how it’s done, they’ve seen it done every day, but they’re unable to do it themselves.” They’re words O’Shea can no doubt relate to.

Over these last few weeks however, O’Shea has offered glimpses of an athlete that can be more than a plodder. Few players, if any, could fetch a ball from above Seán Andy Ó Ceallaigh in the manner O’Shea did in Tuam a few weeks ago. No other player can absorb contact in possession in the manner he can. And no other player can continue to take to the field under such immense criticism year after year as he has. No other player has had to. Yet the question still must be asked: Are Mayo getting the most out of O’Shea?

His current role seems to oscillate between being a target man at the edge of the square and being an aerial target in the middle of the field when some ballast is needed. He initially sets up camp inside, coming out when starved of possession and retreating back to the edge of the square just as opportunities begin to create themselves again. All of it has a whiff of indecisiveness about it.

It seems like the team is still not completely sure where to utilise their captain, and instead of gambling they’re hedging their bets.

James Horan and his backroom team have already filled many of the gaping holes from their spring campaign over the summer. The need for an alternative forward in the full-forward line has been found in the form of Tommy Conroy. The need for new energetic talent in an ageing backline has been a call answered by the likes of Oisin Mullin and Eoghan McLaughlin, while a new approach in midfield with more focus on movement has been, thus far, a resounding success. 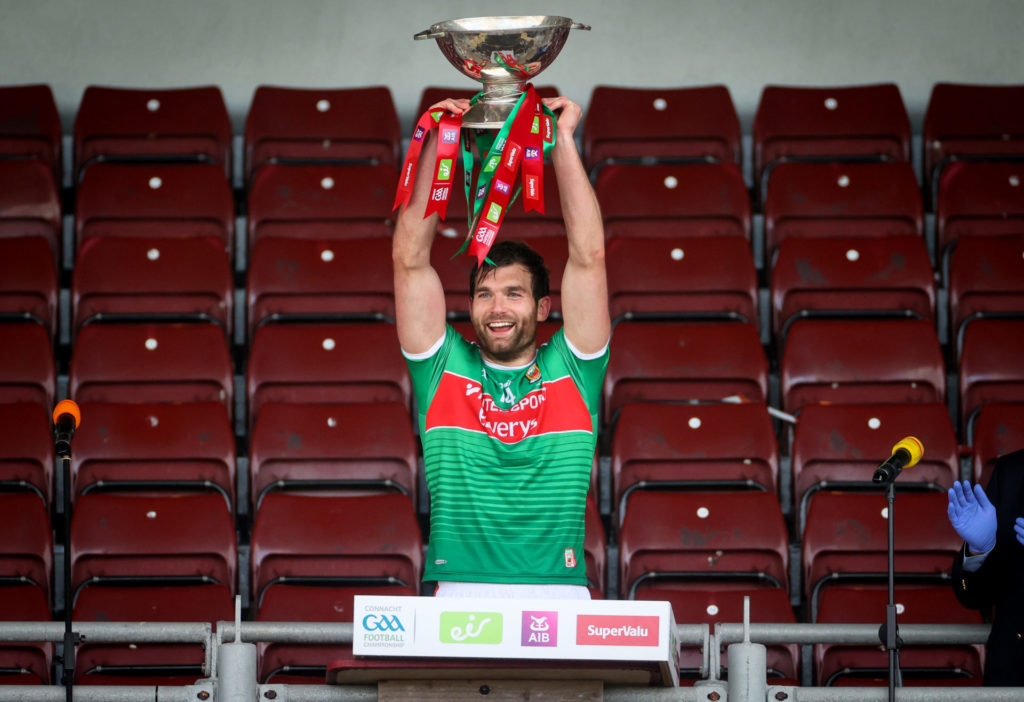 The repositioning of Conor Loftus to the middle third had been somewhat disconcerting at first, even for the denizens of Crossmolina. This is a population who were only recently subject to the likes of Christopher Walken and Emily Blunt tottering around town like they were Darby O’Gill. Still, in terms of unexpected bombshells, their star forward wandering around the middle third of the field has trumped a host of Hollywood stars dallying about town with strange Irish twangs.

Horan’s final task of the year will be finding O’Shea’s best position and devising a way for him to produce a consistent and effective impact. That doesn’t necessarily mean he has to find a way for O’Shea to emulate the goal-scoring of Conroy or the speed of McLaughlin and Mullin. He doesn’t necessarily need to have possession of the ball at all.

O’Shea’s greatest asset is perhaps the fear he instigates in opponents. Both of Mayo’s goal chances in the second half against Galway came about as a result of large expanses of space being abandoned by Galway and it’s no coincidence that O’Shea wasn’t located at full-forward at the time. He boasts a magnetic field that attracts opponents not to the ball but to the player. That, in turn, opens up space elsewhere. Diarmuid O’Connor’s goal against Roscommon was a direct result of the Breaffy man drifting out past the edge of the D, bringing a couple of Roscommon defenders in tow, and opening up the space for O’Connor to run into.

This may now be O’Shea’s true calling. But it’s a role that must be honed further before heading for Croke Park.
His career began as a centre-forward with a sweet left peg. He soon morphed into the towering midfielder who became peerless in the air. For the final chapter of his career, he may have his greatest impact without the ball in his hand. What does it matter if there’s a medal there instead?