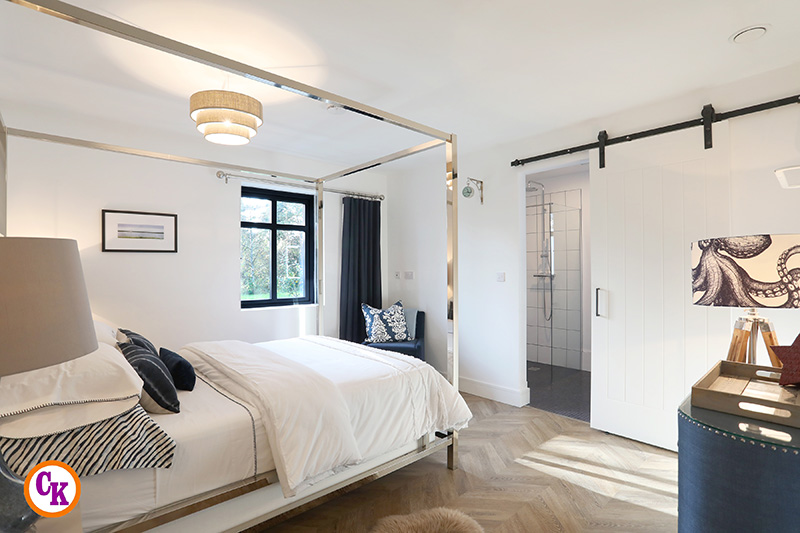 One of the bedrooms in the beautifully-restored home.

Grey Gate Lodge on the Ballina Road in Foxford was a derelict shell with no windows or doors and the land surrounding it was a dump site when Karen Mackay purchased it in 2018.

Not only did the US-born interior designer transform it into one of the country’s most charming homes but because a TV crew from House Hunters International was following the project she only had five months to turn it around.

Inspired by a cottage at Kylemore Abbey, a favourite attraction of hers after donating plants to the gardens there a number of years ago, she opted for a Victorian look. 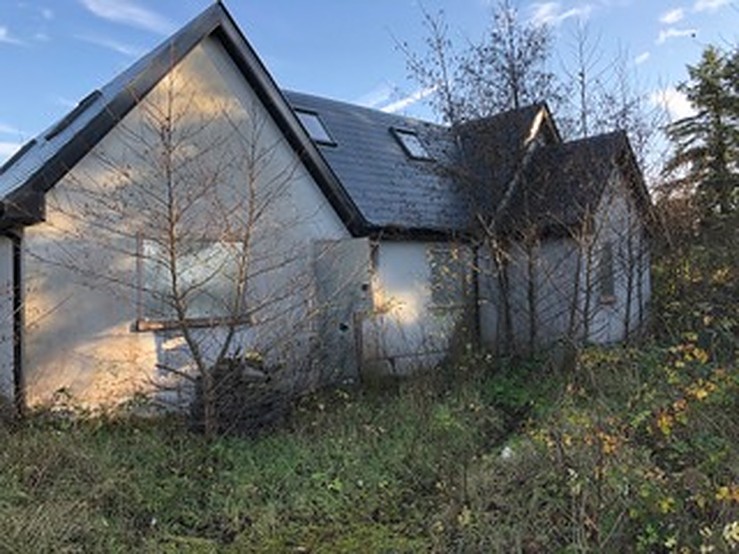 This is the shell of a house before it was restored.

From her brisk 15-minute viewing appointment she was aware the shell with its double block walls was sound and she was attracted to the three peaks at the front of the property and style of the chimney.

“It’s a sweet home and gardens and turning it from a sad forlorn and overgrown broken down cottage into a modern Victorian Gate Lodge inspired home was a lot of work but a lot of fun. The upscale design elements make it a unique build out too, and not readily seen locally I believe.”

A builder bought the 1940s home in 2008, gutted it, and was at the initial building stages when it was left vacant for a decade.

After buying it on an online auction in September 2018 and closing the deal two months later, work was shelved until the new year. 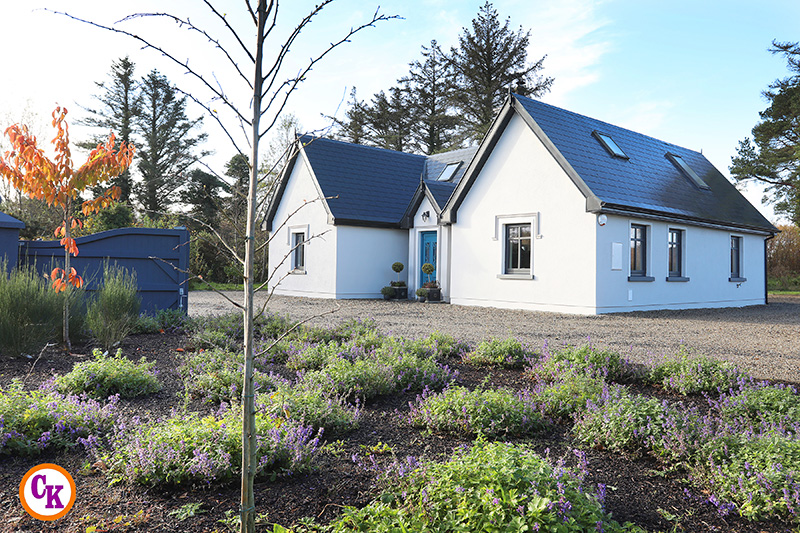 The house has been transformed beyond all recognition.

It was March before progress really began and Ms Mackay had to have the project finished for filming by September 1.

She admits it seemed like an arduous task at times with a septic system, electricity and drainage to sort as well as a large site to clear. But she never lost sight of her goal – to have a “green build”.

“It really matters how a house is built. So many have dry rot and rising damp is a big issue so it’s important to get it right.”

While the details like the finials, Victorian features over the windows, vaulted ceilings down to the hidden larder are carefully thought out, the designer ensured the non-aesthetic work like the insulation and the triple glazing were of the highest standard.

It was that attention to detail that helped her transform the shell into a stunning four-bedroom A3 BER rated home.

But the majority of questions from building and interior enthusiasts are not about the structure or the layout or how she managed to stick to such a tight schedule of works – the question on everyone’s lips seems to be ‘what colour is on the front door’.

Partially hidden behind the gated entrance the vivid, customised piece is given additional character with two reclaimed stairs rails taken from a Dublin house. 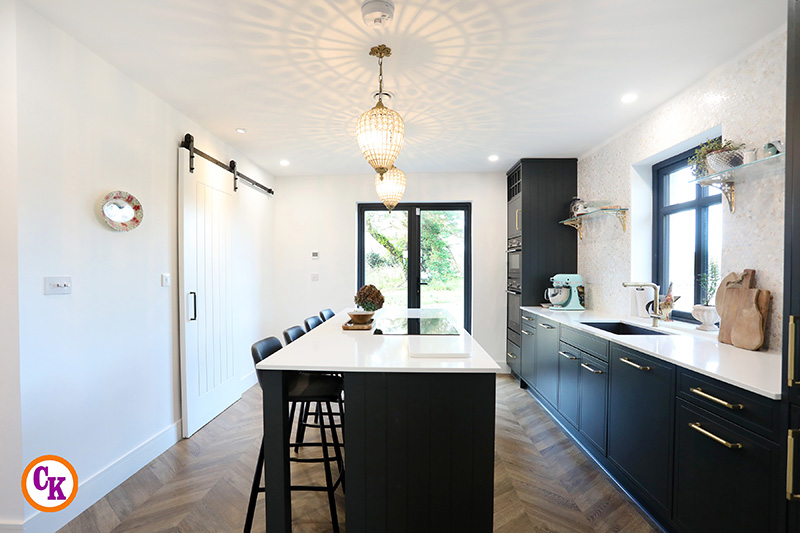 Inside, Victorian features are speckled throughout with an old mantle in the sitting room and a tier drop chandelier over the kitchen island sitting comfortably with state of the art features.

This is Ms Mackay’s “12th or 13th property”. She’s lost count at this stage but says there are “five more houses left in me”.

“I do a lot of renovations. I like new builds but in my heart, I love seeing old things reconditioned.

Ireland has been lucky to have her as a designer for a number of years but with a new head of state in the White House, it’s likely she will return home.

She first came to Maynooth as an exchange student in the ’80s, returned in 2006 to study in UCD and was married to a Cork man for 20 years.

“I was over to Ireland twice a year for years,” she explained.

Then in 2015, she established her company Wild Atlantique, a coastal-inspired clothing and home décor business, in Florida but within two years Donald Trump was elected president and she left the United States.

When Grey Gate Lodge sells she intends on relocating to New Jersey to open a flagship store and taking the level of interest from potential buyers into account it’s unlikely she will be in Foxford for too much longer.

The four-bedroom home on six acres with another acre of bog is selling through CK Properties Auctioneers with an asking price of €425,000.

Planning has been approved for a sun-room to the south side of the house and the foundation has been laid for a studio next door.