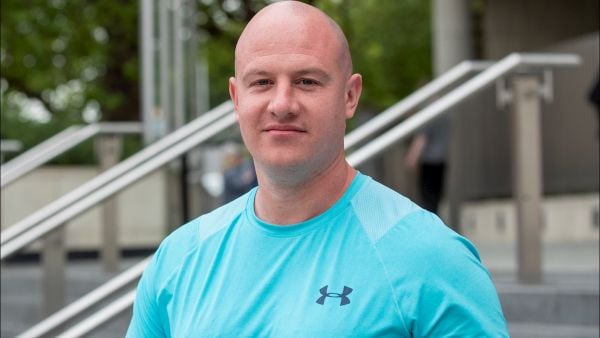 A convicted killer has surrendered himself to Dutch authorities for his part in the stabbing and dismemberment of a man whose remains were found in a canal over 10 years ago.

At the High Court today, Barry McArdle (34) from Drimnagh in Dublin, but who had been living in Galway, formally surrendered himself to the Netherlands for the stabbing and dismemberment of Keith Ennis (29).

Mr Ennis suffered a fatal upper-body stab wound in Rotterdam in 2009 before his body was disposed of in a watercourse between Rotterdam and Amsterdam.

Dutch authorities successfully appealed McArdle’s previous acquittal on a charge of manslaughter and he was sentenced to 12 years and three months imprisonment in his absence by the Amsterdam Court of Appeal on May 17th, 2018.

Ms Caroline Cummings SC, for the Minister of Justice, told Mr Justice Paul Burns at today’s extradition hearing that a warrant had been issued in the Netherlands for McArdle on April 22 of this year.

The warrant was endorsed by the High Court in Ireland on June 6th and McArdle was arrested in Galway on July 1st on foot of a European Arrest Warrant, she said.

McArdle had been convicted in the Netherlands in 2017 for his part in dismembering the body of Mr Ennis but had already served the two years imposed on him by the time of his conviction.

McArdle had been found not guilty of the stabbing of Mr Ennis, however, and was released by Dutch authorities in May 2017, when he immediately moved back to Ireland.

The public prosecutor in the Netherlands successfully appealed the not-guilty verdict and in 2020, after a Supreme Court ruling upheld that decision, McArdle was found guilty of the stabbing and sentenced to 13 years.

Ms Cummings said that the balance of McArdle’s sentence left to serve was 4,514 days.

McArdle was found guilty of “murder/manslaughter and of removing or disposing Mr Ennis’ body in order to conceal the cause of death”, said Ms Cummings.

Mr Justice Burns remanded McArdle in custody for 10 days, pending his surrender to the Netherlands.

Responding barrister, Ms Leanora Frawley BL, for McArdle, said that her client had a “one-off” opportunity in Ireland for a surgical procedure to remove a colostomy bag.

Ms Frawley said that McArdle had an appointment for the surgery but would need a consultation before undergoing the procedure and asked Mr Justice Burns for bail on that day, which is yet to be arranged.

The court previously heard that McArdle had a section of his bowel removed, had a colostomy bag fitted and that he could not lift anything heavier than a kettle.

Remanding McArdle in custody, Mr Justice Burns said that the court noted McArdle’s circumstances and adjourned matters to Friday, November 27th, to allow time for either an affidavit or sworn evidence to be presented to the court regarding McArdle’s medical procedure.

At a previous bail hearing at the High Court, which was refused, Detective Garda Eoin Kane, of the Garda Extradition Unit, said McArdle was a flight risk and that he has 19 previous convictions including possession of €1 million-worth of diamorphine for the purpose of sale or supply.