15 not out: The man ruling Connacht with an iron fist

James Horan pumps the air at the final whistle of the Connacht SFC final between Mayo and Galway at Pearse Stadium. Picture: Ramsey Cardy/Sportsfile

Last Sunday’s clash with Galway in Pearse Stadium brought to 16 the total number of games in which James Horan has managed Mayo in the Connacht senior championship. Over the course of his two stints in charge, between 2011 and 2014 and 2019-2020, Horan has enjoyed phenomenal success within the province.
Of those 16 games, Mayo have won 15, the one outlier being last year’s Connacht semi-final defeat to Roscommon in MacHale Park. Famously, in this first term in the job, Mayo enjoyed a four-year unbeaten stretch in the province, beginning with a shaky win away to London back in 2011 and ending with the 2014 Connacht final win over Galway.
Several remarkable statistics illustrate just how dominant Mayo under Horan have been in Connacht. Under his command, they have never lost a game away from home. They have also never lost a Connacht final.
Mayo under Horan have played Galway four times in Connacht (in the finals of 2020 and 2014 and the earlier rounds of 2013 and 2011) and have never lost to their oldest rivals. In fact, Sunday’s one-point winning margin was by far the narrowest Mayo have enjoyed over Galway in those four encounters, after winning by six in 2011, by a whopping 16 in 2013 and by seven in 2014.
If you step outside the confines of the province momentarily and include last year’s qualifier Round 4 win over Galway in Limerick, it brings Horan’s record as Mayo manager versus Galway to played five, won five.
The Tribesmen may have gained the upper hand in the rivalry in the years between Horan’s two terms, even while Mayo were reaching All-Ireland finals later in those same years, but Sunday’s victory, a first over Galway in Connacht since 2015, has tilted the balance of power in the western province back in Mayo’s favour, moving them level with Galway in the all-time Nestor Cup roll of honour in the process. 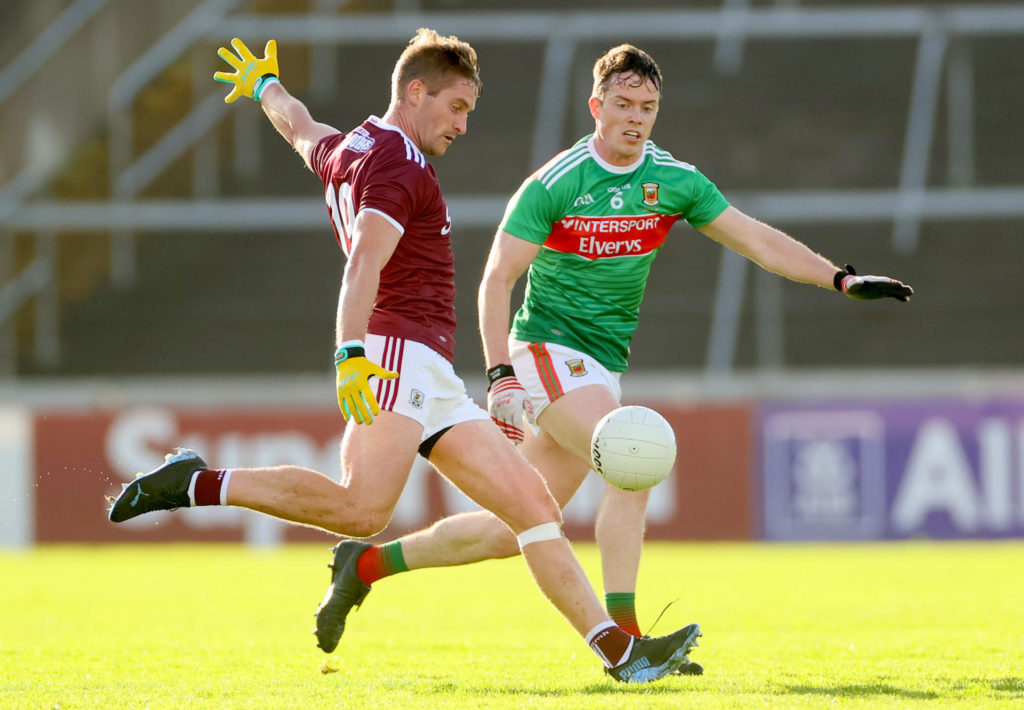 The only team Mayo under Horan have encountered within the province more often than Galway is Roscommon, against whom Horan has managed the county five times. He won the first of his five Connacht titles as a manager against the Rossies on a damp day in Hyde Park back in 2011 and went on to record semi-final wins in both 2013 and 2014, as well as the 2020 semi-final the weekend before last.
Roscommon do have the distinction of being the only county to beat a Horan-managed Mayo in the Connacht championship, thanks to their one-point win in Castlebar in May 2019. That defeat is the only blot on an otherwise pristine copybook of the Ballintubber clubman within the province.
He has somehow managed against New York (twice) more often than he has against Sligo (once, back in 2012) and has faced off against Leitrim and London twice apiece.
Nine years have passed between Horan’s first Connacht title as Mayo manager and his fifth, but it’s interesting to note that the DNA of that 2011 team remains very much intact in the 2020 version.
Four of the players who lined out for Mayo in that first Connacht final in the Hyde back in 2011 also lined out in Pearse Stadium on Sunday – Keith Higgins, Aidan O’Shea, Kevin McLoughlin and Cillian O’Connor. 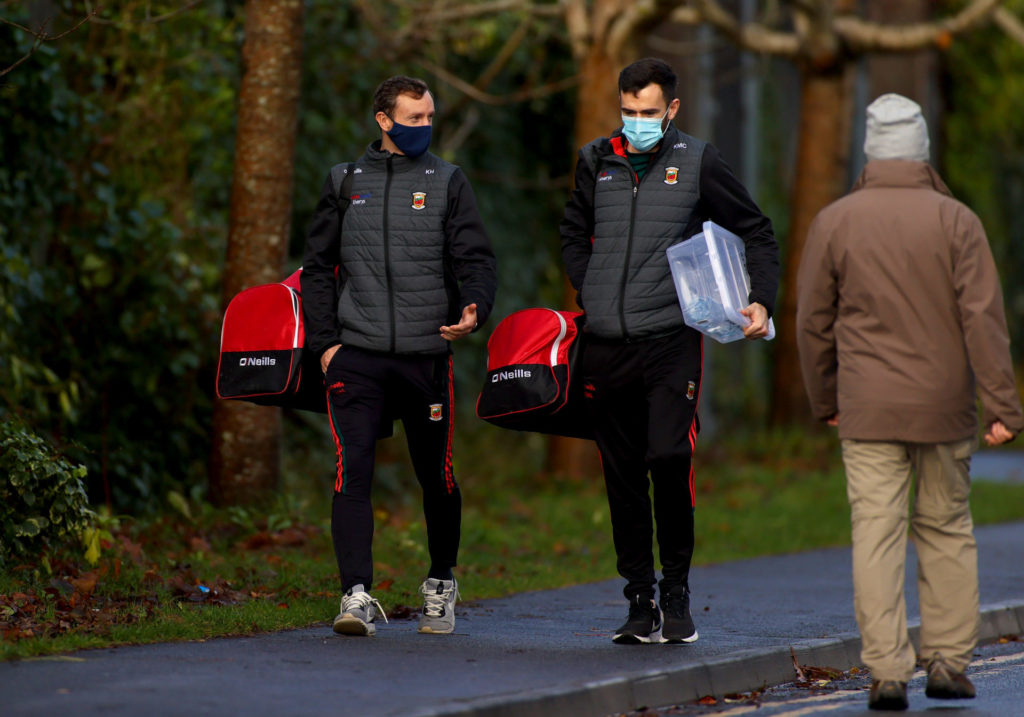 Lee Keegan, Chris Barrett and David Clarke, who started in Salthill this weekend, were also on that 2011 panel, while Robbie Hennelly (who was starting in goals in 2011) Donal Vaughan and Seamus O’Shea are other links between the two panels that remain intact nearly a decade later.
As far as we can make it, there is no single player who has played in all 16 of Mayo’s championship games under James Horan. The closest two are Kevin McLoughlin and Aidan O’Shea, who have both lined out in 15 of those encounters. O’Shea missed the semi-final win over Leitrim in 2012, while McLoughlin’s outstanding durability and versatility meant he had been the only remaining ever-present right up until this year when he sat out the quarter-final win over Leitrim.
Cillian O’Connor is worthy of an honourable mention in this category, having played every game for Mayo under Horan bar the 2013 semi-final versus Roscommon until he missed the 2019 Connacht championship through injury.
Remarkably, none of those three players (O’Shea, McLoughlin and O’Connor) started Horan’s first-ever Connacht championship game in charge, the hairy extra-time win over London in Ruislip in 2011. They were the first three men called off the bench that day.