Poorly sized maps of the study area for EirGrid’s latest new power line proposals mean some Mayo people are not aware of where the infrastructure may be placed, it has been claimed. 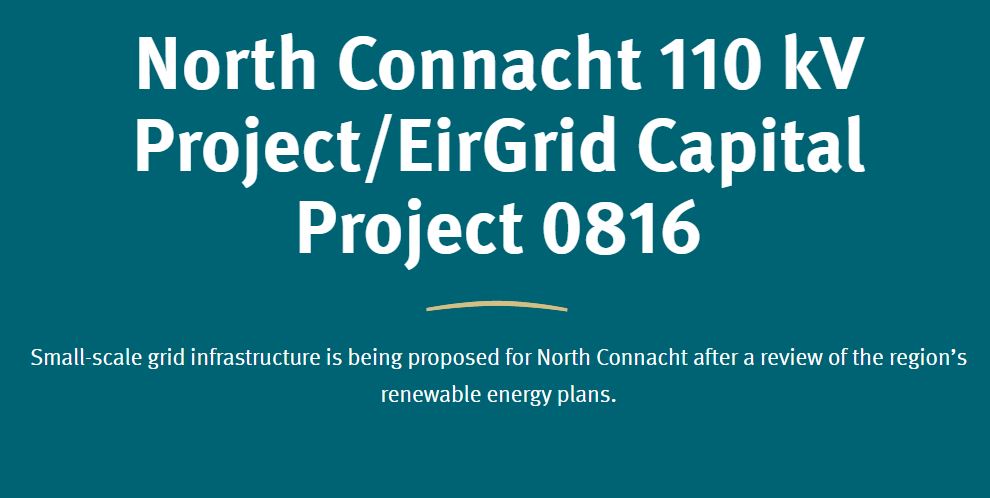 Ballina Municipal District Cllr John O’Hara says he has requested the company to produce better maps for its North Mayo 100kV line which is currently the subject of public consultation.

At a Ballina Municipal District meeting earlier today the councillor proposed that Mayo Co Council write to EirGrid requesting that the proposed new line be upgraded to a 200kV capacity and routed underground:

“EirGrid is building a line all around Ballina and some people do not even know where it is going because the maps are not easy to identify,” Cllr O’Hara told his fellow elected Ballina Municipal District councillors.

He explained that he had already made a submission calling for the line to be upgraded to 200kV to accommodate any future capacity increase requirements and advocated that the developers be urged to select an underground route that would follow the existing road network rom the Moy substation near Ballina to its end point in Co Roscommon.

He noted that the study area is a very scenic one that already accommodates an overhead power line and lots of existing and planned wind turbines.

But district cathaoirleach Cllr Seamus Weir criticised Cllr O’Hara for raising the matter during a discussion of the local roads programme, saying he was only getting vocal on the issue because the proposed project might pass through his local area of Attymass.

He had not been as vocal when EirGrid had been proposing a 400kV overhead line and pylons that would have passed through the Knockmore area, he added.

Cllr O’Hara said he had listened to and supported Cllr Weir’s concerns in respect of that project.