Covid-19 in Mayo: How many cases are in your electoral area? 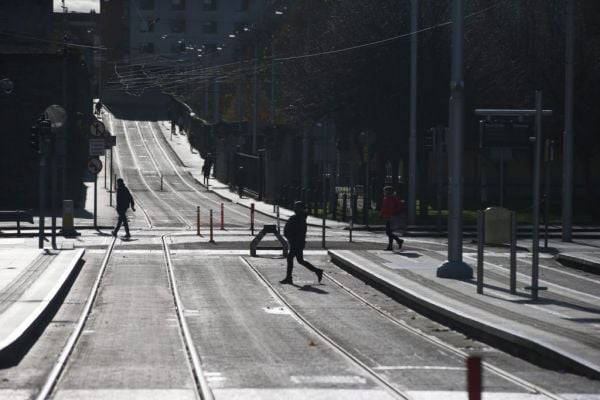 Castlebar has recorded twice as many cases of Covid-19 over the past fortnight than the electoral areas of Claremorris, Swinford and Westport together. That’s according to statistics released by the Health Protection Surveillance Centre (HPSC) for the two weeks from November 3rd to 16th.

Castlebar had 51 confirmed cases of coronavirus for the period compared to seven each in Swinford and Westport.

Ballina is the second highest region in Co Mayo with 44 cases with a further 23 in Belmullet over the fortnight in question.

The latest data from the HPSC reveals the number of people infected per 100,000 of population by local electoral area. And in Castlebar’s instance, that represents 170 infections per 100,000 population, which is above the national average rate which is currently 116.5.

Letterkenny in Co Donegal has the highest 14-day incidence rate of Covid-19 in the Republic of Ireland, currently 389.4 cases per 100,000.

Four of the five highest incidence rates in the last two weeks were recorded in areas in Donegal.

The highest incidence rate in Co Dublin in the last two weeks was Tallaght South (251).

On the lower end of the scale, less than five cases were recorded in Rosslare, Co Wexford and Corca Dhuibhne, Co Kerry, giving the areas a 14-day incidence rate of 0.

The incidence rate in Ballinasloe, Co Galway was also low at 21.

A further four Covid-19 related deaths were confirmed by the Department of Health today along with 429 additional cases.

Chief medical officer Dr Tony Holohan said: “In our objective to use a six-week period to drive down Covid-19 infection in the community, our progress has stalled in the last week.

“We now have two weeks to get back on track. Drive down the disease by limiting the number of daily contacts you have. Work from home, stay at home and follow public health advice to get us to a reproduction number below 0.5 by December 1st.”