Mayo are Connacht champions for first time in five years 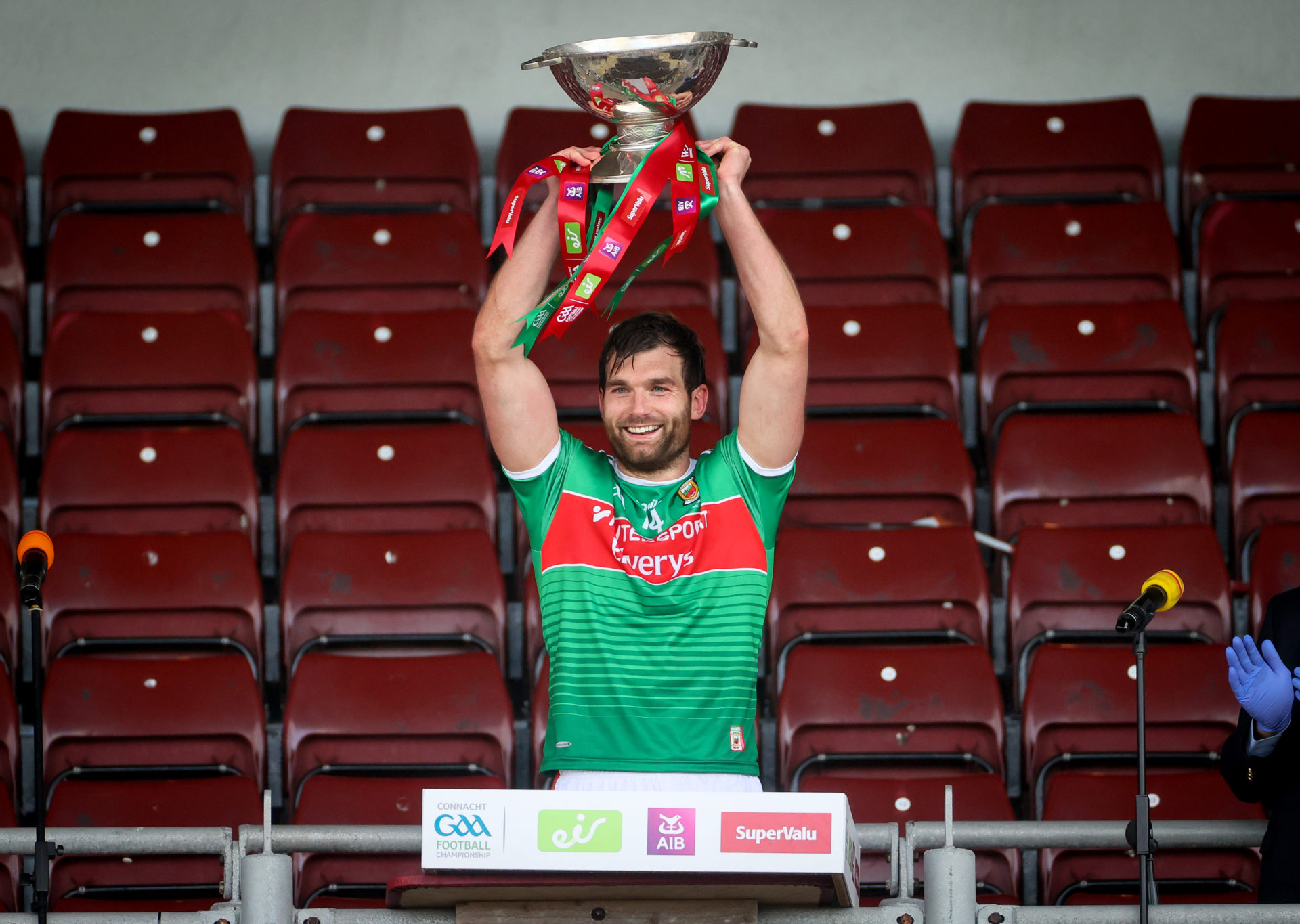 Mayo are Connacht senior football champions for the first time since 2015 after a hard-fought 0-14 to 0-13 Connacht final win over Galway in Pearse Stadium on Sunday afternoon.

Mayo led by three points after playing with the aid of the wind in the first half and did just enough to hold off the challenge of Padraig Joyce’s Galway side in the second half.

Mayo began well and led by 0-5 to 0-2 at the water-break, with the impressive Tommy Conroy, Paddy Durcan and Diarmuid O’Connor all landing good points.

But they struggled to break down Galway’s defensive shape and with Shane Walsh in excellent form for the home side, Mayo were unable to extend their lead any further in the second quarter and went in at half-time leading by 0-8 to 0-5.

Galway began to play with more ambition with the wind behind them in the second half, but Mayo were able to produce crucial points when they needed them through the excellent Mattie Ruane, Cillian O’Connor and substitute Bryan Walsh.

Galway threw Damien Comer into the fray in an effort to turn the game and Shane Walsh kept them on Mayo’s coattails with a couple of fantastic points, but they were never quite able to draw level.

Mayo held on to claim the Nestor Cup for the first time in five years and secure a place in the All-Ireland semi-finals, where they will take on the winners of the Cork v Tipperary Munster final in three weeks’ time.