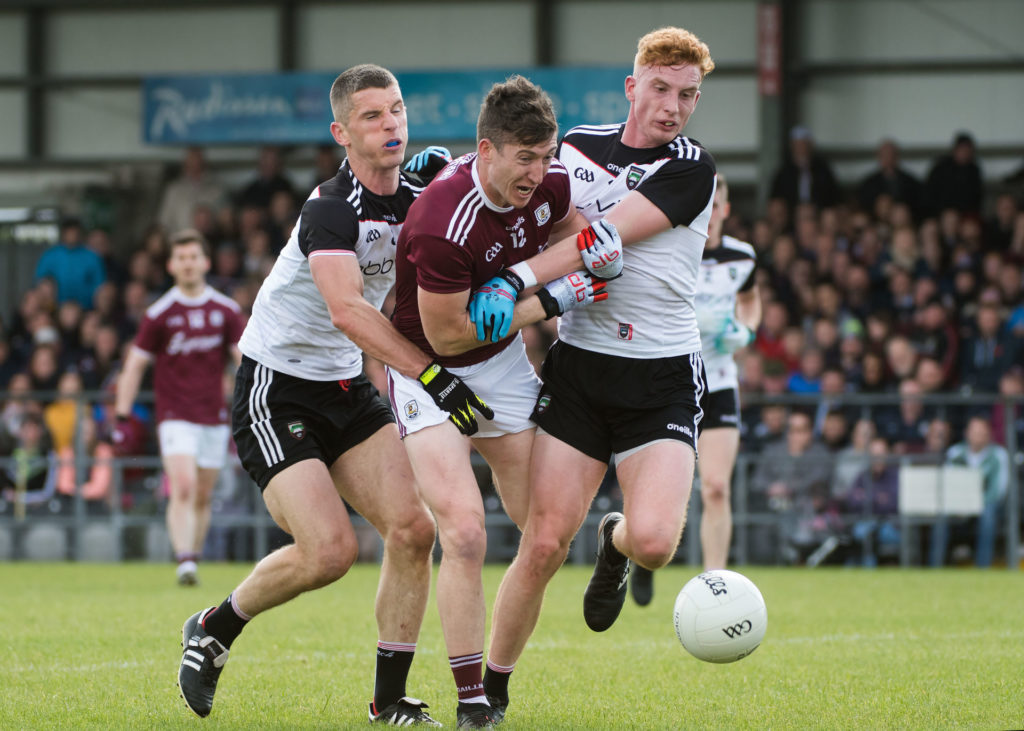 Action from last season’s Connacht SFC semi-final between Sligo and Galway. The teams were due to meet again today. Picture: INPHO/Evan Logan

Sligo GAA has been thrown into a state of turmoil by a statement released last night by the Sligo senior football panel which today had been due to travel to Pearse Stadium to play Galway in the semi-finals of the Connacht SFC.

The game was cancelled earlier this week after it emerged a number of Sligo players had tested positive for Covid-19, with the decision to withdraw the team from the competition relayed in a statement that was released on behalf of the county board, players and management.

However, the Sligo players who remained virus-free, available to play and who could have togged out against Galway later today moved to clarify their position on Friday night, saying that they wanted to fulfil the fixture but that the opportunity was taken from them.

“The perception that Sligo senior footballers did not want to fulfil this weekend’s fixture is incorrect,” read the statement. “All players who could feasibly make themselves available wanted to play the game.

“The players are disappointed the game could not proceed for reasons outside their control. No member of the panel will be making any further comment at this time,” the statement concluded.

The fact the game does not proceed means Galway reach this year’s Connacht SFC Final without playing a game. Mayo and Roscommon, meanwhile, will face off in Hyde Park this Sunday afternoon for the right to play the Tribesmen, with Mayo having already beaten Leitrim in a Connacht quarter-final.