Mayo all set for seismic battle with in-form Rossies 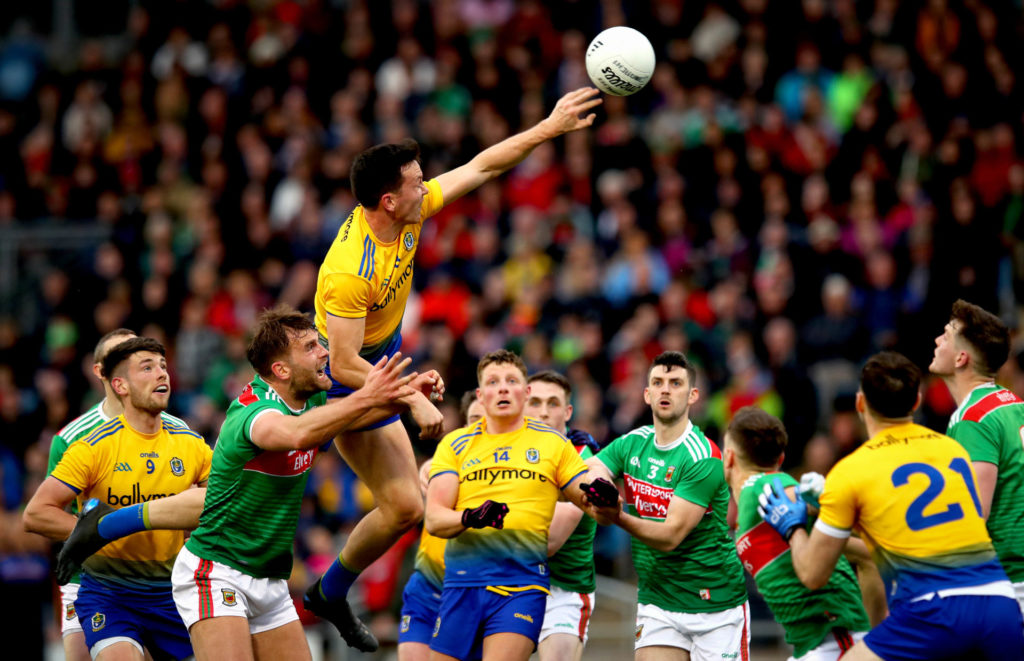 This Sunday will see the first straight-knockout Connacht championship meeting between the neighbouring counties of Mayo and Roscommon since 1999, when Mayo were comfortable 0-21 to 0-10 winners in a semi-final at MacHale Park. Current Mayo manager James Horan started at full-forward and kicked a point while Maurice Sheridan and John Casey led the way for John Maughan’s charges with nine and six points respectively.

The counties have met in knockout championship in the meantime, but it was outside the confines of the province. Roscommon went into the 2017 All-Ireland quarter-final as reigning Connacht champions and arguably should have eliminated Mayo in the first game at Croke Park, but ultimately needed a late Donie Smith free to force a draw and replay.

Mayo upped their game considerably the second time out, storming to an emphatic 4-19 to 0-9 win on their way to the All-Ireland final.

Their most recent championship meeting was last year, when Roscommon secured their first win in MacHale Park in 33 years via early goals from Cathal Cregg and Ultan Harney and a dramatic 73rd-minute winning point from Fintan Cregg. Anthony Cunningham’s side would go on to defeat Galway in the Connacht final to claim a second Nestor Cup in three years.

As reigning Connacht and Division 2 champions, Roscommon will be justifiably bullish about their chances of adding Mayo’s name to the list of early fallers in the 2020 championship that already features the likes of Tyrone and Monaghan. They returned to action after the pandemic suspension with excellent wins away to Armagh and Cavan in successive weekends to finish top of Division 2 with 11 points from a possible 14 and secure an immediate return to Division 1 football after their relegation in 2019.

With Mayo having slid down the league ranks in the opposite direction, and with home advantage on their side, the Rossies will see this as a prime opportunity to take Mayo’s scalp for the second year running, this time with no qualifier safety net to break their fall.

But Mayo’s recent championship record in the Hyde is a strong one. Their last visit, in 2014’s Connacht semi-final, ended in a one-point Mayo win, and the trip before that, in what was James Horan’s first year in charge in 2011, saw Mayo win the Connacht final by 0-13 to 0-11 to claim the first of their five successive provincial titles.

You have to go back as far as the infamous Connacht final of 2001, when Gerry Lohan’s goal in the fifth minute of second-half injury-time broke Mayo hearts, for Roscommon’s last championship win over the Green and Red in the Hyde.

How much bearing any of that is likely to have in a strange world of championship 2020 is a different question. As we saw on the quagmire of Pairc Sean Mac Diarmada last Sunday, November football can be a fairly distant relation of the summer game. Horan summed it up quite neatly after the game when he said that the wetter and windier the conditions, the simpler the game ultimately becomes. If the weather continues in the same vein as in the last couple of weeks, a high-scoring shootout seems unlikely.

Roscommon fielded two decidedly different teams in Roscommon’s two games against Armagh and Cavan, due in part to a Covid scare in the camp which meant that five players, as well as manager Cunningham, were forced to isolate and miss the Cavan clash. 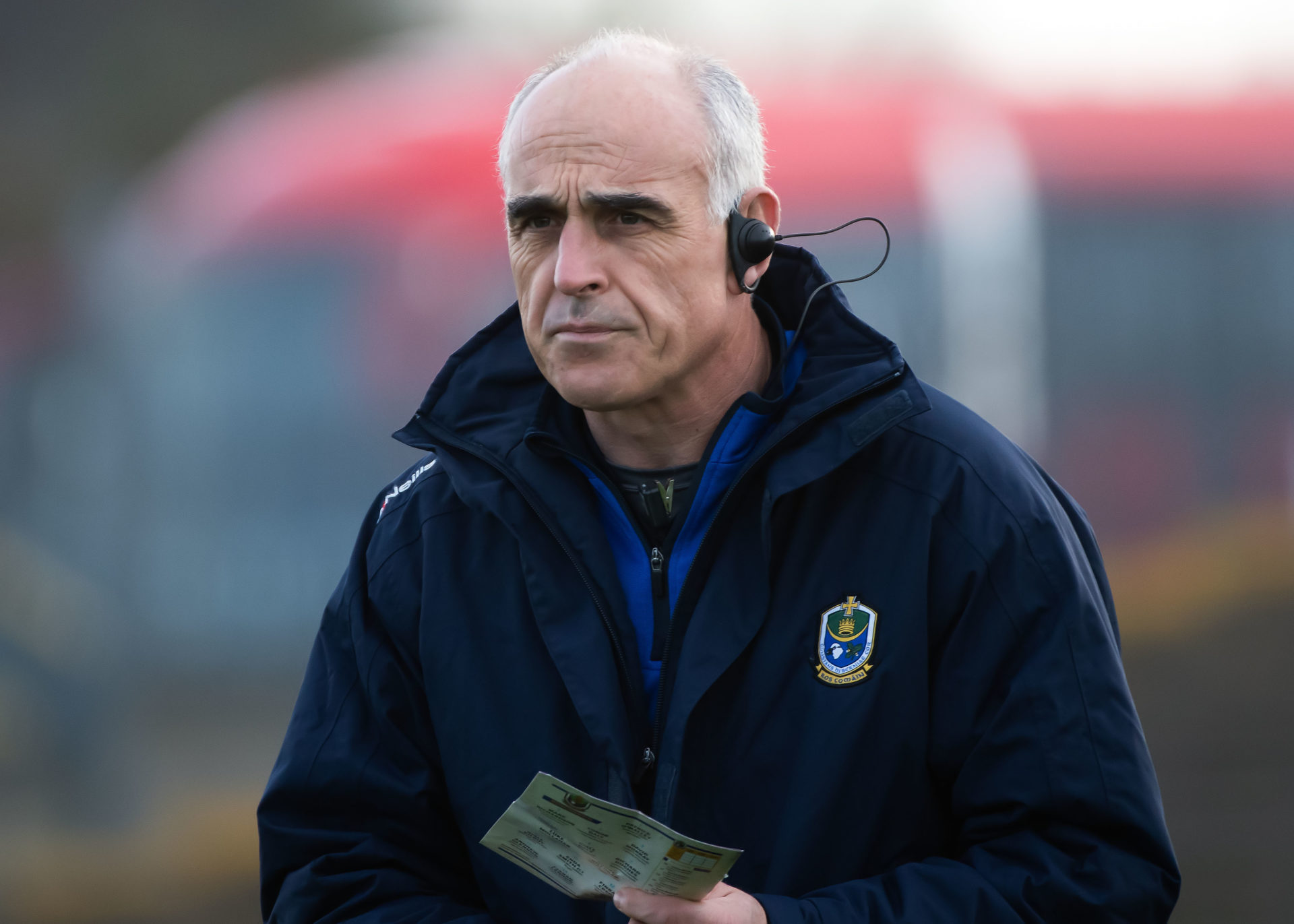 While the side sent out against Armagh in Round 6 looked closer to the notionally strongest 15 Mayo are likely to face this weekend, a number of players stuck up their hand for selection in the title-clinching win in Breffni Park.

The stiffest competition for places is in the forward line. Cunningham fielded three completely different full-forward units in the two games, with Ciaran Lennon, Conor Cox and Cathal Cregg starting against Armagh and Donie Smith and Diarmuid and Ciarain Murtagh taking over against Cavan (Cregg was played further out the field).

Cox is a nailed-on starter and Lennon was a standout performer for Clann na nGael in the Roscommon senior championship this year. But with the Murtaghs having returned to the panel over lockdown and the Smiths, Enda and Donie, also in good form, Cunningham has a wealth of attacking at his disposal. And that’s before you consider Cian McKeon, the Boyle clubman who was probably their best performer in the latter rounds of the league.

Tadgh O’Rourke will start at midfield and will likely be partnered by one of Enda Smith or Cathal Compton (who could face Mayo in the championship for a second time in two years after lining out with New York in 2019).

At the back, the teak-tough Daly brothers (Conor, Ronan and Niall) were excellent against Mayo last year and will be perfectly suited to the kind of trench warfare this game seems likely to boil down to.

David Murray and Sean Mullooly would also seem like probable starters while the likes of Conor Devaney, Brian Stack and Fergal Lennon will also be hopeful of a place. Eire Óg’s Colm Lavin should start in goal.

Mayo will be under no illusions as to the size of the task awaiting them on Sunday. While it might be argued that Mayo have the benefit of a championship game already under their belt, and with the greatest of respect to Leitrim’s efforts, the exchanges in Hyde Park this weekend will be of an entirely different stripe.

The wintery conditions, the knockout element, the memory of last year’s raid on Castlebar and the ingrained rivalry between the two sets of players should all combine to create a contest that may not be easy on the eye but will certainly be gripping. Galway, through to the Connacht final without kicking a ball after Sligo conceded this Saturday’s semi-final due to a Covid outbreak in the panel, will be waiting in the wings for whatever team emerges from this one still standing.

Sunday’s Roscommon v Mayo Connacht SFC semi-final (1.30pm) will be played behind closed doors but will be broadcast live on RTÉ2.