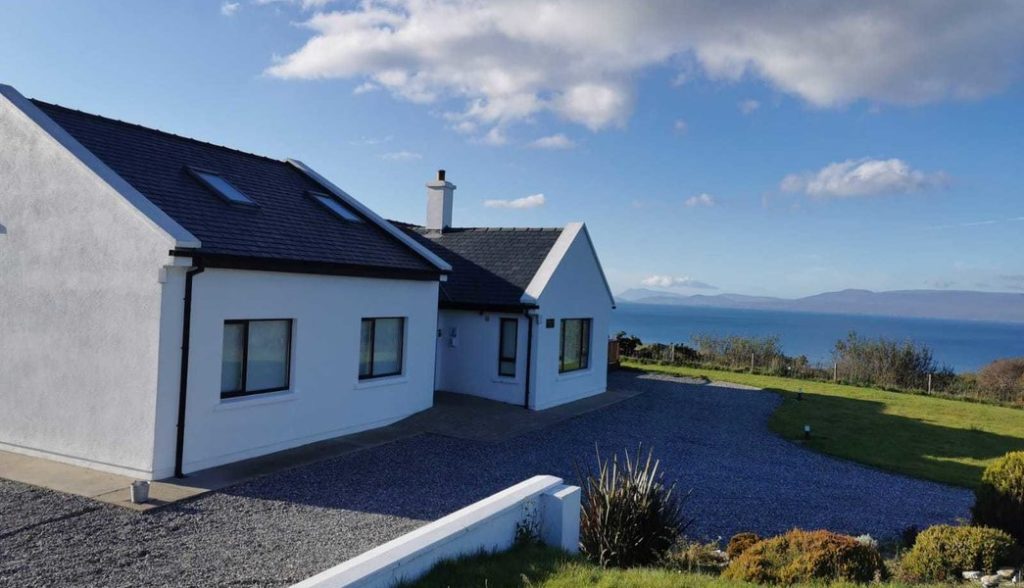 The fascination that people have about the buying and selling of property is demonstrated to perfection by the fact that the UK television programme of the above title is now in its 34th series, having run for all of 20 years, but whether even that show has featured a home so spectacularly situated as what has just come to the market in Mayo is open to debate. Or maybe there is no debate, for it’s hard to imagine a more heavenly placed home as that known as Johnstone’s View in Killsallagh Lower, near Westport.

Perched on one of the most scenic spots of the entire 2,500 kilometre Wild Atlantic Way (which was recently placed among iconic travel bible Lonely Planet’s top 30 global experiences and described as the ‘ultimate road trip’), the house commands scarcely believable views of sea and mountain that stretch from Achill Island and Mulranny on one side of Clew Bay to Old Head in the foreground, atop which Clare Island rises majestically from the Atlantic’s waters in the distance.

So what price six bedrooms and a picture-perfect panorama of the Mayo coastline? €1,000,000. That’s more noughts than bathrooms (the property has five, including one with a Jacuzzi, if you’ve the money to remain interested!).

Fitted with two outside decks, to make full use of that breath-taking vista whenever the notorious West of Ireland weather might allow, inside the house is oil heated, has timber framed double glazed windows and a feature fitted kitchen complete with an island.

The house is being offered for sale by private treaty by Olivia Needham Properties.