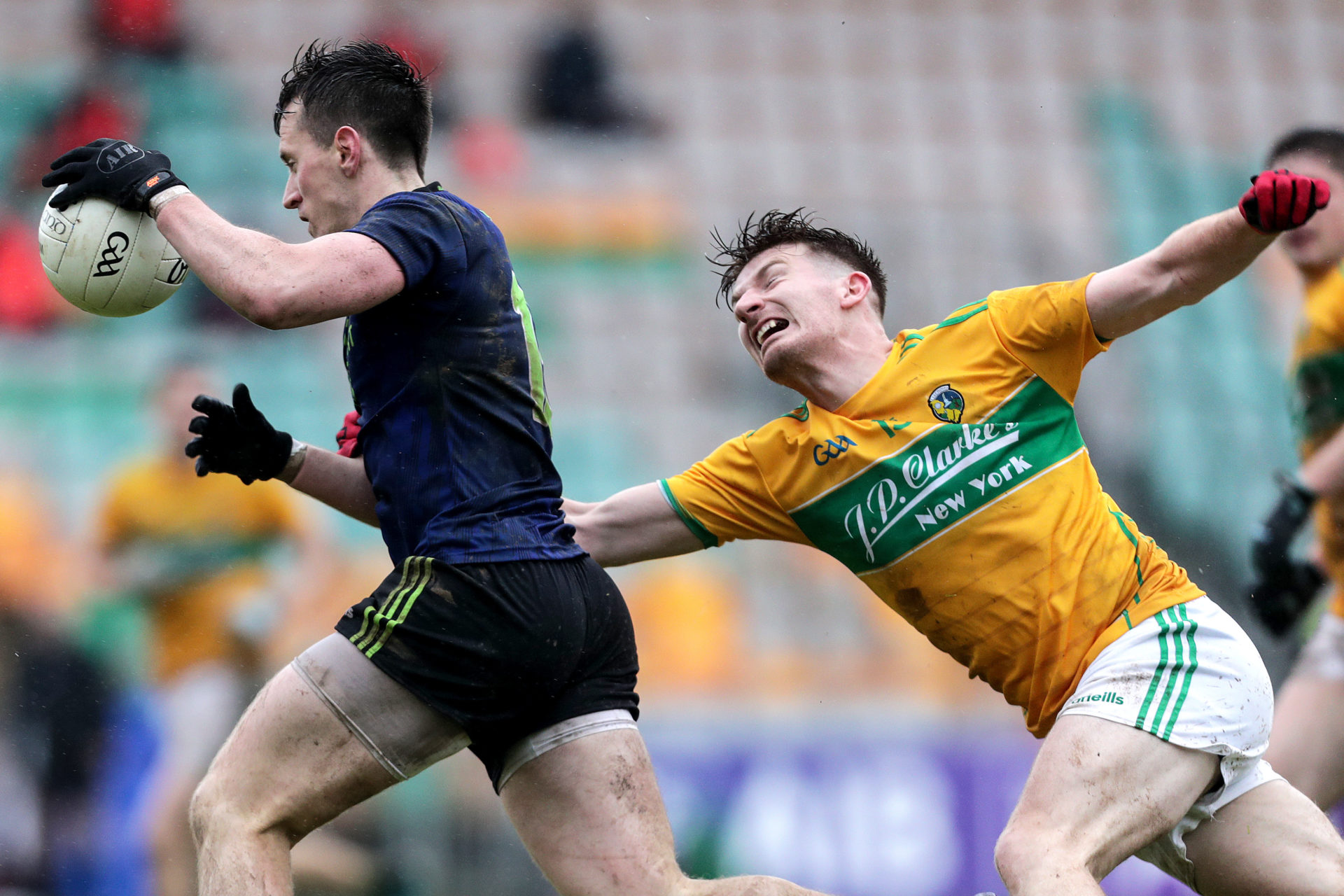 Mayo overcame the challenge of a dogged Leitrim side to advance to the semi-finals of the Connacht championship in their quarter-final meeting in Carrick-on-Shannon on Sunday afternoon. Goals in either half from Tommy Conroy and Cillian O’Connor sent James Horan’s side on their way to a 2-15 to 0-10 victory.

Conditions in Pairc Sean Mac Diarmada were far ideal, with a heavy sod underfoot leading to an error-strewn, slow-paced game for long periods. Mayo started slowly but had built up a three-point lead by half-time courtesy of five O’Connor points and 23-rd minute goal from Conroy, one of six championship debutantes in Mayo’s starting 15 alongside Oisin Mullin, Eoghan McLaughlin, Bryan Walsh, Jordan Flynn and Ryan O’Donoghue. That figure was increased to eight in the second half as both Rory Brickenden and Darren McHale came in off the bench.

Leitrim were hard-working opponents and Keith Beirne’s dead balls kept them in contention up until the 45-minute mark, but O’Connor’s well-taken goal ended the game as a contest. They stretched the lead late on with scores from Aidan O’Shea, James Carr, Conor Loftus and O’Connor to run out 11-point victors.

The win sends Mayo through to a Connacht semi-final against Roscommon in Dy Hyde Park next weekend.