Leitrim may not be a ‘straight cut’ for Mayo, says ex Crossmolina star 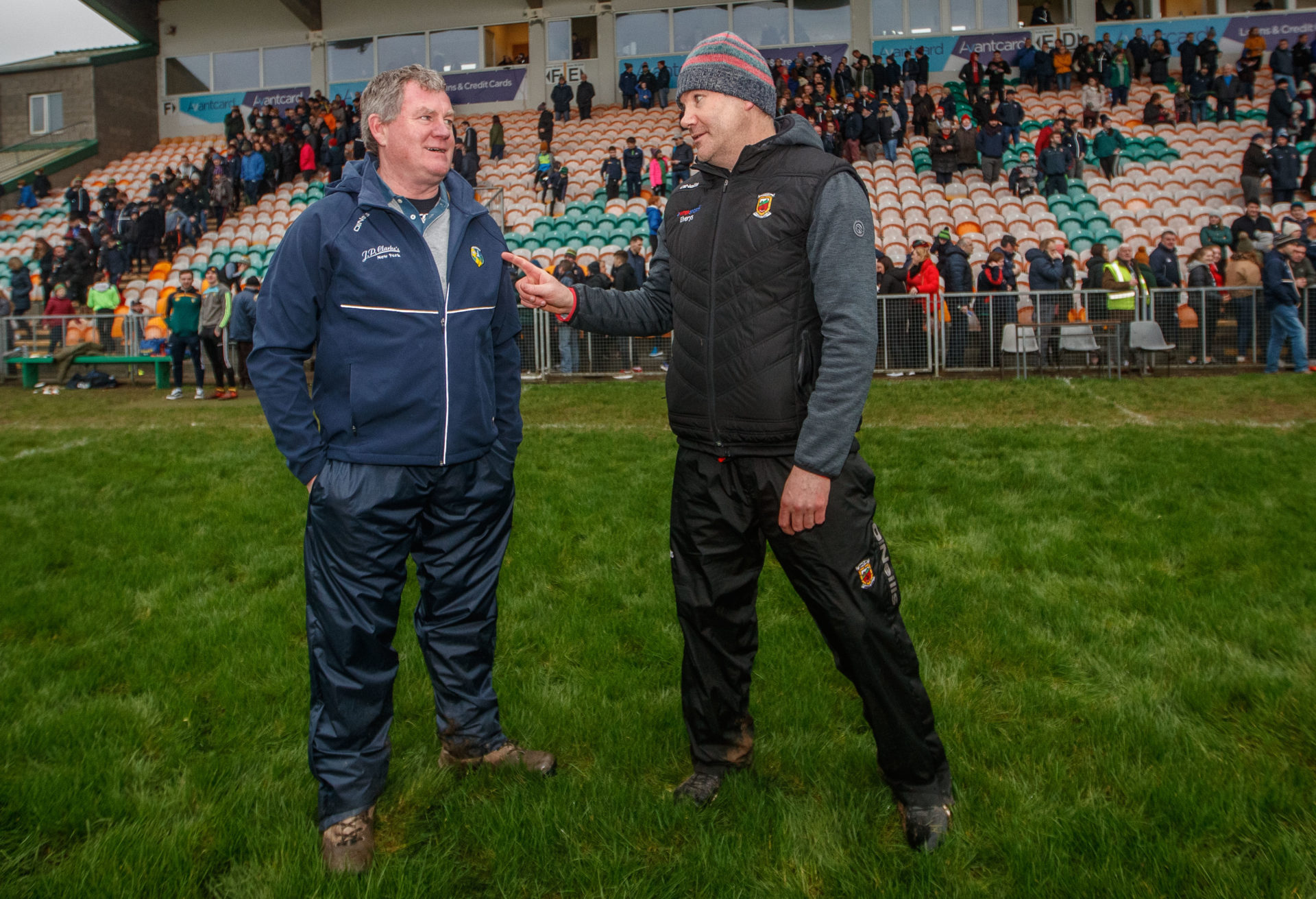 This year’s Connacht championship is straight knockout, meaning no back doors and no second chances. The winner of this game will take on Roscommon in a Connacht semi-final the following weekend, while Galway host Sligo in the other semi. The final will be played one week later, on November 15.

Like Mayo, Leitrim were relegated in the league last weekend, losing narrowly at home to Tipperary to finish seventh in Division 3, two points behind John Maughan’s Offaly. They caught national headlines a week earlier when they were unable to fulfill their Round 6 clash away to Down due to a lack of available players.

“A number of players are awaiting test results and unavailable to travel. Other factors also prevented further players from being available, considering this greater health situation, and in this course of action, we must respect this situation,” read a statement from the County Board.

A further two players in the Leitrim panel tested positive for Covid-19 last week but they were able to fulfill the Round 7 fixture at home to Tipperary.

The concession of the Down game and the loss to Tipperary meant Leitrim went down, despite having come back from the lockdown with a decent chance of staying up in what was their first season in Division 3. They drew with Derry in their opening game back in January and secured a good win away to Louth in the last game played before the season was suspended.

This will be the first championship meeting of Mayo and Leitrim in all of eight years, since they clashed in a Connacht semi-final in Castlebar in 2012. Mayo ran out comfortable 4-20 to 0-10 winners on that occasion, with Andy Moran bagging two goals and Kevin McLoughlin and Alan Freeman scoring one apiece. 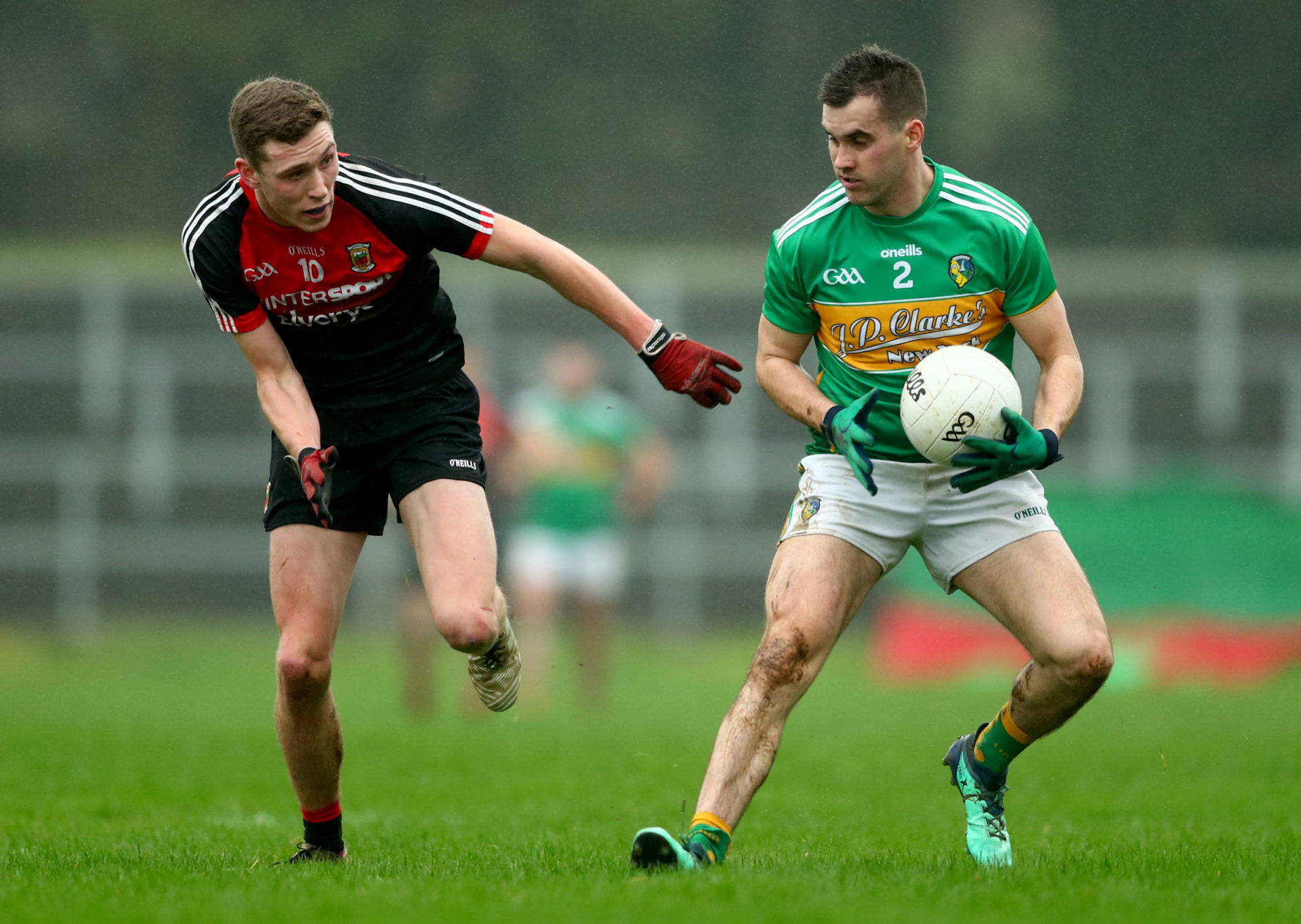 Terry Hyland is in his second season in charge of Leitrim, having taken over from Brendan Guckian in 2019. He had a promising first year in charge, gaining promotion from Division 4 in the league and earning a day out at Croke Park for a league final before an opening-day championship loss to Roscommon. Leitrim overcame Wicklow in Round 1 of the qualifiers before exiting the championship to Clare in Round 2.

Crossmolina clubman Michael Moyles has a detailed knowledge of the inner workings of the Leitrim team, having been a selector under Guckian in 2017 and 2018, and also been involved with the Leitrim under-20s last year. The former Mayo footballer said this week that despite relegation from Division 3, there are signs of progress in Leitrim football.

“For a long number of years they were in a rebuilding process,” said Moyles. “When I was there, there were a lot of good young players. In Division 4, if you two or three wins under your belt early on you can build up momentum and that’s what happened with Leitrim last year.

“This year they were very competitive in Division 3 for a while. They lost a few games by a point or two and they got a good win on the road in Louth. They were just left with a little too much to do but for a young team it was good experience.”

Moyles picked out a handful of Leitrim players who he said have the ability to cause problems for Mayo on Sunday.

“Paddy McGuire would make any team in Ireland, and I include Dublin in that,” he stated. “He’s a brilliant man-marker. We played Monaghan in the qualifiers two years ago in Pairc Sean and he kept Conor McManus scoreless.

“Up front, the likes of Ryan O’Rourke would have captained his college team in Maynooth two or three years ago. That would be unusual for a Leitrim player, to captain a Sigerson team. He’s a very good player, very versatile.”

O’Rourke picked up a knock to the shin in the defeat to Tipp on Sunday and underwent a scan on Monday, but Leitrim will be hopeful of him being fit to face Mayo.

“Most of the forwards can kick off both feet, but they wouldn’t be used to the type of pace that Mayo would be coming out of the backline with,” continued Moyles. 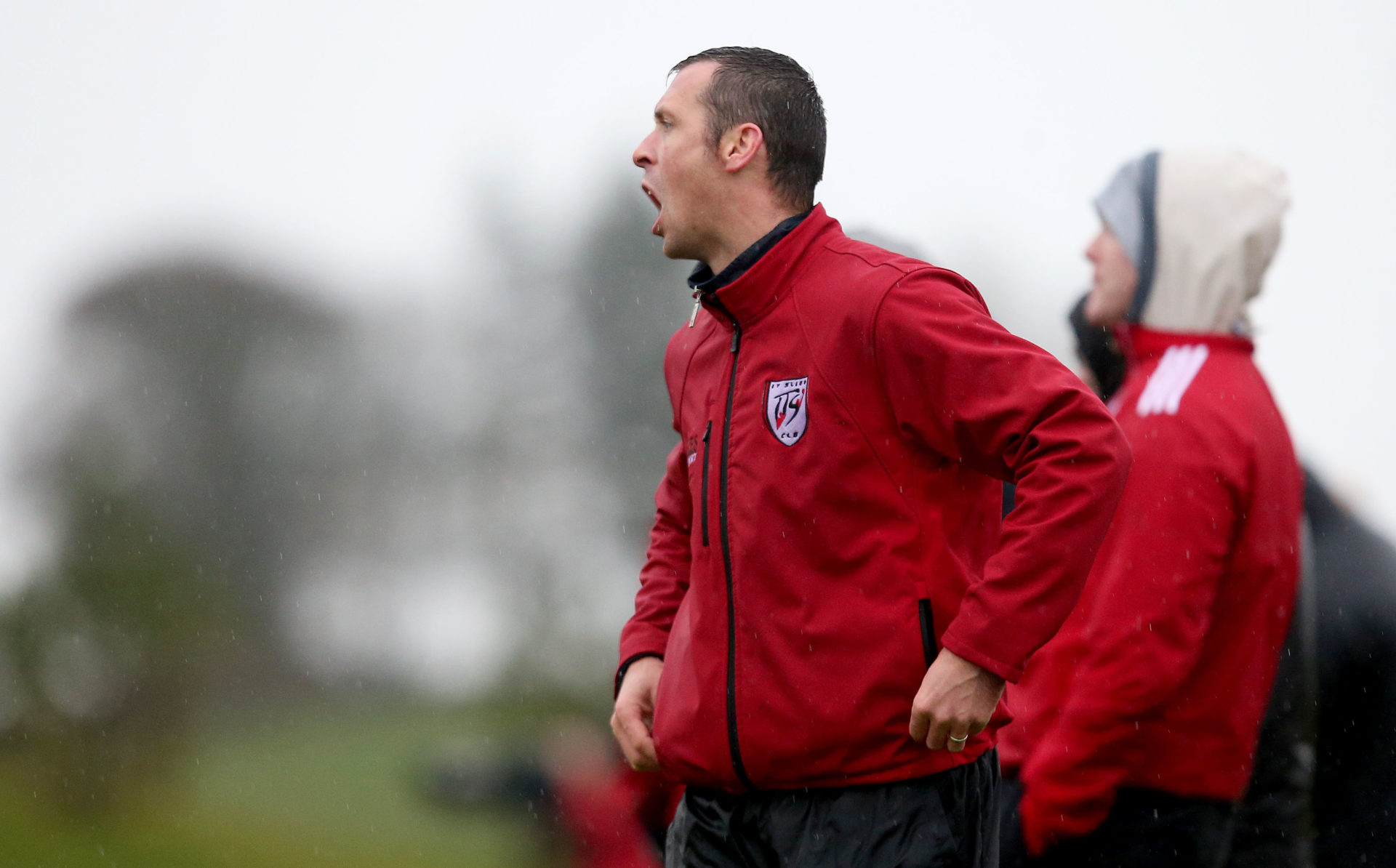 Crossmolina clubman Michael Moyles was a selector with the Leitrim senior team in 2017 and 2018.

“But they have the likes of Ryan and Darragh Rooney in the full-forward line, and Keith Beirne is playing at number 11 this year. He was the top scorer in Division 4 last year, he’s a good free-taker who can kick off both feet.

“Leitrim was never blessed with massive pace in the forward line but they have good forwards at the moment; it’s the backline where they might be vulnerable.”

Donal Wrynn was another Leitrim man Moyles earmarked, a former Sigerson Cup winner with DCU who, Moyles said, could be given the job of picking up Aidan O’Shea on Sunday.

“He’s a big, strong lad. If Aidan goes to full-forward he would probably be the man to pick him up, because they don’t really have anyone else to deal with that sort of power,” offered Moyles.

Moyles said he ultimately expects Mayo to win with a bit to spare this weekend but argued that Leitrim, with almost no pressure of expectation on their shoulders, could give James Horan’s side a stiffer test than many are anticipating.

“They’ll be looking forward to this. The two years I was involved, we had Roscommon first out in the championship and they just have a mental block about Roscommon,” he said.

“Mayo are a different prospect. They’ll relish the opportunity because it’s a shot in the dark, people will give them no hope with it. But there are some very good footballers there.

“I don’t think it’s going to be straight cut for Mayo. I do think Mayo are going to win, but I think Leitrim will cause them a few headaches for a while anyway. They have some good young players who will be able to mix it with Mayo for 30 or 40 minutes anyway.”

*Leitrim v Mayo will be played behind closed doors at Pairc Sean Mac Diarmada but the game will be broadcast live on RTE News Now and also streamed live on GAAGo.