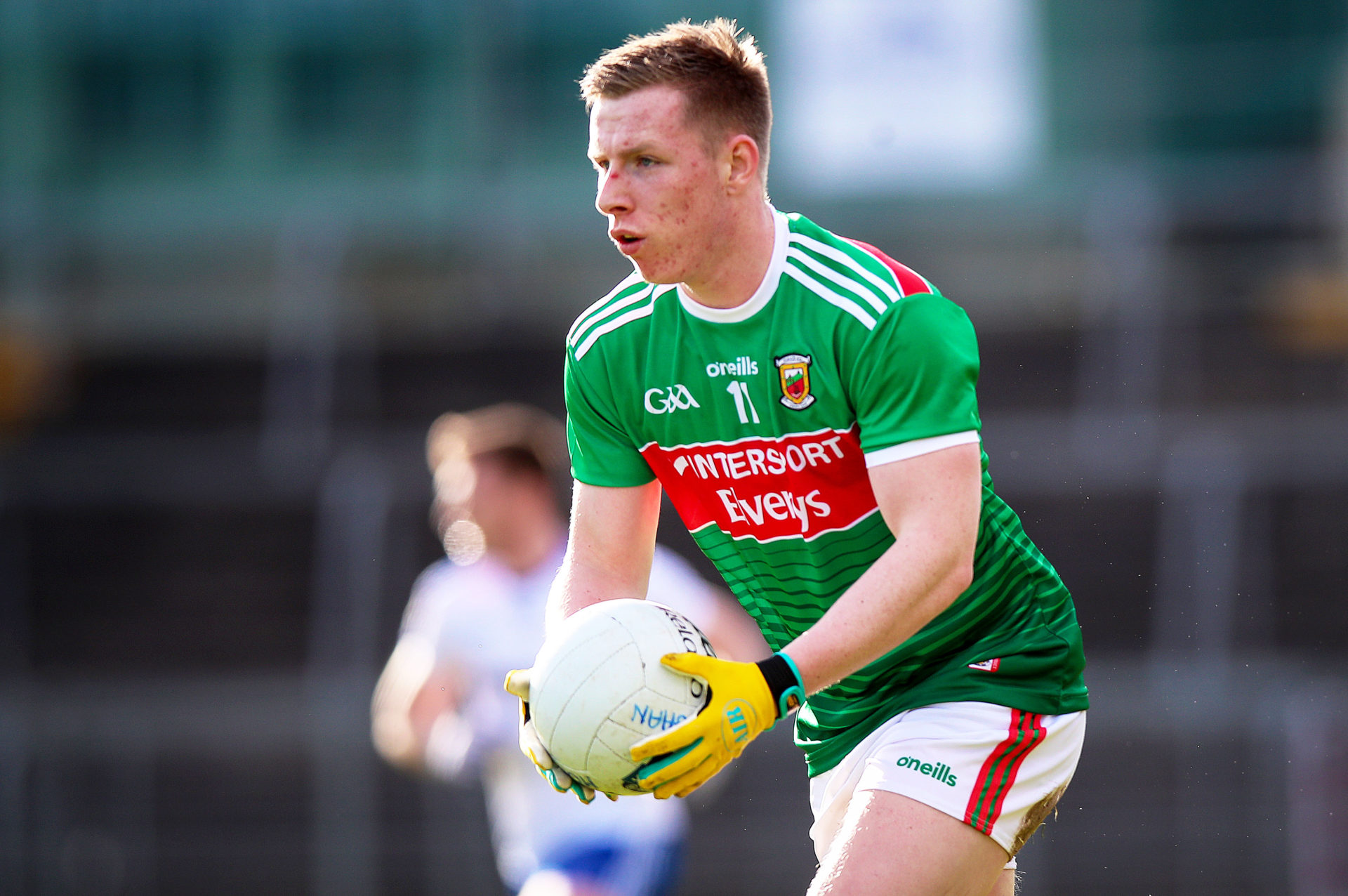 Belmullet’s Ryan O’Donoghue is one of seven players named to make their senior championship debuts for Mayo against Leitrim this Sunday. Picture: INPHO/Tommy Dickson

Mayo have named their team to take on Leitrim in Sunday’s Connacht SFC quarter-final in Carrick-on-Shannon, with no fewer than seven players set to make their senior inter-county championship debuts.

All of Brickenden, O’Donoghue and Flynn will be making their senior inter-county championship debuts for Mayo, as will Kilmaine’s Oisin Mullin, Eoghan McLaughlin of Westport, Bryan Walsh from Ballintubber and Tommy Conroy of The Neale, who scored 1-3 from play against Tyrone last weekend.

Elsewhere David Clarke starts in goal, Stephen Coen lines out at full-back, Conor Loftus will partner Mattie Ruane at midfield and team captain Aidan O’Shea is named in the full-forward line beside O’Connor and Conroy.

The game throws-in at 1.15pm in Pairc Sean Mac Diarmada and will be broadcast live on RTE News Now and GAAGo.