Mayo’s most famous Ford Fiesta is back on the road thanks to the passion and talents of a young car enthusiast.

The late John Donegan’s immaculately maintained Ford Fiesta was a common sight in Castlebar for decades. The car was the former Assistant Chief Fire Officer’s pride and joy. The 1986 motor was always sparkling and festooned with bespoke decorations including its own set of curtains! The Fiesta always caught the eye on its journeys through the county town and was often seen parked outside the local church where John’s booming voice was a fixture in the choir.

John passed away in 2012 and the fanciest Fiesta in the county was kept in storage until car-mad Brian Kennedy got his hands on the vehicle earlier this year.

Brian grew up in Marian Row, a short distance from John’s Pound Road home, and as a child was a frequent visitor to John and his ornate automobile.

“I remember the car passing on the Pound Road every day. I was always fascinated by it like everyone was really. Everyone knew the car and everyone knew John or ‘Mr Donegan’ as we always called him. My father would bring me up some evenings to visit John and I’d get to sit in the car,” said the 28-year old.

The car was purchased new in Casey’s on the Turlough Road by John. When John passed away it had just 90,000 miles on the clock.

Brian also has John’s incredible logbooks which detail every single journey he took and every service or job carried out on the car. Even the weather was noted on John’s trips and the purpose of each journey.

“Every journey he did, he logged. He had three logbooks if you want to call them that. When he was in the fire brigade he used to do a lot of travelling and he used to write down where he went and what mileage he did. The first five years of the car’s life it did 50,000 miles. I think he must have retired soon after that because it was much shorter journeys after that. He detailed every job that was done on it and every service, and who carried out the job and service. Sometimes he did the service himself and that was noted too. He wrote down everything and kept every bill,” said Brian.

John took meticulous care of the car going above and beyond what most motorists would do. 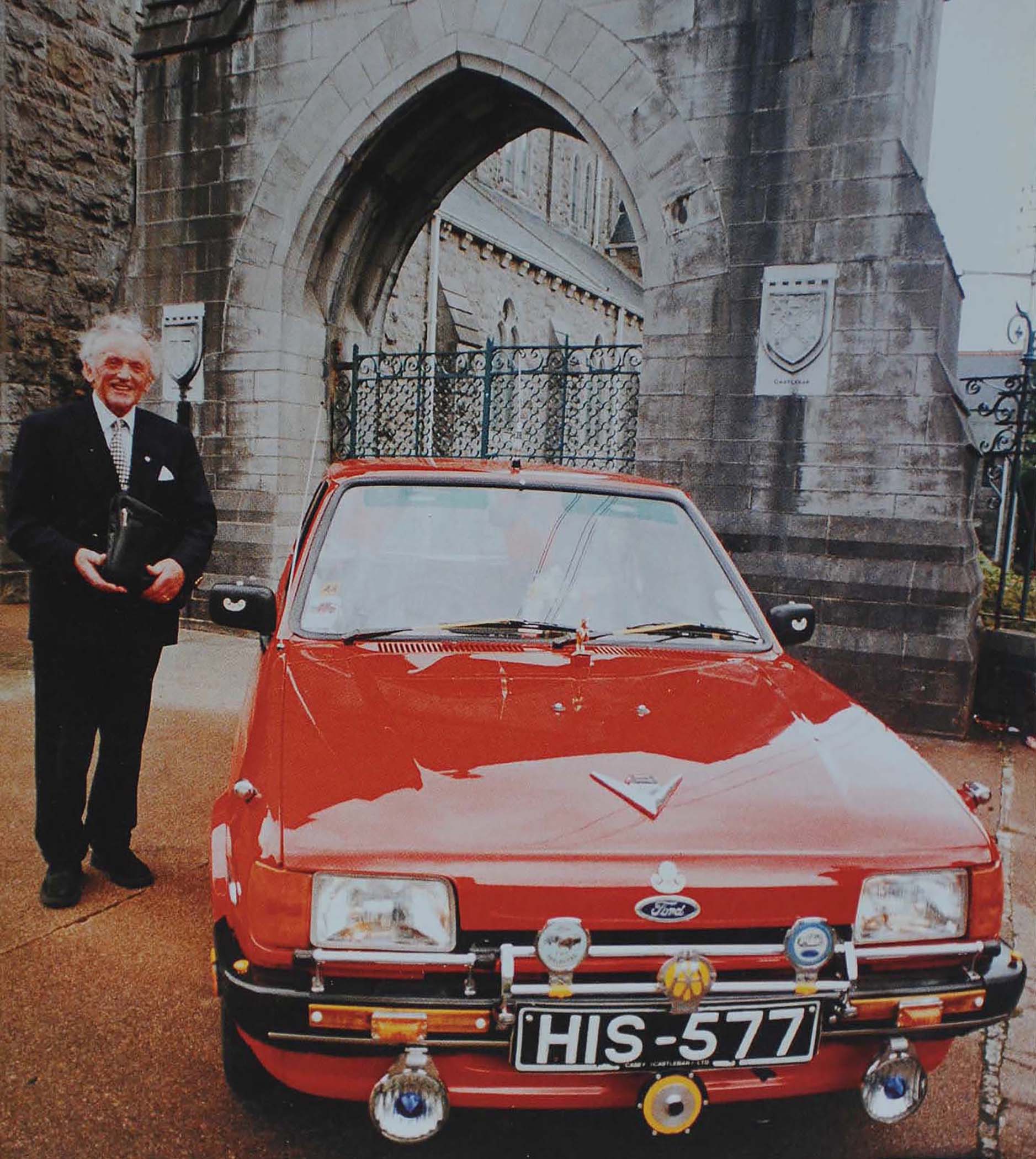 The late John Donegan pictured with his famous Ford Fiesta outside the Church of the Holy Rosary in Castlebar. Photo: Tom Campbell. 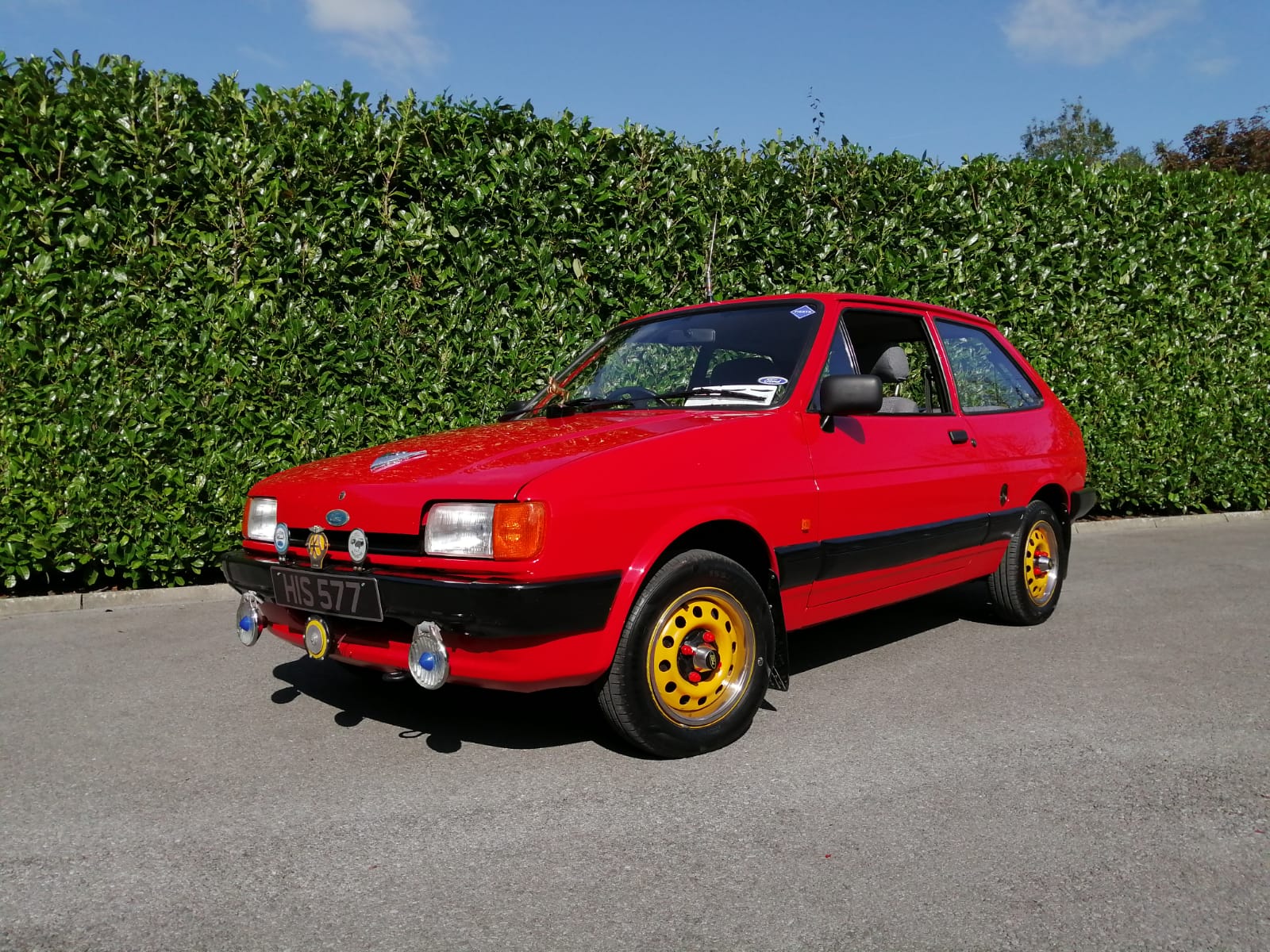 The 1986 Ford Fiesta has been restored to its former glory by Castlebar car enthusiast Brian Kennedy.

“I remember him telling me at one stage years ago that it never spent a night outside. He always had it garaged. He looked after it so well,” said Brian.

After eight years in storage, the Ford needed a bit of TLC and Brian now has it back on the road in the last three weeks.“It drives grand. It’s like a modern car now,” he said.

Brian said fond childhood memories mean he has a special attachment to the vehicle.

“I got it for myself because of my own sentimental value about it. I remember seeing it passing on Gallows Hill and up the Pound Road and I was able to get it and put it back on the road.”

A family friend of Brian’s recently posted pictures of the restored to glory Fiesta on a local Castlebar Facebook page and there was a delighted reaction.

“It was nice to see all the people who remembered it. I wasn’t the only lunatic thinking ‘look at that lovely car!’”, he joked.