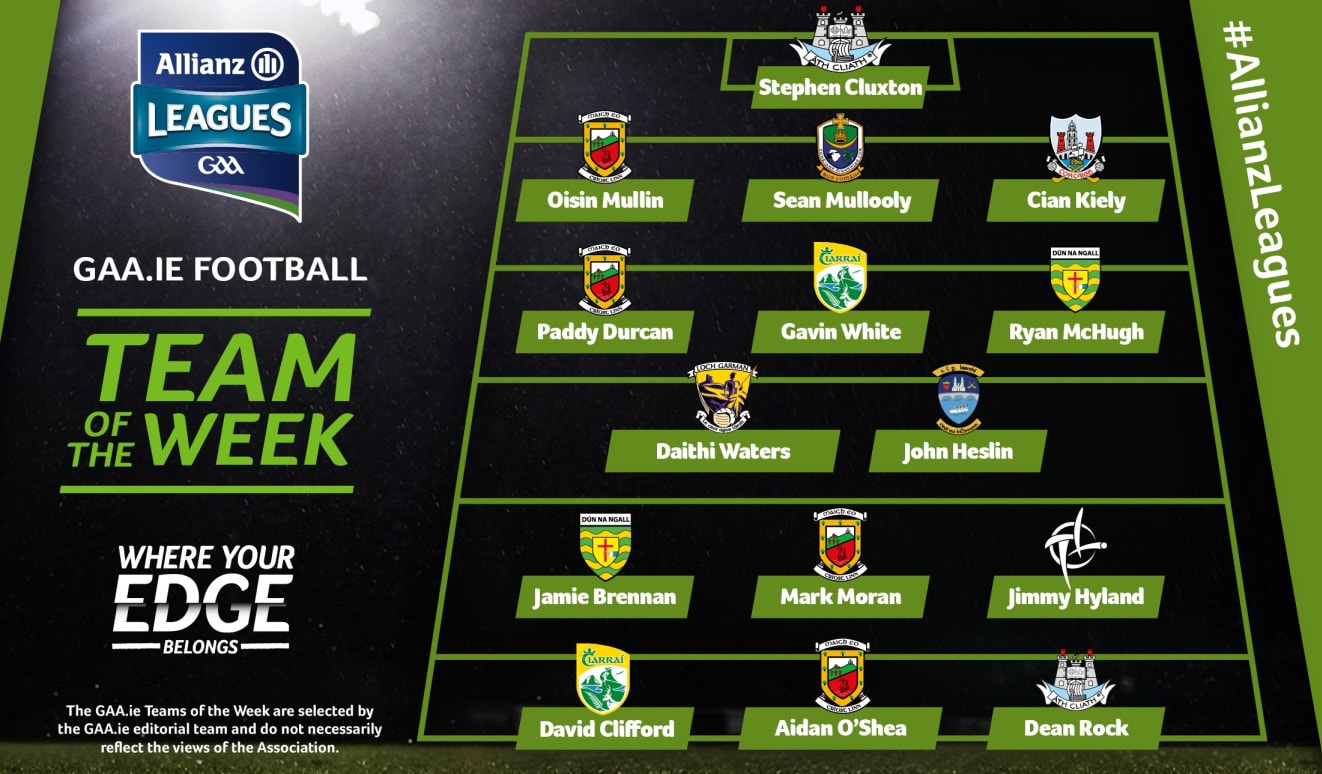 Four Mayo players have made the GAA.ie Football Team of the Week after James Horan’s men ran out 15-point winners over their Connacht rivals Galway in the Allianz National Football League on Sunday.

Oisin Mullin, who put in a combative display at corner-back, was named in the Team of the Week in a full back line also featuring Sean Mullooly of Roscommon and Cian Kiely of Cork. Dublin goalkeeper Stephen Cluxton was named in goal on the team of the week.

Paddy Durcan, who scored 1-2, was named in the half-back line alongside Gavin White of Kerry and Ryan McHugh of Donegal. 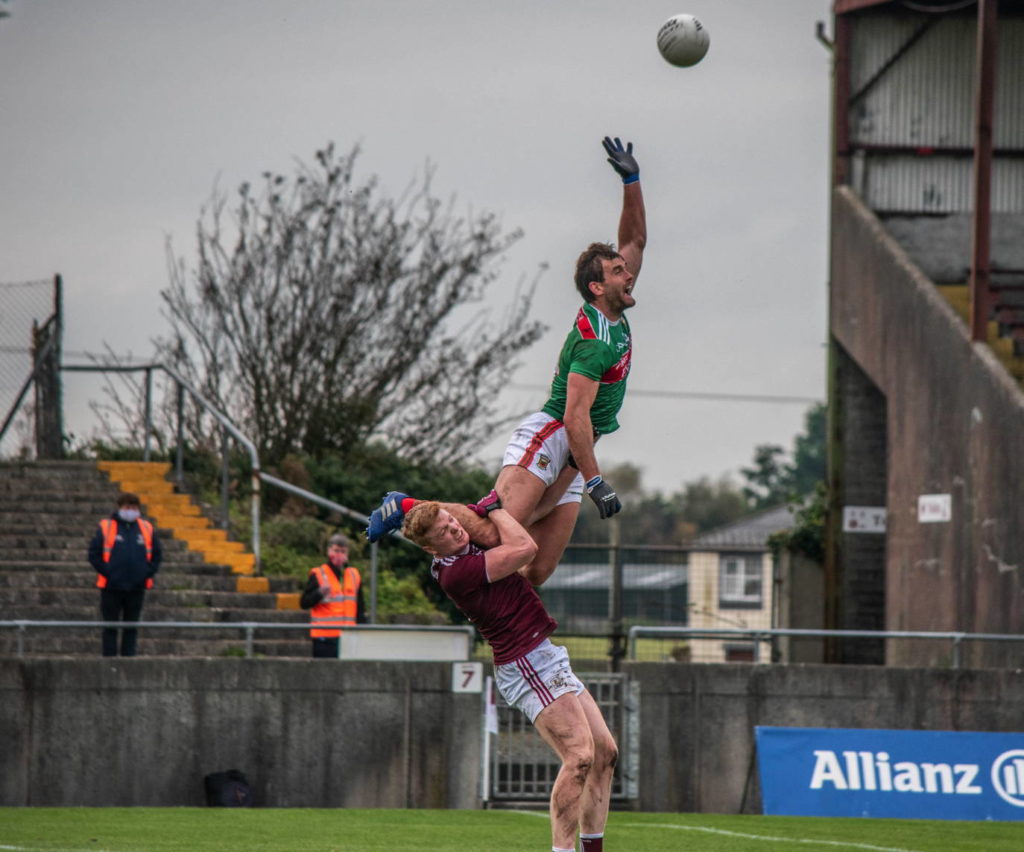 This spectacular shot of Aidan O’Shea and Seán Andy Ó Ceallaigh by Mayo GAA photographer Ciara Buckley has caught the public’s imagination since it was posted to social media on Sunday evening.

No Mayo player filled in the midfield slots of the Team of the Week, though Conor Loftus will be disappointed to have missed out having scored 1-2 at the weekend. The nod instead went to Daithi Waters of Wexford and John Heslin of Westmeath.

The half-forward line is comprised of Donegal’s Jamie Brennan, Mayo’s Mark Moran and Kildare’s Jimmy Hyland, who scored 0-9 against Cavan at the weekend. Moran excelled in his Mayo debut and caught the eye scoring 1-2 and was named Man of the Match by TG4 Sport.

Aidan O’Shea was named in the full-forward line alongside David Clifford of Kerry and Dean Rock of Dublin, the latter of whom became Dublin’s all-time leading scorer in League and Championship at the weekend. O’Shea had an impressive game at full-forward and scored three points.

See tomorrow’s edition of the Western People for comprehensive reports, reaction and analysis from Mayo’s victory over Galway