Mayo’s full 26-man panel for today’s clash with neighbours Galway in the Allianz National Football League has been revealed.

The starting 15 was revealed on Friday night with James Horan set to hand senior inter-county debuts to Mark Moran of Westport and David McBrien of Ballaghaderreen.

Among the fresh faces in the starting line-up includes Oisin Mullin and Tommy Conroy, with plenty of experience in the team with the likes of Lee Keegan, David Clarke and Aidan O’Shea set to make a start.

Notably, there are no players from the Knockmore team that won the Mayo Senior Championship just under a month ago. Michael Plunkett, Padraig O’Hora, Jordan Flynn, Bryan Walsh, James Durcan and Ryan O’Donoghue are among the replacements having featured in the league this year at various stages. Rory Brickenden could be in line for a first appearance at senior level today.

Darren Coen could be an option from the bench too, having had an impressive championship with Hollymount-Carramore. There is also a place for veterans Keith Higgins and Tom Parsons among the replacements, with no Colm Boyle among the options for James Horan today, despite featuring in a recent challenge match for Mayo. 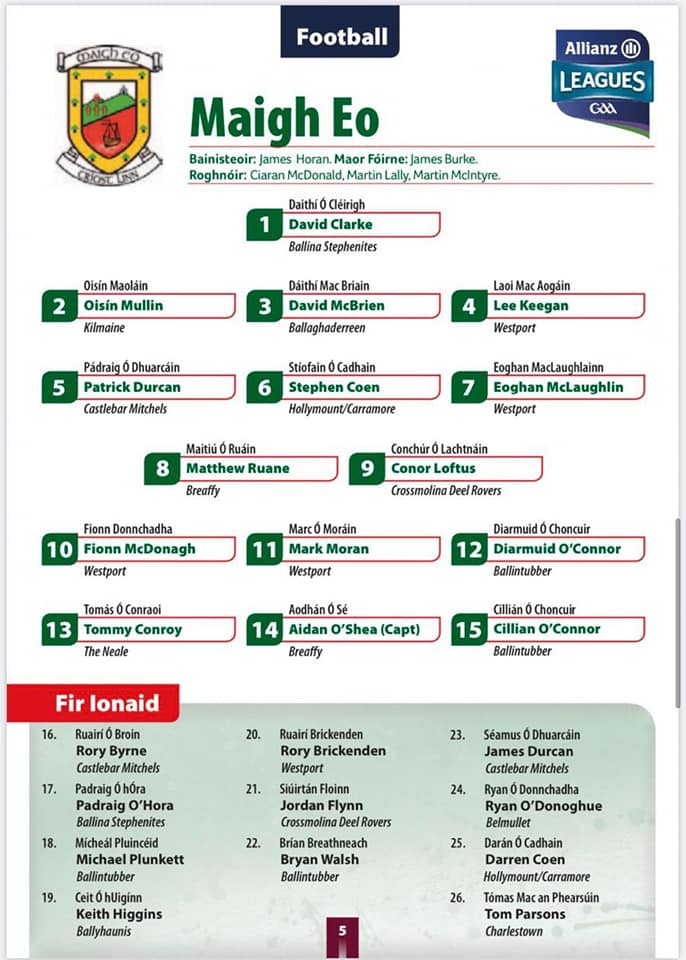 Most notable among the Galway subs is Shane Walsh, the talismanic forward who had been rumoured to be absent through injury, though it remains to be seen if he will feature today. Padraic Joyce has been forced to leave out a number of his Moycullen players after an outbreak of Covid-19 in the squad of the newly-crowned Galway senior champions. There are first league starts for Claregalway’s Conor Campbell, Salthill-Knocknacarra’s John Maher and Corofin’s Jason Leonard. Robbie Finnerty, the son of former Mayo player Anthony Finnerty, will line out at corner-forward. 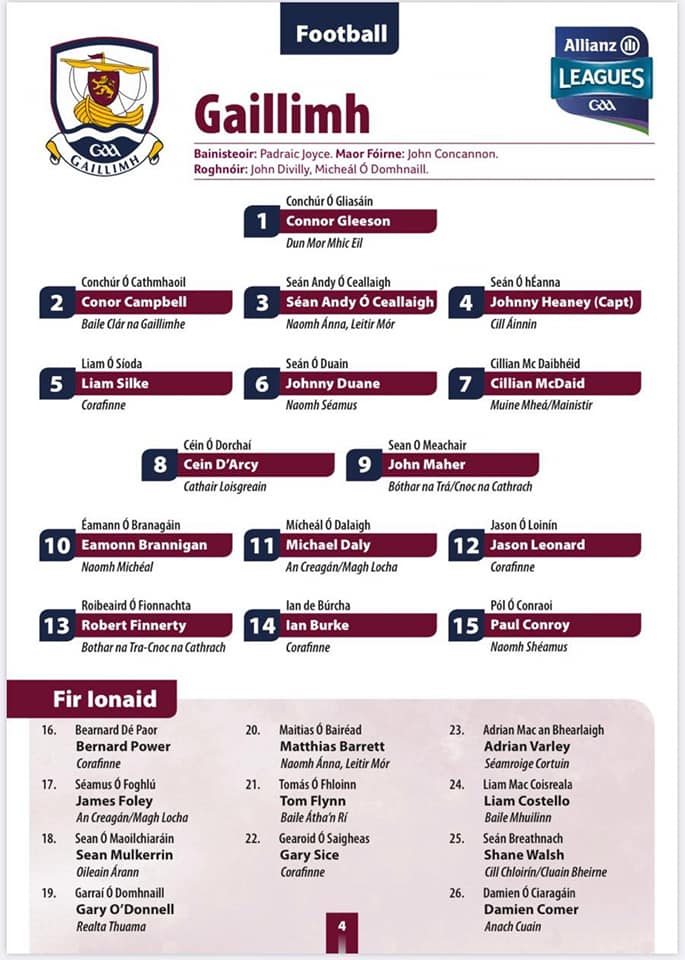