Solan open to new opportunities after leaving U20 role 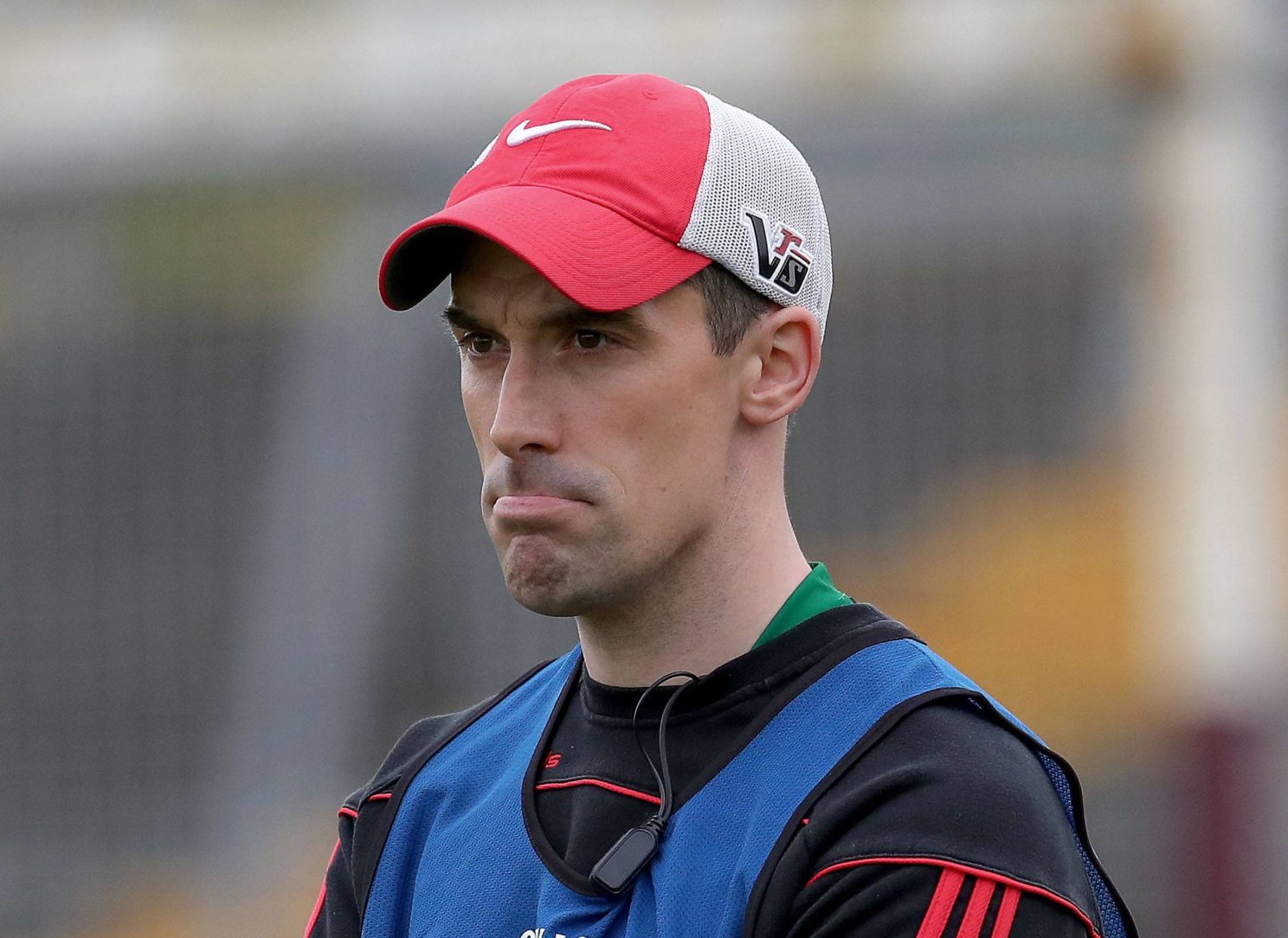 Michael Solan has said he has no immediate plans to take up a new management role after it was announced last weekend that he is stepping down from the helm of the Mayo under-20s, but added that he fully intends to stay involved in coaching and management in the future.

Mayo GAA announced on Sunday that the Ballaghaderreen clubman has stepped away from the under-20 role after five years in charge, a term that included an All-Ireland under-21 title in his first year in 2016 as well as a Connacht under-20 title and All-Ireland final appearance in 2018.

Solan said the decision to step away was one he had thought long and hard about over the course of the year but he ultimately felt the time was right to move on.

“The thinking behind this was very simple. I had done five years and enjoyed every minute of it. I just felt the time had come where the correct decision for myself and my family was to step away,” he said.

“It’s something that I gave an awful lot of thought to over the year. I spoke to my family and to people in my close circle that I trust and I just felt that now is the right time to make that decision.”

The highlight of Solan’s tenure came in his first year in charge when he led a Mayo under-21 team including the likes of Stephen Coen, Diarmuid O’Connor, Michael Plunkett, Mattie Ruane and Fergal Boland to the county’s first All-Ireland title at the grade in ten years with a final victory over Cork in Ennis.

Solan said that for him, however, many of the most satisfying moments in the job came away from the glare of the match-day lights.

“(2016) might be the one that most readily springs to mind for most people, but the best memories for me are away from the matches,” he offered. “There were loads of nights at training where you see lads making really good progress. You get to work with young players who are really trying to make the best of themselves, trying to make that step up to the seniors.

“Getting to work with those lads over a sustained period of time and working with the brilliant lads I had in the back-room teams. We were blessed over the five years that we had some really brilliant people in with us. That’s what made it so enjoyable for me as a manager.

“For me, it was the relationships I formed with the players and all of the people who were there that I will remember more than anything.”

The sheer volume of players from Solan’s underage teams to have since made the jump to the senior team, starting with that 2016 crop and continuing to more recent graduates like Oisin Mullin and Tommy Conroy, has been one of the most satisfying aspects of his tenure.

“Realistically the function of every underage team is to guide lads along and to make sure that they’re physically ready to make the next step up,” he said. “We would be delighted to see the lads who have gone through but really, we just guide them along the way. They were all really talented footballers and our job was really just to put the building blocks in place to help them make that next step.” 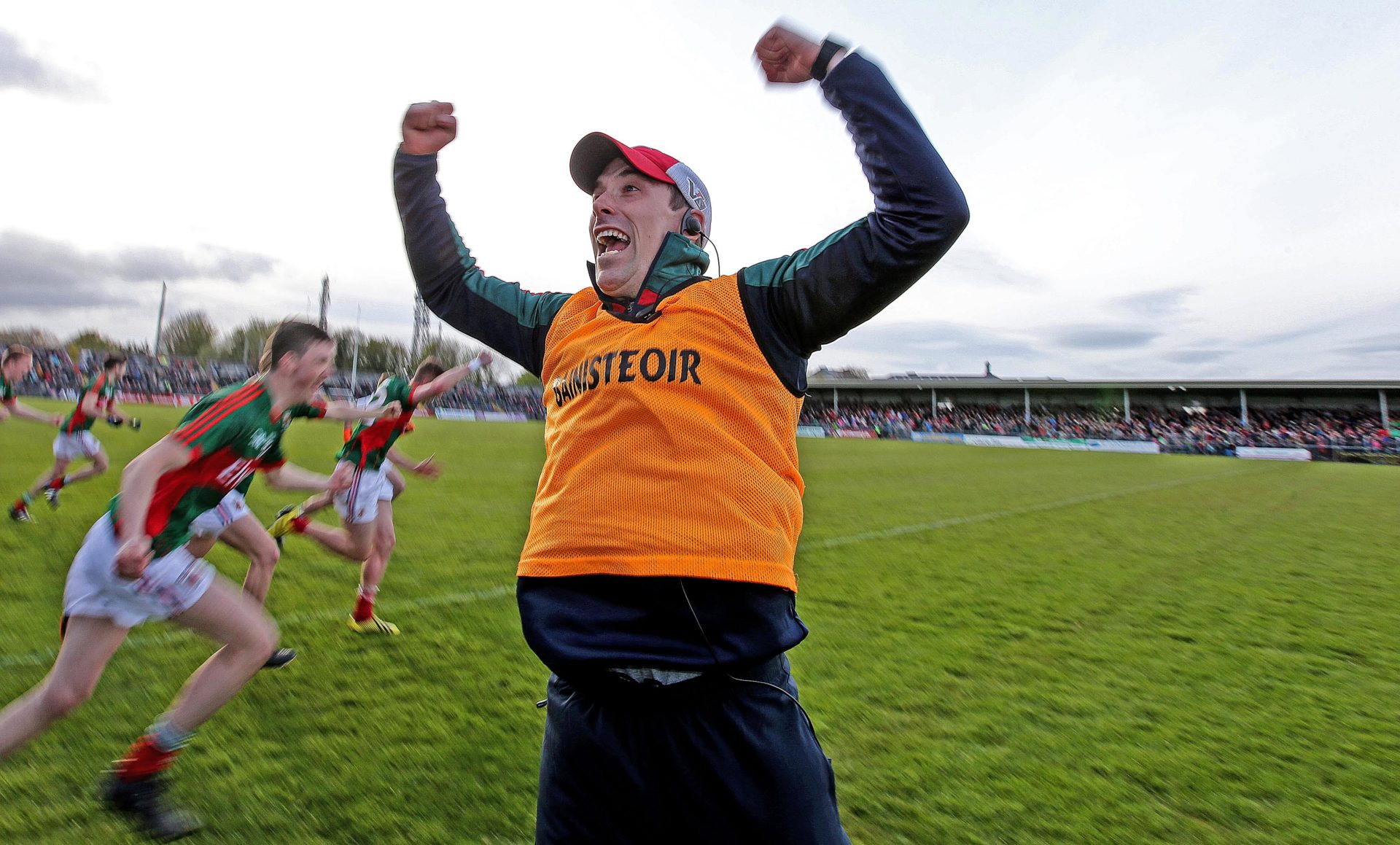 Michael Solan celebrates at the final whistle in Mayo’s under-21 All-Ireland final victory over Cork in 2016. Picture: INPHO/Donall Farmer

Asked whether, from his experiences over his five years with the under-20s, Mayo as a county has its priorities where they need to be in terms of emphasizing the development of players, Solan insisted that the structures in the county are in good health.

“Every county is different, but my experience since I started is that everybody has the same end goal in mind, and all the people I’ve met have certainly wanted to do what’s best for Mayo,” he stated.

“Through backrooms and management of underage teams, people I’ve spoken to at academy meetings, everybody has always been pulling in the right direction. There are a lot of good people involved.

“There’s no county in Ireland that’s doing things perfectly but my experience in Mayo is that everybody is in there for the right reasons and doing their very best to make sure we get as many players through from the academies into the under-17s, the under-20s and on up into the seniors. I think we’re doing awful well.”

Solan will be in high demand as a free agent, a young coach with a strong CV already behind him. Club management may be one option as a next step but the Ballagh’ man insisted that he has yet to give any real consideration to his next role.

“To be honest I haven’t, because most of my time recently would have been spent considering this decision. It would have been a huge decision for me to make because I’ve been a Mayo supporter and follower all my life and loved every minute of the job,” he said.

“There are no plans in place, I haven’t been talking to anybody about any other jobs at this point. I wouldn’t be considering anything at the minute. I need a bit of time to try and digest the five years and to figure a few things out, and then maybe in a couple of weeks or a couple of months I’ll start considering what comes next.

“I love football and it’s my absolute intention to stay involved for a long time yet. I don’t know what the future is going to hold but I’ll certainly be staying involved in some way.”