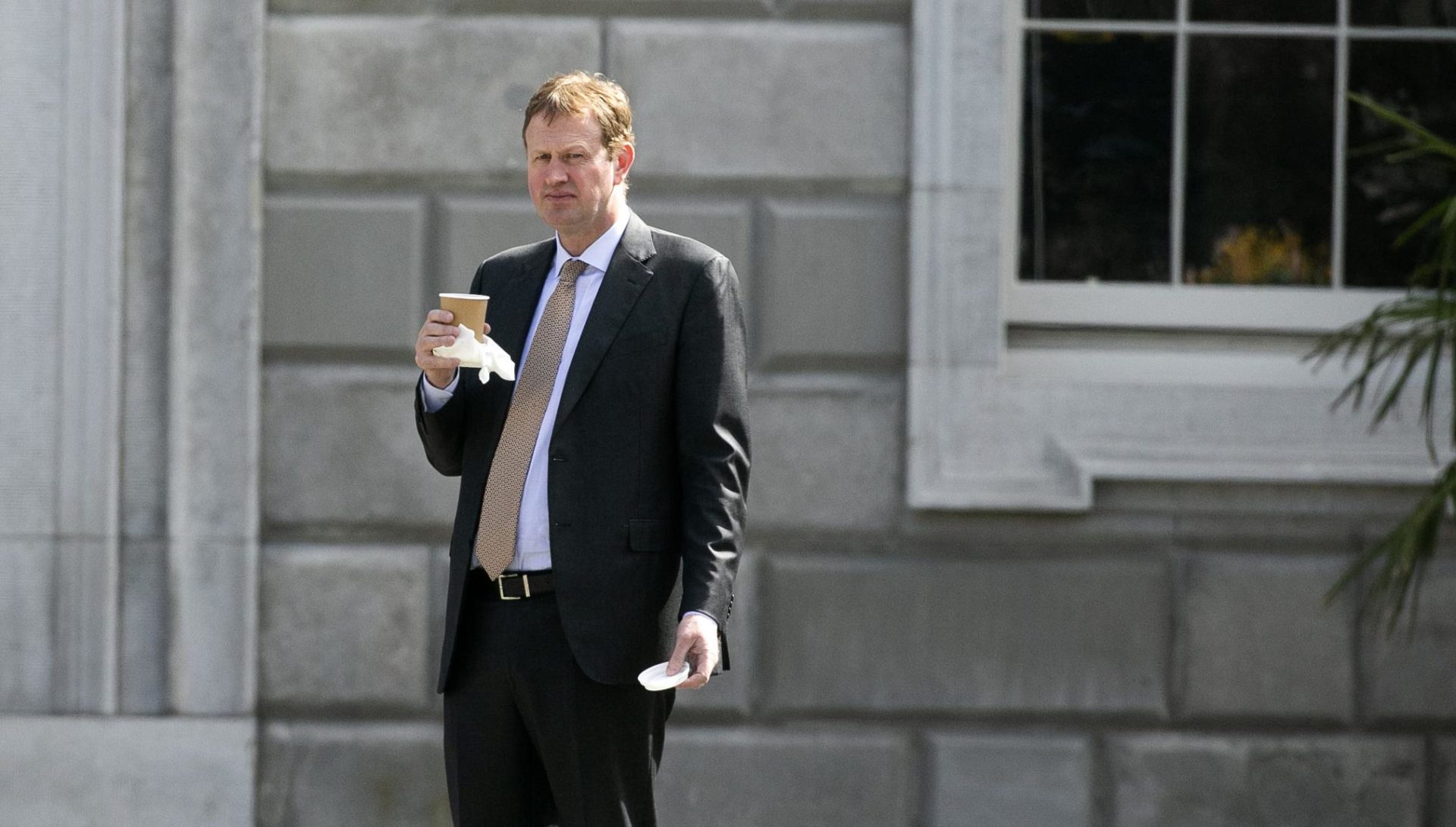 Fianna Fáil’s Jim O’Callaghan outside Leinster House in April; the Dublin TD is reaching out to young people in an attempt to find a new identity for his party. Picture: Sam Boal / RollingNews.ie

When looking for guidance as to how to find your way, the oldest joke is that you wouldn’t start from here. An ancient joke it might be, but it does feel very appropriate for Fianna Fáil just now. Even many of their die-hard supporters feel they are struggling to identify with the party at the moment.

Strangely, ever since they returned to what they once considered their natural place in government, the party has been struggling to find its place in the political spectrum. When you are regularly polling lower than you did during the great crash, you know it’s serious. It’s worse up here in Dublin. A Fianna Fáil voter in Dublin is the red squirrel of the political forest. A young Fianna Fáil voter in Dublin is a political dodo.

In the midst of historic times, why should this be so? It isn’t just that Leo seems to have got his mojo back, becoming once again the punchy tweeter and talker he was before his time as Taoiseach. Nor is it that Mary Lou can relate more easily to the common person, and in simpler language.

The political world has changed, and in that new world, Fianna Fáil can’t find their place on the map. They know that themselves; among the endless leaks from recent meetings of their parliamentary party, it was revealed that the question of what Fianna Fáil stands for had been posed. In this time of recognising symptoms, any political doctor will tell you that a party is in big trouble when it starts to ask itself what it is for. Some answer that question by reference to its heritage and tradition. But justifying your existence by reference to your longevity isn’t much use in fast-moving times. In the age of the internet, tradition is what you did yesterday.

In Ireland today, more and more people are on one side of that divide, and Fine Gael and Sinn Féin are the charioteers for each side. Those parties don’t need to ask themselves where they are on the political map or what they stand for. Why? Because in each case the answer is simple: they just point at each other and say: ‘to oppose them’. You can hear their divide in every discussion we have these days — and none of it works out well for Fianna Fáil.

Sinn Féin’s repeated tactic is to get at Fianna Fáil by making constant reference to Fine Gael. By doing so they say to those Fianna Fáilers, uncomfortable with this new alliance, that Fine Gael is the smugly comfortable problem, and that Sinn Féin is the solution.

Fine Gael’s approach is to say Sinn Féin just want to criticise, whereas they want to govern. They position themselves as the defenders of those who worry that Sinn Féin’s solution to everything would always be to spend more money and to take that money from you. They say to voters that we will keep the heat on Sinn Féin better than Fianna Fáil ever could.

So if you are a Fianna Fáiler, and are angry at the government, you move to Sinn Féin.

And if you are a Fianna Fáiler, and you think that someone needs to govern the country and Sinn Féin worry you, you move to Fine Gael.

If you are young, you don’t even consider Fianna Fáil as an option. The young — even with the broadest definition — are simply not voting for the party. Fianna Fáil has become in many ways the pensioners’ party, which might be OK if they had all the pensioners, but they don’t.

Many politically active and idealistic young people will never cease telling you how much they dislike Fine Gael. When it comes to Fianna Fáil, you get the sense they couldn’t be bothered to be angry. Oscar Wilde had a famous line about this — not being talked about is the worst political fate of all.

Socially and culturally Fianna Fáil simply can’t relate to young people — in any way. They have the housing ministry, so they could relate to young people by building houses for them. That’s their big opportunity — but in community after community they will find older people objecting to those new houses. And those older people still vote Fianna Fáil, so whose side will their TDs be on?

And that is Fianna Fáil’s problem in a nutshell; they don’t really know what they have to say to anyone right now. So where do they go from the place you wouldn’t want to be starting from?

It does seem at least that Micheál Martin is finding his feet as Taoiseach. He is at his best when addressing serious national questions, with the north and Brexit the highlights. His long-standing commitment to peaceful and harmonious relations on this island is an anchor of his political career. He knows that the answer to the political convulsions arising from Brexit is not to demand a sectarian headcount and try to make it sound uplifting by calling it a referendum on ‘unity’.

Being right on these questions will be important for the nation, but in themselves they are not a political profile and position — and Fianna Fáil need these to be relevant. That brings us back to the groupings we talked about. So, one-third of voters are attracted to Fine Gael, and one-third to Sinn Féin and to the variety of hard-left groupings. That’s two big blocks, but what of the rest?

The big third grouping is the moderate left, made up of the Greens, Labour and the Social Democrats. Those voters are repelled by their sense that Fine Gael side with those people with the most, and by their sense that Sinn Féin’s approach is to demand everything and pay for nothing.

The three parties in that tradition fight with each other based on a script, which is written based on whichever of them happens to be in government at the time. They think the same on virtually everything and thus form a coherent body of opinion, which gets around 15% of the vote.

Fianna Fáil is a fourth grouping, but with no clear position it must surely choose which of the other three blocks it will join. Fine Gael do the solid and reliable rather better than them. Sinn Féin has monopolised the ‘plague on all your houses’ vote. That leaves the moderate left.

Can Fianna Fáil, from government and in the middle of a pandemic, lead it? That’s a hard ask, and not without risks — but starting from where they are, what have they got to lose?