New faces in the mix to make their Mayo bow 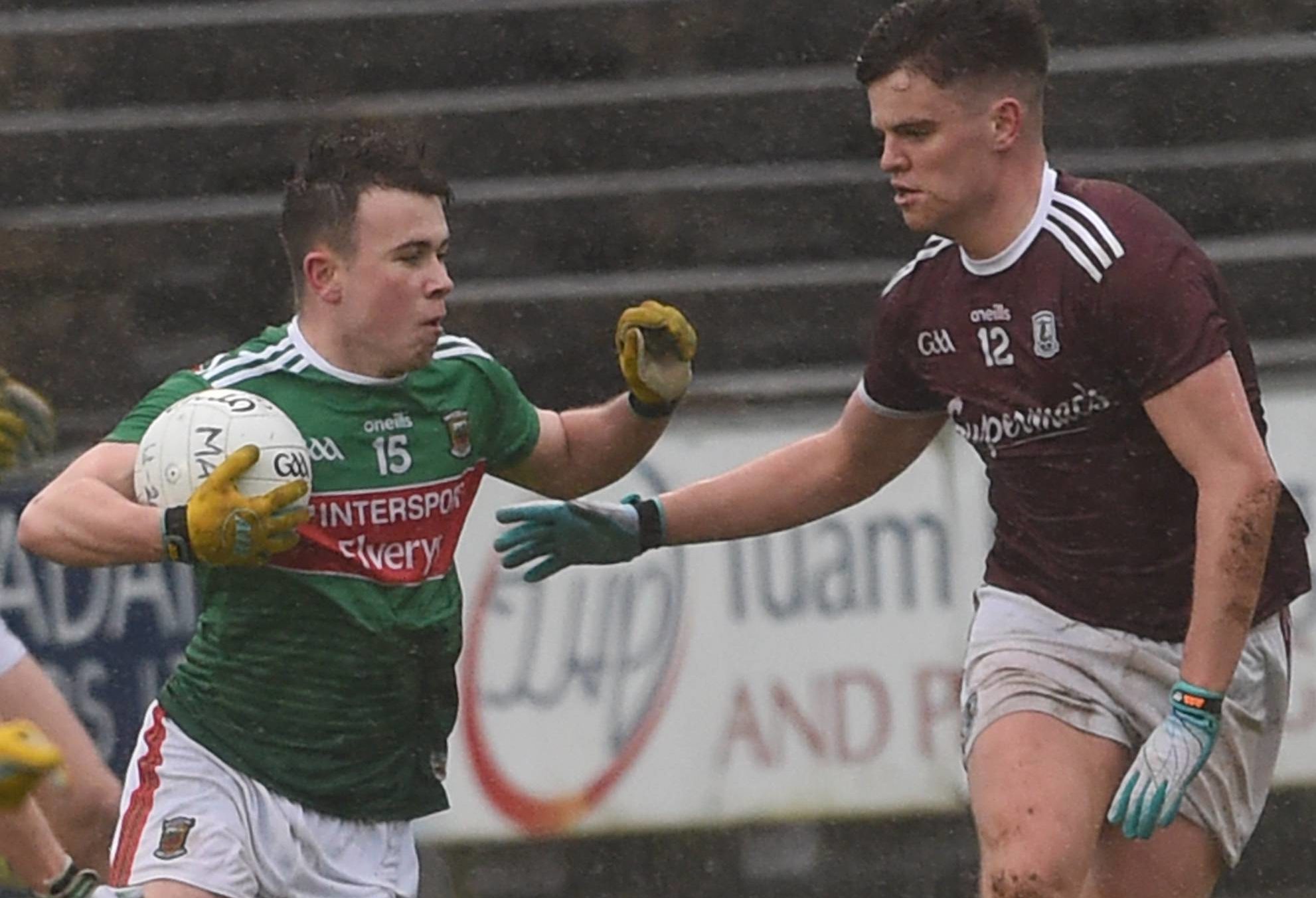 Paul Towey is challenged by Galway’s Paul Kelly during the Connacht U20 Championship clash between the counties earlier this year. Picture: David Farrell Photography

Despite the seriousness of the matches in store, Andy Moran expects a number of players will make their senior debuts for Mayo in the coming weeks.

As part of the Mayo U20 management team, Moran this year got to see first hand just what’s on the conveyor belt of Mayo football — and liked what he saw. Michael Solan’s side may have lost an epic Connacht championship match with Galway this year, but plenty was gained from the season nonetheless.

“With Oisin Mullin already in the senior squad, we went with the mindset that if we could get another two, maybe three into it, we’d be happy,” said Andy Moran. “It ended up there were four brought in from the U20s which is really good because it shows that bit of connection between what we were doing and what James (Horan) is trying to do with the seniors.”

Joining Mullin, who became an NFL regular earlier this year, were Charlestown’s Paul Towey, Rory Brickenden from Westport, Jack Coyne of Ballyhaunis and Ballaghaderreen’s David McBrien. Towey also ended up making his NFL debut when coming off the bench to score against Monaghan and he repeated the trick the following week against Kerry.

“I think you’ll see some of those guys over the next five weeks,” said Moran. Brickenden featured off the bench in a near full-strength Mayo team that played Donegal in a recent senior challenge.

“McBrien and Coyne are super defenders,” added Moran. “That’s my East Mayo hat on me. But they are and they have real chances. David is 6’ 2”, an athlete, very quick and as a full-back has the makings to go for it. Young Coyne is brilliant.

“That under-20 team this year was really exciting. Those Mayo and Galway teams are going to see battle again. They had a great game that day,” recalled Moran. “There’s not a lack of talent. Are they as good as the Aidans and Lees and all these guys that went before them? Only time will tell. But the likes of Frank Irwin, if we can keep him in the country, this guy has such talent and has a real chance too.” 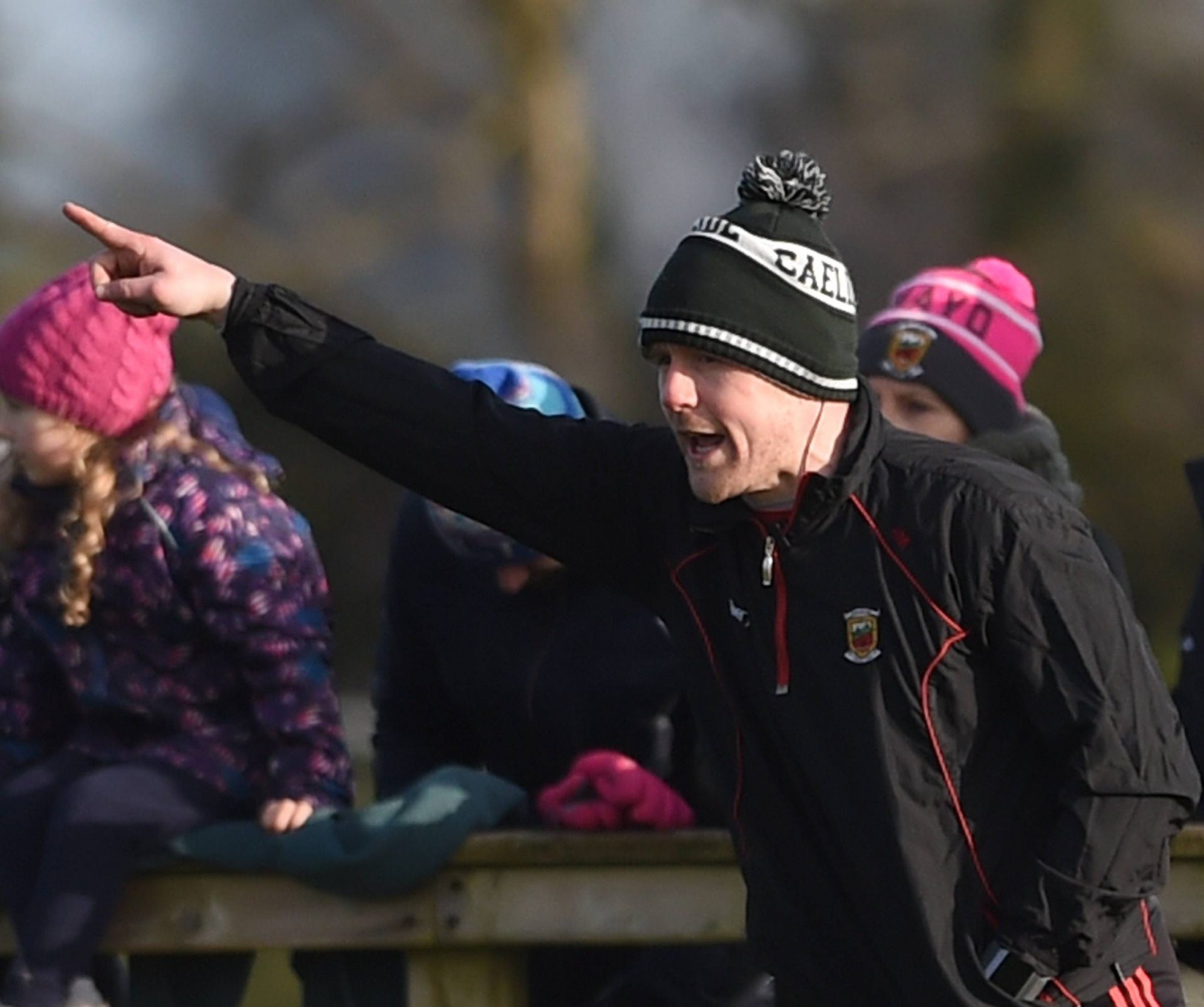 Andy Moran issuing instructions from the sideline in his role as a selector with the Mayo under-20s. Picture: David Farrell Photography

Irwin, from Ballina, is on the radar of AFL clubs, and the same is true of Oisin Mullin. Cian Hanley, however, returned from Australia in 2018 and although he was handed an immediate opportunity by Stephen Rochford, the Ballaghaderreen man has struggled to make an impression in James Horan’s plans.

“I’d be biased but I’d love to see Cian in there,” admitted fellow clubman Andy Moran. “I think he’s someone with something to offer. But that’s a conversation between Cian and James and the two of them would have to sit down.”

Knockmore’s Darren McHale and Mark Moran of Westport are newcomers who have featured in Mayo’s attack during recent challenge outings, with appearances too for Eoghan McLaughlin on the back of his league breakthrough earlier in the year.