A former Dublin GAA star believes Mayo have ‘suffered’ with the emotion of big occasions and may benefit from the lack of crowds in this year’s All-Ireland football championship. 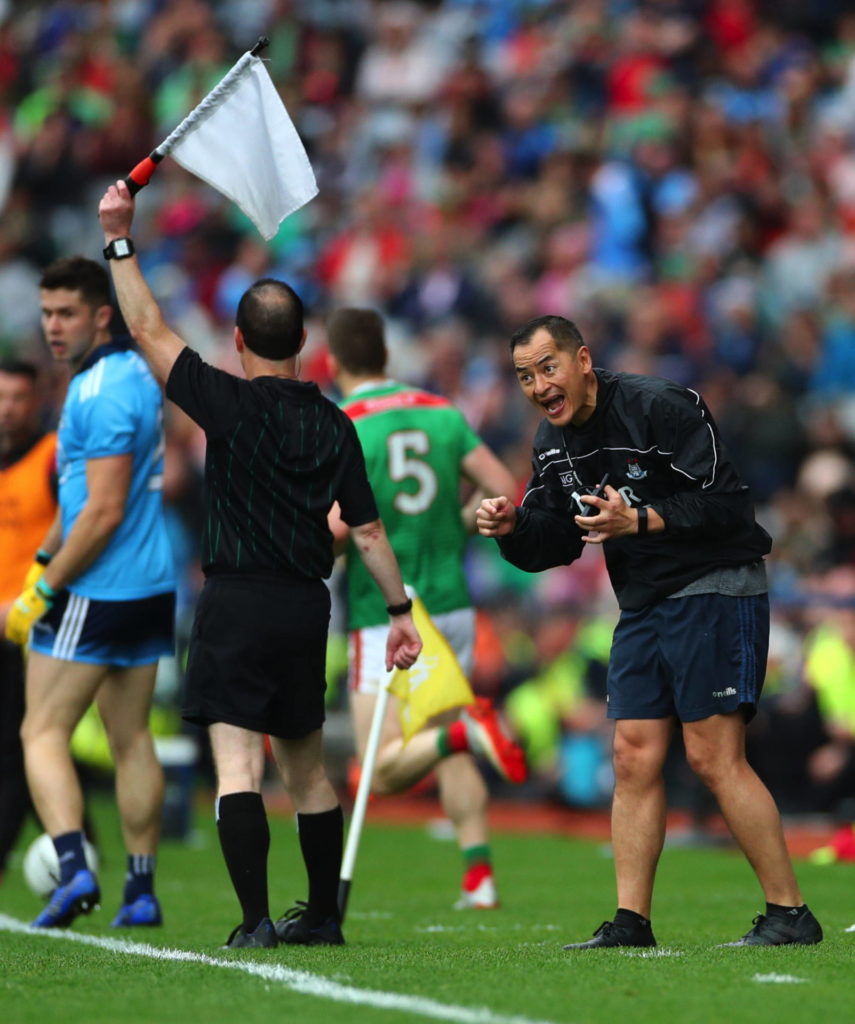 It appears almost certain that the 2020 championship will be played out sans spectators. All-Ireland winner Jason Sherlock, who was also a key member of Jim Gavin’s 5-in-a-row management team, said he feels the absence of crowds could mean the weight of expectation will not weigh so heavy on Mayo’s players. 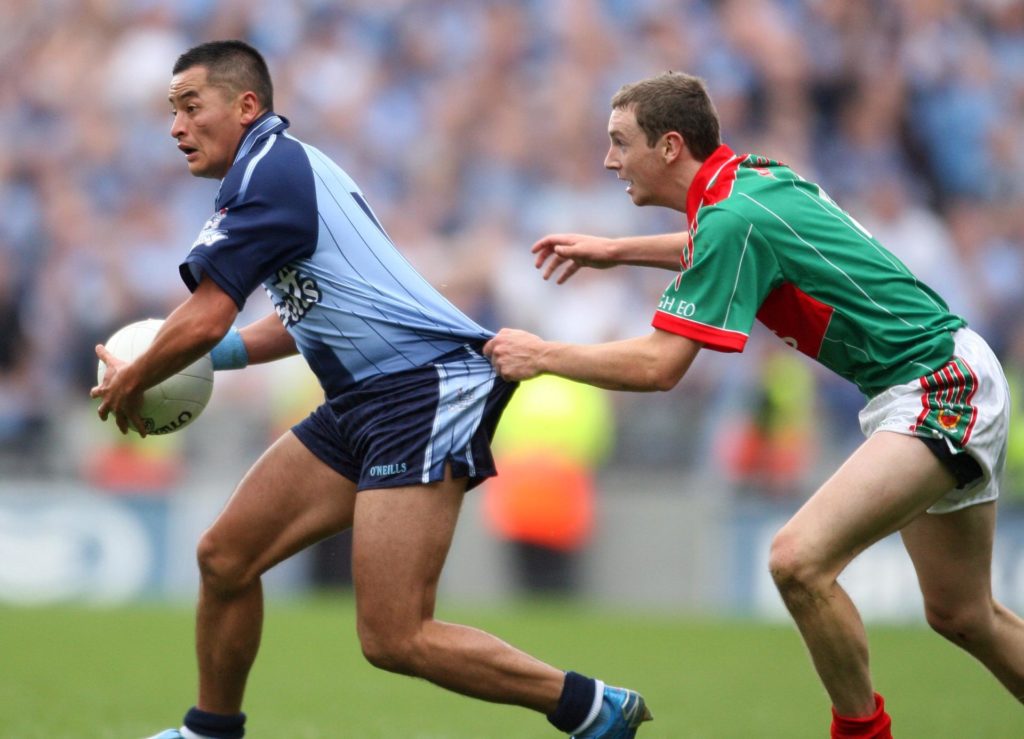 Jason Sherlock is held by Keith Higgins of Mayo in 2006.

“There are other teams that kind of you’d feel they could be playing anywhere and it doesn’t impact them,” said Sherlock. “Off the top of my head, the one I’d be interested in is Mayo.

“I think Mayo have probably embraced emotion but they’ve also I think suffered sometimes with the emotion of crowds and situations in games, so it will be interesting to see what impact it has on all teams,” the ex-Dublin coach added.

“I think it’s going to impact on everyone and as a fan, which I am, I’d be interested to see what teams embrace the challenges and what teams are obviously challenged by it.

“If I was involved and looked towards league games and then the Championship, there is an additional layer of protocols that Covid has brought in and that is going to be a challenge for every team, and from a logistics point of view. Then going into environments without fans, that will be interesting because there are teams and systems that lend themselves to having a crowd behind them and having support there.”