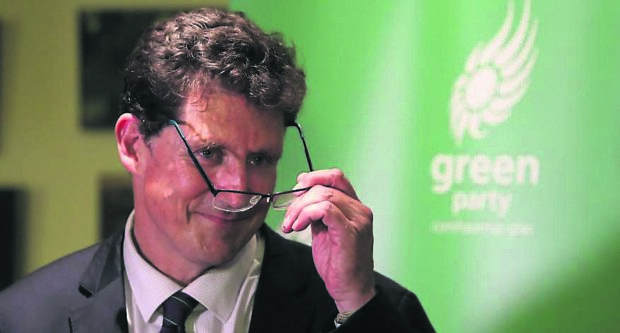 The Irish Exporters’ Association (IEA) welcomed comments from a senior Government minister that are supportive of the Western Rail Corridor.

In its 2021 pre-budget submission, published on Thursday last, IEA welcomed the recent comments by Minister for Transport Eamon Ryan who expressed his desire to reopen the corridor, while also linking to the ports of Foynes and Waterford.

Minister Ryan said: “We need to consider this matter, not just as it relates to the section of the rail line between Athenry and Claremorris, but in the wider regional context. I would go ever further south and add to this the potential reopening of the Foynes freight rail line, which I understand is a prerequisite if Foynes is to get any support in developing as a European TEN-T international port, in that the port, in any such development, must have rail freight capability. That makes sense because Europe is moving towards rail freight as a significant part of our climate change agenda.”

In its submission, the IEA states: “It is becoming increasingly apparent and ever more urgent that Irish freight will be snarled up in any delays that occur in British ports from January 1 next, whatever the outcome of [Brexit] negotiations. Britain is not ready for the transport challenges of Brexit. Alternatives to the landbridge using direct shipping from Irish ports to France and the Netherlands will be required to keep our supply chains flowing.”

The body welcomed Minister Ryan’s comments highlighting the importance of developing rail networks as part of a new strategy.

“We welcome the comments about the potential reopening of phases two and three of the Western Rail Corridor. The IEA believes increased rail freight capacity should play a significant part in our climate change agenda. The further expansion of rail freight [can] contribute to Ireland’s regional development.”