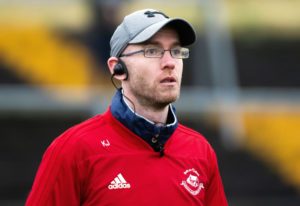 Ballintubber GAA Club has announced that Kevin Johnson has stepped down from his role as manager of the club’s senior team.

A native of Sligo, living and working in Galway as a maths teacher, Johnson enjoyed a successful three-year spell in charge of the West Mayo club, during which time he led the team to back-to-back county titles, with wins in the 2018 and 2019 finals over Breaffy and Ballaghaderreen respectively.

Representing Mayo at provincial level, Johnson and Ballintubber lost out to Corofin in both 2018 and 2019.

This year in the Mayo Senior Championship, he guided Ballintubber to a first-place finish in a group featuring Aghamore, Davitts and Moy Davitts. They were knocked out of Moclair Cup contention by eventual winners Knockmore in the quarter-finals.

Throughout his time as manager of Ballintubber, Johnson utilised a core of experienced players such as Cillian and Diarmuid O’Connor, Jason Gibbons and Alan Dillon while also creating pathways into the senior team for younger players such as Ciaran Gavin, Keelan McDonnell and Stephen O’Malley.

“After three very successful years with Ballintubber GAA Club, Kevin Johnson has stepped down from his role as manager of our senior team. In those three years, Kevin and his management team have guided our seniors to back-to-back senior county titles, a great achievement in any sport. On behalf of Ballintubber GAA Club we wish Kevin and his family the very best in the future and wish him well in whatever path he takes.”