Mayo cyclist among the medals at national championships 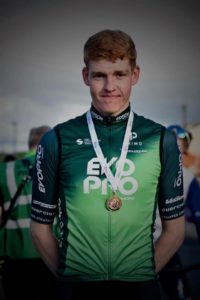 Westport native Ben Walsh took home a bronze medal for the U23 level at the Cycling Ireland Road Race National Championships yesterday. Walsh, a member of the Evo Pro cycling team, finished his race with a time of 3.45.44 and was 14th overall on the Senior and U23 Mens Race, finishing as the third-highest U23 racer.

Keith Mulroy finished in eighth place in the Junior Men’s race with a time of 2.38.43, in a tight affair that saw him just one second off a podium finish.