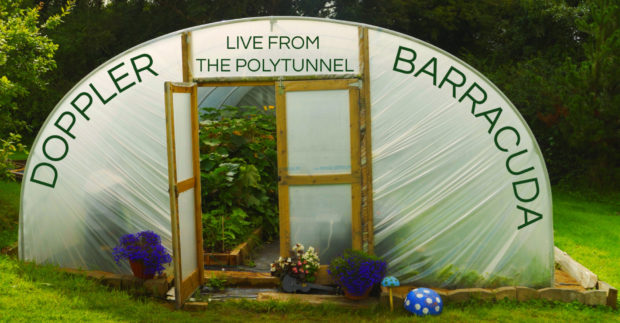 The newest release by a Mayo-based band is guaranteed to be one hundred percent fresh and organic – as they recorded it live inside a polytunnel in the lead singer’s back garden.

Doppler, with members from Pontoon and Ballina, got together in frontman Jamie Mulrooney’s polytunnel to record their newest song ‘Barracuda’, a move which Jamie said was born more out of necessity than anything else, with funds tight due to the effective shutdown of the live music scene.

“Myself and the lads, Kevin Donnellan and Mick Dempsey have practised a lot and wrote a lot of songs over the summer. We wanted to go to the studio to record but cash is tight. We said, well we haven’t got the money but we have a laptop, our gear and a polytunnel to play in.”

“A good friend of mine, Fionn Rogers recorded it. We really made the best of what we had. We wanted to show people we can still do live music and even better we got to do it with this cool aesthetic.”

The band, who released ‘A Memory’ to great acclaim earlier this year, have been eagerly awaiting the return of the live music scene, like many other bands around Ireland.

“We wanted to give people new music which is always something to smile about but its expensive to put out a single officially,” said Jamie.

“The three of us would have been gigging regularly locally. The pubs are open again but not many are in a position to facilitate live bands and musicians are taking a serious hit because it is difficult to get regular gigs.”

Barracuda will be released on Doppler’s social media platforms this Wednesday. 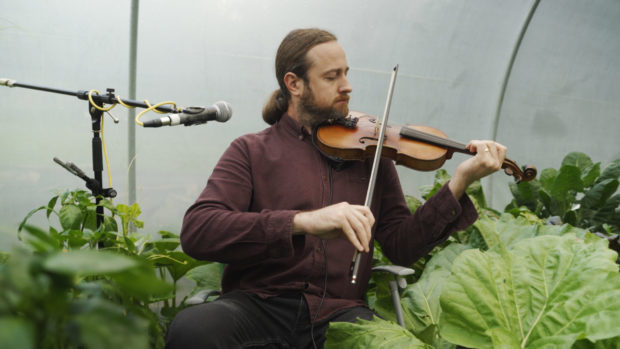